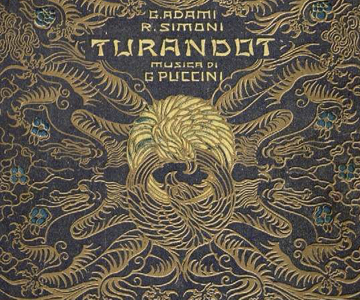 Giacomo Puccini (1858–1924)/Luciano Berio (1925–2003), Act 3 from Turandot (1924/2001); Ferruccio Busoni (1866–1924), Turandot (1917)Puccini had the highest of hopes for his final opera, which was far removed in its musical language and subject matter from the world of verismo. When he met his untimely end after surgery for throat cancer, he had completed all but the opera's closing scene. At Toscanini's recommendation, Alfano was commissioned to compose it, and although many would find his posthumous completion both musically and dramatically disappointing, it is in this form that Turandot endures. Only very recently did a viable alternative emerge, when Berio (whose completion of Schubert's tenth symphony was heard at Bard two years ago) made his own attempt. The Guardian pronounced this “the ending [Turandot] deserves,” and the New Yorker agreed:

"Berio's effort is far more satisfying than Alfano's, not only because it is beautifully crafted but because it honors the fact of Puccini's death; the new material begins with a shivery sequence of polytonal chords, suggesting a spirit gliding away, while also recalling the harsh sonorities with which the opera began. This version ought to replace Alfano's at the Met and elsewhere."

It is not known whether Puccini knew Busoni's operatic adaptation of the Turandot fable. This was completed seven years before his own, in comparison with which the New York Times describes it as "cool and analytical," yet "distinctive, challenging and true." Program Eleven, "The Turandot Project," pairs the two, juxtaposing the final act of Puccini's opera, as rendered by Berio, with Busoni's setting of the same story. Returning to helm both semi-staged productions is R. B. Schlather – praised by the New York Times for his "intriguing, inventive directorial vision" – who previously collaborated on celebrated SummerScape stagings of The Wreckers, Euryanthe, and Die Liebe der Danae. With original designs by Paul Tate dePoo III, named "2015 Young Designer to Watch" by Live Design magazine, the two productions share a stellar cast that includes soprano Melody Moore, who makes her Carnegie Hall recital debut this spring, and baritone Steven LaBrie, a top prize-winner at the 2016 George London Foundation Awards. Anchored by Botstein and the American Symphony Orchestra, it is Bard's back-to-back presentations of these two contrasting takes on the same epic tale that draw the Bard Music Festival – and indeed, the entire seven weeks of Bard SummerScape – to a truly electrifying close.
August 14 at 4:30 pm