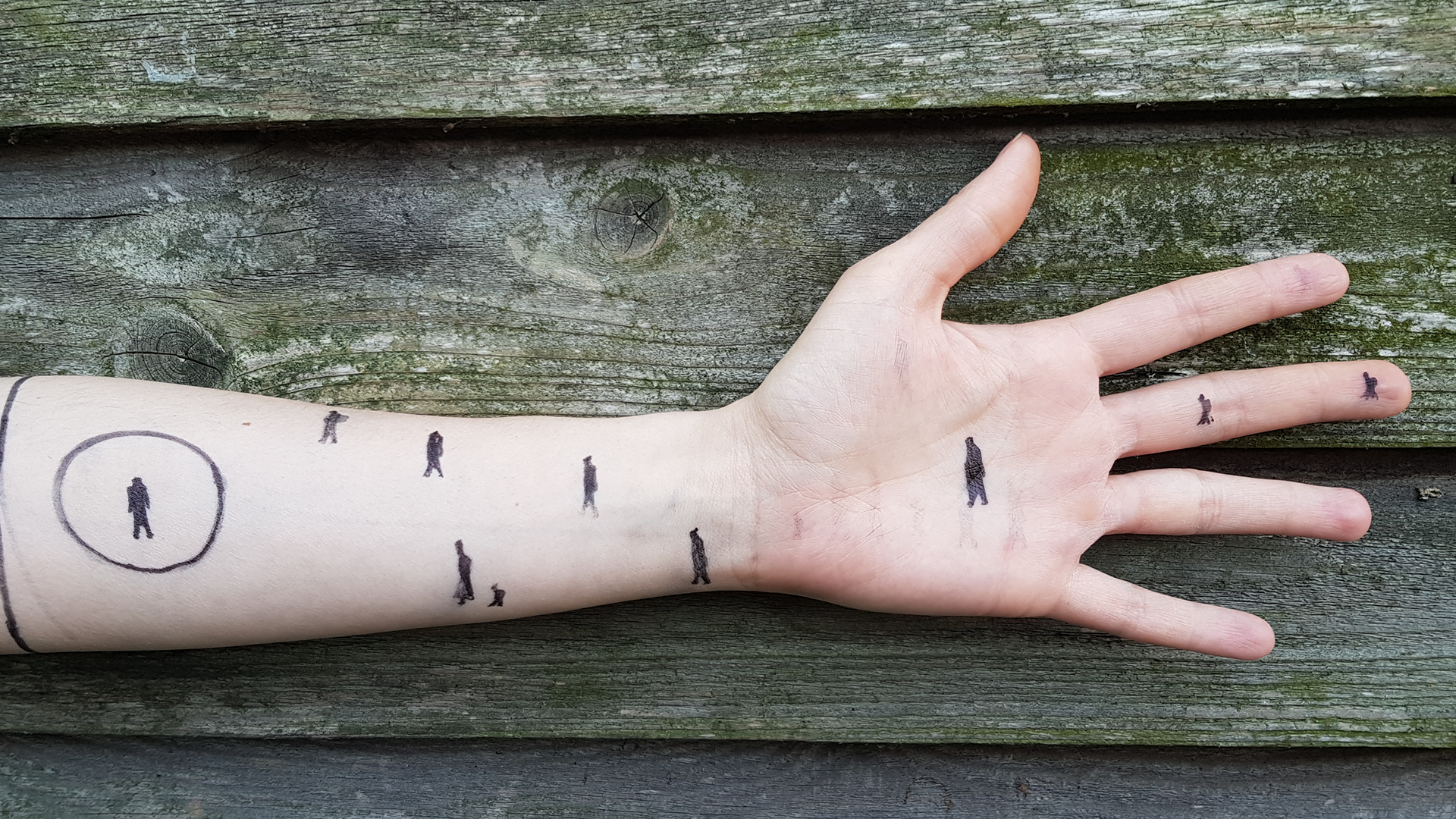 Image Courtesy of the Artist

Tania El Khoury is a live artist creating installations and performances focused on audience interactivity and concerned with the ethical and political potential of such encounters. She is a Distinguished Artist in Residence of Theater and Performance and Director of the OSUN Center for Human Rights & The Arts at Bard College, New York. Her work has been presented in multiple languages across six continents. She was a 2019 Soros Art Fellow and the recipient of the Bessies Outstanding Production Award, the International Live Art Prize, the Total Theatre Innovation Award, and the Arches Brick Award. Tania holds a Ph.D. in Performance Studies from Royal Holloway, University of London. She is associated with Forest Fringe collective of artists in the UK and is a co-founder of Dictaphone Group in Lebanon, a research and performance collective aiming at questioning our relationship to the city and redefining its public space.

Basel Zaraa is a Birmingham-based Palestinian performer, musician, and stencil graffiti artist whose work explores how war, occupation, and displacement are experienced through the everyday struggles of his people. Since 2016 he has collaborated with Tania El Khoury on As Far As My Fingertips Take Me and As Far As Isolation Goes, two one-to-one installations that use painting, touch, and sound to connect audience members with the stories and struggles of refugees. As a musician and rapper, he has collaborated with a range of artists including Akala, Lowkey, and Katibeh Khamseh, and has toured the UK and internationally with PsycheDELIGHT’s Borderline. He is part of Alleyway Radical Theatre, which combines hip-hop with shadow theatre. Since the Covid outbreak, he has been performing a digital reworking of As Far As Isolation Goes, and is currently working on Dear Laila, an immersive installation commissioned by Good Chance Theatre which recreates childhood memories through a miniature replica of his family home.

Preparing for the event

What to expect during the event

Instructions on how to access the event will be emailed to you from the Fisher Center Box Office after you reserve your ticket.

A follow-up email will be sent the day of the event, from boxoffice@bard.edu.

If you have any additional questions or technical issues, please contact the Box Office by calling 845-758-7900 or emailing boxoffice@bard.edu.

As Far As Isolation Goes (Online) is a collaboration between live artist Tania El Khoury and musician and street artist Basel Zaraa. Reimagined for an online context during coronavirus lockdown, the piece is built from their original collaboration entitled As Far As My Fingertips Take Me in which El Khoury commissioned Zaraa to record a rap song inspired by the journey his sisters made from Damascus to Sweden.

In As Far As Isolation Goes, Zaraa and El Khoury worked together to create another iteration of their previous piece focused on mental and physical health experiences of refugees in the United Kingdom. Zaraa created a song inspired by conversations with friends and colleagues who have recently claimed refuge in the UK.

In this online, interactive, 1-on-1 performance As Far As Isolation Goes (Online) uses touch, sound, and interactivity to bring audience members in contact with those faced with inhumane detention centers and a mental health system that disregard their political and emotional contexts.
​

Please consider sharing the drawing on your arm on social media using the hashtag #AFAIG21 and tagging @fishercenterbard on Instagram or Facebook, or email it to us at fishercenter@bard.edu.