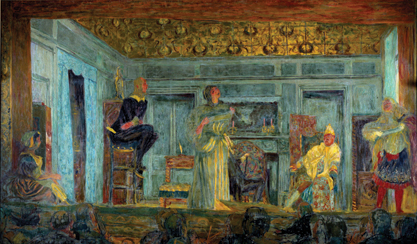 The Imaginary Invalid by Molière

Jean-Baptiste Poquelin, who wrote and achieved immortality as Molière, made his dramatic debut in a converted tennis court and went on to direct and perform in his own comedies under the patronage of King Louis XIV. In such satirical romps as The Misanthrope, Tartuffe, and The Miser, his nimble way of skewering the rich, powerful, and pretentious, as well as hypocrites of every stripe and persuasion, both delighted and outraged the audiences of his day, and the plays have lost none of their freshness and bite more than three centuries later.

The Imaginary Invalid—Molière’s final play—elicits comedy from the phantom agonies of Argan, a housebound hypochondriac who schemes to marry his daughter to a doctor. (In more than a touch of irony, the playwright, while acting in the title role, suffered a hemorrhage and died a few hours later.) Erica Schmidt, who directed three previous SummerScape offerings—The Tender Land, The Sorcerer, and Uncle Vanya—leads a spirited cast in this production.

This performance has been underwritten by the Martin and Toni Sosnoff Foundation.