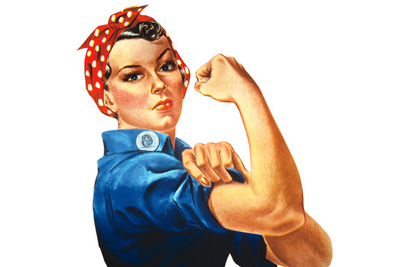 Music Alive!
“Dynamic Women Making Music from Around the Globe”

Blair McMillen has established himself as one of the most versatile and sought-after pianists today. The New York Times has described him as “new music’s torchbearer” and has raved about his “riveting, sharp-edged, cluster-driven pianism.” Recent highlights include the Walter Piston Concertino and Ives Fourth Symphony at Carnegie Hall, numerous performances with the New York Philharmonic and St. Paul Chamber Orchestra, and more than a dozen performances of John Cage’s magnum opus Sonatas and Interludes. An avid chamber player, he is pianist for the Naumburg Award–winning Da Capo Chamber Players, the six-piano group Grand Band, American Modern Ensemble, and Perspectives Ensemble. Blair is the cofounder and codirector of the critically-acclaimed Rite of Summer Music Festival, an alt-classical outdoor series held every summer on New York’s Governors Island.

Joan Tower is widely regarded as one of the most important American composers living today. During a career spanning more than 50 years, she has made lasting contributions to musical life in the United States as composer, performer, conductor, and educator. Her works have been commissioned by major ensembles, soloists, and orchestras, including the Emerson, Tokyo, and Muir quartets; soloists Evelyn Glennie, Carol Wincenc, David Shifrin, and John Browning; and the orchestras of Chicago, New York, St. Louis, Pittsburgh, and Washington, D.C., among others. Tower was the first composer chosen for a Ford Made in America consortium commission of 65 orchestras. Leonard Slatkin and the Nashville Symphony recorded Made in America in 2008 (along with Tambor and Concerto for Orchestra). The album collected three Grammy awards: Best Classical Contemporary Composition, Best Classical Album, and Best Orchestral Performance. In 1990 she became the first woman to win the prestigious Grawemeyer Award for Silver Ladders, a piece she wrote for the St. Louis Symphony, where she was composer-in-residence from 1985 to 1988. Other residencies with orchestras include the Orchestra of St. Luke’s (1997–2007) and the Pittsburgh Symphony (2010–11). She was in residence as the Albany Symphony’s Mentor Composer partner in the 2013-14 season. The Albany and Nashville Symphonies will release two recordings on the NAXOS label of her orchestral music. She is currently Asher B. Edelman Professor in the Arts at Bard College, where she has taught since 1972.

Jennifer Higdon (b. Brooklyn, December 31, 1962), is active as a freelance composer. She has been the recipient of a Guggenheim Fellowship, a Koussevitzky Fellowship, and two awards from the American Academy of Arts and Letters. In 2010, she won the Pulitzer Prize for her Violin Concerto and a Grammy for her Percussion Concerto. Commissions have come from a wide range of performers: from the Philadelphia Orchestra and Cleveland Orchestra; “The President’s Own” United States Marine Band; the Tokyo String Quartet; and the new music ensemble eighth blackbird, as well as individual artists such as singer Thomas Hampson, violinist Hilary Hahn and pianist, Yuja Wang. She recently completed an opera on Charles Frazier’s book Cold Mountain for Santa Fe Opera, Opera Philadelphia, and Minnesota Opera. Her works are available on more than 50 CDs. She holds the Rock Chair in Composition at The Curtis Institute of Music in Philadelphia.

Tania León, born in Cuba, is a vital personality on today’s music scene, is a highly regarded composer and conductor recognized for her accomplishments as an educator and adviser to arts organizations. She has been the subject of profiles on ABC, CBS, CNN, PBS, Univision, and Telemundo, and in independent films. Recent commissions include Ethos, for piano and string quartet; Inura, for voices, strings, and percussion; Acana for orchestra; and Atwood Songs for soprano and piano, with text by Margaret Atwood. Her honors include the New York Governor’s Lifetime Achievement Award, the ASCAP Victor Herbert Award, induction into the American Academy of Arts and Letters, Fromm and Guggenheim Fellowships, and Grammy, Latin Grammy, and Pulitzer Prize nominations. A founding member of the Dance Theatre of Harlem, she instituted the Brooklyn Philharmonic Community Concert Series, was cofounder of the American Composers Orchestra “Sonidos de las Americas Festivals,” served as new music adviser to the New York Philharmonic, and was founder of Composers Now.

Pauline Oliveros is a senior figure in contemporary American music. Her career spans 50 years of boundary dissolving music making. In the 1950s she was part of a circle of iconoclastic composers, artists, and poets gathered together in San Francisco. Recently awarded the 2012 John Cage Award by the Foundation of Contemporary Arts, Oliveros is Distinguished Research Professor of Music at Rensselaer Polytechnic Institute, Troy, New York, and Darius Milhaud Artist-in-Residence at Mills College. Oliveros has been as interested in finding new sounds as in finding new uses for old ones—her primary instrument is the accordion, an unexpected visitor perhaps to musical cutting edge, but one which she approaches in much the same way that a Zen musician might approach the Japanese shakuhachi. Oliveros’s life as a composer, performer, and humanitarian is about opening her own and others' sensibilities to the universe and facets of sounds. Since the 1960s she has influenced American music profoundly through her work with improvisation, meditation, electronic music, myth, and ritual. She is the founder of Deep Listening, which comes from her childhood fascination with sounds and from her works in concert music with composition, improvisation and electro-acoustics. Oliveros describes Deep Listening as a way of listening in every possible way to everything possible to hear no matter what you are doing. Such intense listening includes the sounds of daily life, of nature, and of one’s own thoughts as well as musical sounds. Oliveros is founder of Deep Listening Institute, formerly Pauline Oliveros Foundation.

Kaija Saariaho is a prominent member of a group of Finnish composers and performers who are now, in mid-career, making a worldwide impact. She studied composition in Helsinki, Freiburg, and Paris, where she has lived since 1982. Her studies and research at Institut de Recherche et Coordination Acoustique/Musique (IRCAM) have had a major influence on her music, and her characteristically luxuriant and mysterious textures are often created by combining live music and electronics. Although much of her catalogue comprises chamber works, from the mid-’90s she has turned increasingly to larger forces and broader structures, such as the operas L’Amour de loin and Adriana Mater, and the oratorio La Passion de Simone.

Drawing inspiration from the folk, classical, and rock genres, Julia Wolfe’s music is distinguished by an intense physicality and a relentless power that pushes performers to extremes and demands attention from the audience. A finalist for the 2010 Pulitzer Prize for her evening-length Steel Hammer, written for the Bang on a Can All-Stars and Trio Mediaeval, Wolfe’s music brings a modern sensibility to each genre while simultaneously tearing down the walls between them. In the words of the Wall Street Journal, Wolfe has “long inhabited a terrain of [her] own, a place where classical forms are recharged by the repetitive patterns of minimalism and the driving energy of rock.” Recent projects include riSE and fLY for Colin Currie and the BBC orchestra, and Anthracite Fields for the Mendelssohn Club Choir of Philadelphia with the Bang on a Can All-Stars. Wolfe’s music has been heard at the Brooklyn Academy of Music, Sydney Olympic Arts Festival, Settembre Musica (Italy), Theatre de la Ville (Paris), Lincoln Center, and Carnegie Hall, and has been recorded on Cantaloupe, Teldec, Point/Universal, Sony Classical, and Argo/Decca. Wolfe has been a recipient of numerous grants, including awards from the American Academy of Arts and Letters and Foundation for Contemporary Performance Art, and a Fulbright to the Netherlands. She joined the New York University Steinhardt School’s composition faculty in the fall of 2009. She is a cofounder of New York’s music collective Bang on a Can.

Joining a rare natural warmth with a fierce commitment to the transforming communicative power of music, Dawn Upshaw has achieved worldwide celebrity as a singer of opera and concert repertoire ranging from the sacred works of Bach to the freshest sounds of today. Her ability to reach to the heart of music and text has earned her both the devotion of an exceptionally diverse audience, and the awards and distinctions accorded to only the most distinguished of artists. In 2007, she was named a Fellow of the MacArthur Foundation, the first vocal artist to be awarded the five-year “genius” prize, and in 2008 she was named a Fellow of the American Academy of Arts and Sciences.

Upshaw’s acclaimed performances on the opera stage comprise the great Mozart roles (Pamina, Ilia, Susanna, Despina) as well as modern works by Stravinsky, Poulenc, and Messiaen. From Salzburg, Paris, and Glyndebourne to the Metropolitan Opera, where she began her career in 1984 and has since made nearly 300 appearances, Upshaw has also championed numerous new works created for her including The Great Gatsby by John Harbison; the Grawemeyer Award–winning opera L’Amour de loin and the oratorio La Passion de Simone by Kaija Saariaho; John Adams’s Nativity oratorio El Niño; and Osvaldo Golijov’s chamber opera Ainadamar and song cycle Ayre.

It says much about Dawn Upshaw’s sensibilities as an artist and colleague that she is a favored partner of many leading musicians, including Richard Goode, the Kronos Quartet, James Levine, and Esa-Pekka Salonen. In her work as a recitalist, and particularly in her work with composers, she has become a generative force in concert music, having premiered more than 25 works in the past decade. From Carnegie Hall to large and small venues throughout the world she regularly presents specially designed programs composed of lieder, unusual contemporary works in many languages, and folk and popular music. She furthers this work in master classes and workshops with young singers at major music festivals, conservatories, and liberal arts colleges. She is artistic director of the Graduate Vocal Arts Program at the Bard College Conservatory of Music, and was recently appointed as head of the Vocal Arts Program at the Tanglewood Music Center.

Dawn Upshaw holds honorary doctorate degrees from Yale, Manhattan School of Music, The Juilliard School, Allegheny College, and Illinois Wesleyan University. She began her career as a 1984 winner of the Young Concert Artists Auditions and the 1985 Walter W. Naumburg Competition, and was a member of the Metropolitan Opera Young Artists Development Program.

Music Alive!
“Dynamic Women Making Music from Around the Globe”