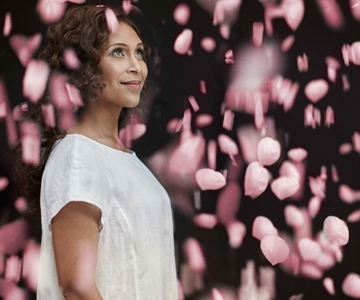 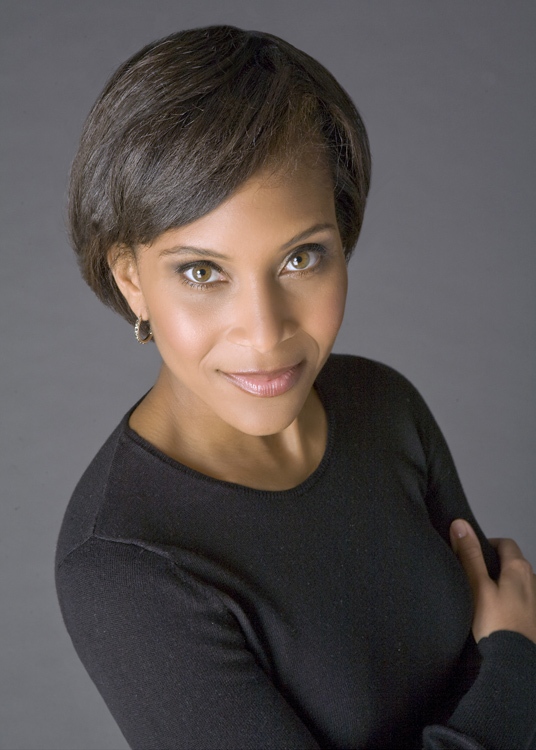 A 2016 Grammy Award nominee in the category Classical Solo Vocal Album for her recording of Christopher Rouse’s Kabir Padavali. Miss Trevigne also recorded and performed the rarely-heard L’Epreuve Villageoise at  Opera Lafayette and appeared in concert programs of Mahler’s Fourth Symphony and Barber’s Knoxville: Summer of 1915 with the Florida Orchestra and CBSO in the UK.

Other recent highlights include her appearance as the Heroines in Les Contes d’Hoffmann at Knoxville Opera, Opera de Lyon and at Israeli Opera.  She recently made her debut in the title role Madama Butterfly to great acclaim.
Gerard Schneider (Osaka) 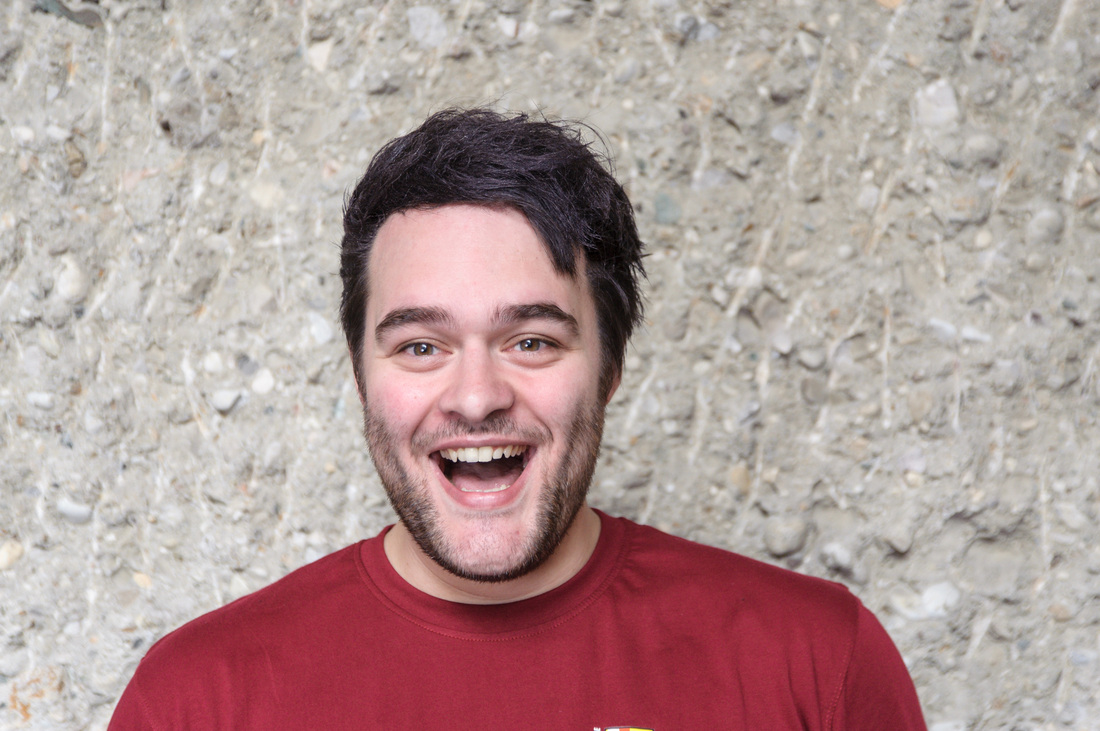 As a member of the young artist program, he appeared as Ruiz alongside Placido Domingo, Anna Netrebko and Francesco Meli in Il Trovatore. Gerard also debuted at Welsh National Opera and appeared in Gustav Holst’s Savitri at Glazunov Hall and Sheremetev Palace in St. Petersburg, Russia.

In addition to appearing as the tenor soloist in Verdi’s Requiem at Canterbury Cathedral, this year has seen Gerard appear at Scottish Opera and he participated in a series of master classes at Carnegie Hall with Joyce DiDonato that was streamed live by Medici TV.

Schneider is currently completing his vocal studies at The Juilliard School; he also studied at the Guildhall School of Music and Drama and completed the prestigious Young Artist program at the National Opera Studio in London. 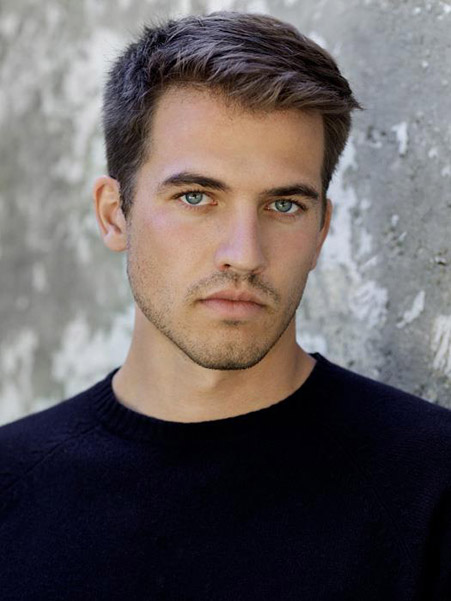 Acclaimed for his expressivity, stage presence, and generous vocal tone, bass-baritone Douglas Williams is equally celebrated for his versatility in a wide range of repertoire.  He has worked with such celebrated directors as Mark Morris (Acis and Galatea for Lincoln Center), William Kentridge (Il Ritorno d’Ulisse in Patria for Pacific Musicworks), and Sasha Waltz (Orfeo for the Dutch National Opera), among others.

Williams has previously collaborated with Iris director James Darrah on Agrippina for Opera Omaha, and Jonathan Dove’s monodrama, The Other Euridice, for Bay Chamber Concerts. In the upcoming season Williams makes his Mozart debut as Figaro with Edo de Waart and the Milwaukee Symphony in a new production by Robin Guarino, as well as the roles of Sciarrone in Tosca with Simon Rattle and the Berlin Philharmoniker at the Baden-Baden Festspielhaus, and the Monk in Toshio Hosokawa’s Matzukaze in Hong Kong. Williams has premiered new works by Charles Wuorinen, Christopher Cerrone and Ted Hearne. He has appeared with Detroit and Houston Symphonies, the MET Chamber Ensemble, and numerous baroque orchestras.
Cecelia Hall (The Geisha)
Hailed by the New York Times as a “rich-voiced mezzo-soprano,” Cecelia Hall is an exciting artist, poised on the threshold of an international career.

Recent appearances include her role debut as Ruby Thewes in Jennifer Higdon’s Cold Mountain with Opera Philadelphia and her return to Opera Theatre of Saint Louis to sing the Composer in Ariadne on Naxos. She also sang Dorabella in Così Fan Tutte with the Milwaukee Symphony and will make her Mostly Mozart debut in his Mass in C minor. Next season, Ms. Hall joins the Oper Frankfurt, where she will be singing a variety of principal roles. Her 2014-15 season included debuts at the Canadian Opera Company as Rosina in Il Barbiere di Siviglia, at the Bayerische Staatsoper as Cherubino in Le Nozze di Figaro and at Santa Fe Opera as Don Ramiro in La Finta Giardiniera, as well as a return to the Metropolitan Opera as Javotte in Manon.
Matt Boehler (Il Cieco)

Recently he returned to the Metropolitan Opera as Bertrand in Iolantha and Madison Opera as Rocco in Fidelio and debuted with Théâtre Royal de La Monnaie as the Erster Schäfer in Daphne, Michigan Opera Theater as Méphistophélès in Faust, and Des Moines Metro Opera as Osmin in Die Enführung aus dem Serail. The 2015-2016 season and beyond brings his debut with Dallas Opera as the Donkey in Becoming Santa, the Sacramento Chorale for Haydn’s Harmoniemesse, and his much anticipated return to Canadian Opera Company in The Magic Flute.

Samuel Levine has emerged as an elegant, robust tenor on the cusp of a major career. A first-year candidate for the Artist Diploma in Opera Studies at the Juilliard School, he is featured this season as Le Mari in Les Mamelles de Tiresias (called “wonderfully appealing” by the New York Times), in recital with Steven Blier under the auspices of NYFOS@Juilliard and the 5 Boroughs Music Festival, and First Armed Guard in Die Zauberflöte. This season, he also appears as Testo in Monteverdi’s Il Combattimento di Tancredi e Clorinda with Cantata Profana and as Lenski in Eugene Onegin with Eugene Opera. Recent highlights include Don Ottavio in Don Giovanni with Boston Lyric Opera, Don Jose in Carmen with Savannah Voice Festival, Narraboth in Salome with Virginia Opera, and the dual roles of Testo in Monteverdi’s Il Combattimento di Tancredi e Clorinda and Noah in the world premiere of Lembit Beecher’s I Have No Stories to Tell You with Gotham Chamber Opera (called “eloquent, full-bodied,” “bright-voiced and skillfully-played” by the Wall Street Journal and “well-sung” by the New York Times). Upcoming engagements include a return to Boston Lyric Opera and debuts with Opera Philadelphia, Nashville Opera, Bard SummerScape, and at the Brooklyn Academy of Music. He is a graduate of Yale University, The Oberlin College Conservatory, and the young artist training programs of Opera Theatre of Saint Louis and The Santa Fe Opera.

Leon Botstein, who has led the American Symphony Orchestra as music director and principal conductor for 24 years, has been hailed for his visionary approach to creating unique concert programs and reviving rarely performed works. His programming gives audiences opportunities to hear live performances of works that are often neglected in the standard repertory, often broadening the experience with preconcert talks, while bringing his distinctive style to core repertory works. He is artistic codirector of Bard SummerScape and the Bard Music Festival, which take place at The Richard B. Fisher Center for the Performing Arts at Bard College, where he has been president since 1975, and is conductor laureate of the Jerusalem Symphony Orchestra, where he served as music director from 2003–2011.

Botstein leads an active schedule as a guest conductor all over the world, and can be heard on numerous recordings with the London Symphony (including its Grammy nominated recording of Popov’s First Symphony), the London Philharmonic, NDRHamburg, and the Jerusalem Symphony Orchestra. Many of his live performances with the American Symphony Orchestra are available online, where they have cumulatively sold more than a quarter of a million downloads.

He is the editor of The Musical Quarterly and the author of numerous articles and books. For his contributions to music he has most recently received than honorary Doctor of Music from Sewanee: The University of the South and before that he received the award of the American Academy of Arts and Letters, Harvard University’s prestigious Centennial Award, as well as the Cross of Honor, First Class, from the government of Austria.

Other recent awards include the Caroline P. and Charles W. Ireland Prize, the highest award given by the University of Alabama; the Bruckner Society’s Julio Kilenyi Medal of Honor for his interpretations of that composer’s music; the Leonard Bernstein Award for the Elevation of Music in Society; and Carnegie Foundation’s Academic Leadership Award. In 2011 he was inducted into the American Philosophical Society. 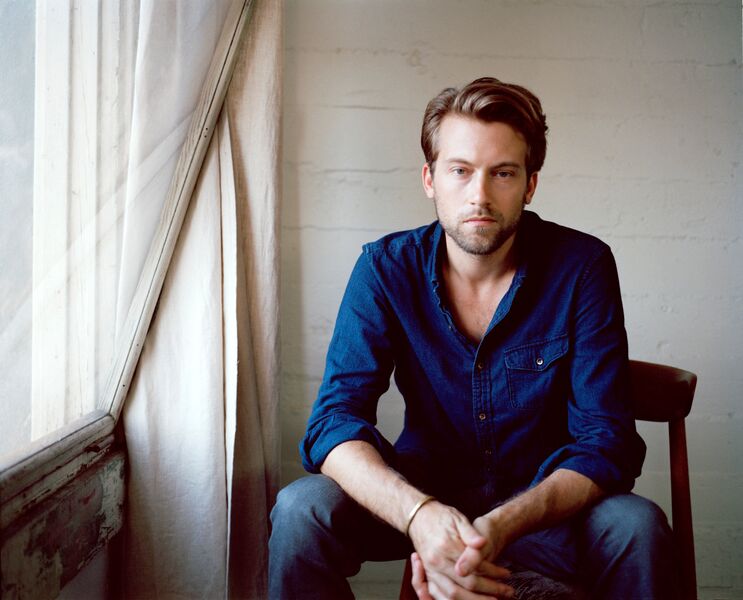 This season, director and designer James Darrah's projects include a return to Opera Omaha for a new production of Semele, his European debut with Teatro Nacional de São Carlos in Lisbon directing Iphigénie en Tauride, and direction/curation for one of San Francisco Symphony’s SOUNDBOX series. He also continues his collaboration with Michael Tilson Thomas as director of Bernstein’s On the Town for the San Francisco Symphony. Other upcoming projects include his debut at Bard Summerscape with a new production of Iris and the world premiere of Missy Mazzoli and Royce Vavrek's operatic adaptation of Lars von Trier’s Breaking the Waves for Opera Philadelphia.

Recent engagements have included the first installment of his three year Pelleas Project based on Schoenberg’s tone poem Pelleas und Melisande with Louis Langrée and the Cincinnati Symphony, Don Giovanni and Cosí fan tutte as part of a Mozart/Da Ponte trilogy with Edo de Waart and the Milwaukee Symphony, Poulenc’s La voix humaine for the San Antonio Opera, Peter Grimes with Michael Tilson Thomas and the San Francisco Symphony, the world premiere production of Frank Zappa's 200 Motels with Esa-Pekka Salonen and the Los Angeles Philharmonic, and his Lincoln Center directing debut with Radamisto for The Juilliard School.

Mr. Darrah trained in directing and design with the Croatian National Theater and Split Summer Festival and continued directing studies and work with director Stephen Wadsworth at The Juilliard School. He holds a MFA from the UCLA School of Theater, Film, and Television. He was awarded the national Princess Grace Award in Theater and was a nominee for newcomer in the 2015 International Opera Awards.

Conducted by the “peerlessly adventurous” (New York Times) Leon Botstein, this production by talented young stage director James Darrah features set designs by Emily MacDonald and Cameron Jaye Mock, with projections by Adam Larsen and costumes by Peabody Southwell—all of which combine to highlight the darker themes of this rarely performed opera.

Performed in Italian with English supertitles.

Click here to read a new translation of the Iris libretto by Tim Shaindlin.

Special support for this program is provided by Emily H. Fisher and John Alexander. Join us for the following special events:
July 22 Opening Night Reception for Friends of the Fisher Center
July 24 Opera Talk at NoonRide the SummerScape Coach from New York City to the Fisher Center on July 22, 24, and 31.Make a night of it! Enjoy Out-of-Town and Night-Out packages, available for select performances of Iris.Read Alex Ross's preview of Iris in the New Yorker, "Italianate Ardor, Beyond Puccini."Watch Talise Trevigne answer five questions from Opera News, including "What was it that drew you to Mascagni's opera and the role of Iris?""Some of the most important summer opera experiences in the U.S. are not at the better-known festivals but at Bard SummerScape." –Financial Times