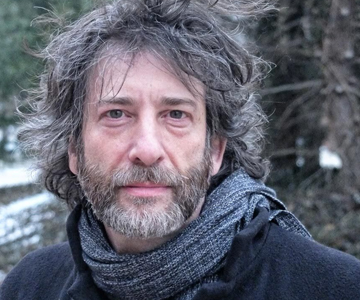 Neil Gaiman, professor in the arts at Bard College, is a New York Times best-selling author of novels, poetry, short stories, graphic novels, comics, journalism, and screenplays, who is listed in the Dictionary of Literary Biography as one of the top 10 living postmodern writers. Works include The Ocean at the End of the Lane, Neverwhere, Stardust, Anansi Boys, Good Omens (with Terry Pratchett), the award-winning Sandman series of graphic novels, and the short story collections Smoke and Mirrors and Fragile Things. Novels for younger readers include Fortunately, the Milk; Coraline, also an Academy Award–nominated film; and The Graveyard Book, winner of the Newbery (U.S.) and Carnegie (U.K.) Medals. He has written and directed for film and television, including a 2011 episode of Doctor Who that won the Ray Bradbury Award for Outstanding Dramatic Presentation and the 2012 Hugo Award for Best Dramatic Presentation, Short Form. Make Good Art, the text of a commencement speech he delivered at Philadelphia’s University of the Arts, was published in a volume designed by graphic artist Chip Kidd. www.neilgaiman.com

Bryan Fuller serves as executive producer and co-showrunner on Starz’s American Gods, based on Neil Gaiman’s classic novel. Fuller got his start writing Star Trek: Deep Space Nine, followed by Star Trek: Voyager, where he worked his way up from freelance writer to staff writer to co-producer.  He charted a new path during his last year on Star Trek: Voyager, writing a spec pilot called “Dead Girl,” which became Showtime’s Dead Like Me. Fuller then went on to create the critically acclaimed series Wonderfalls for Fox and wrote and executive produced the animated movie The Amazing Screw-On Head with Mike Mignola for the Sci-Fi Channel. He also served as writer and co-executive producer on the first season of NBC’s Heroes before leaving to create the Emmy Award-winning Pushing Daisies for ABC. He wrote and executive produced Mockingbird Lane, a reimagining of the classic sit-com The Munsters as a modern family dramedy, which aired on NBC as a Halloween special, and served as executive producer on the television film High Moon for Syfy. Bryan then developed and executive produced the critically-acclaimed series Hannibal, which ran for three seasons on NBC. Fuller was the recipient of the Dan Curtis Legacy Award at the 40th Annual Saturn Awards, as well as the 3rd Annual Award for Comic-Con All Access Game Changer from Spike TV.

SOLD OUT. A waiting list will be available on the day of this event beginning at 6:30 pm in Sosnoff Lobby. If you have questions or to contact the Box Office for up to date availability, please call 845-758-7900.

Professor in the Arts Neil Gaiman and Executive Producer Bryan Fuller discuss moving from page to screen for the forthcoming STARZ television series, American Gods. The event includes an exclusive sneak-peek preview of the first episode of the new series, adapted from Gaiman’s best selling novel.

The program starts with the screening of episode one of American Gods at 7:30 p.m, followed by a brief intermission at 8:30 p.m., after which Gaiman and Fuller will discuss their collaboration and take questions from the audience.

Signed copies of the novel will be available for purchase.