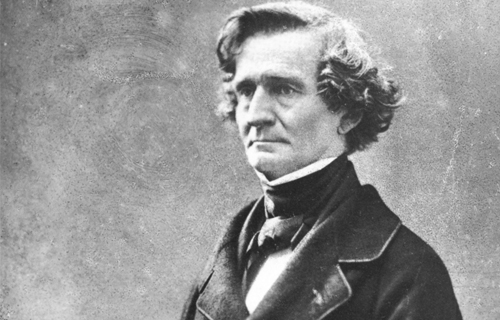 Chopin and Berlioz were close friends in 1833-34, when Chopin played in Berlioz’s concerts and visited him at home, and when Berlioz wrote with great insight about Chopin in the press. But something severed their friendship. Chopin’s devotion to the piano and Berlioz’s to the orchestra does not quite explain it. A more likely cause was Berlioz’s review of the concert in 1835 at which Chopin gave the first performance of his Andante spianato and Grande Polonaise brillante. The concert also included movements from Beethoven’s Fifth and Ninth Symphonies, the whole of the Sixth, and vocal solos by the leading tenor and soprano of the day. Yet Berlioz did not even mention Chopin. Perhaps we should not be surprised that Chopin’s name does not appear in the detailed lists of those who attended the three performances of Berlioz’s Roméo et Juliette four years later.

All Chopin’s works for solo piano and orchestra are early pieces, composed before he arrived in Paris in September 1831 at the age of 21. These include the two piano concertos, the variations on Mozart’s “Là ci darem la mano,” which opened Program 1, and three works based on Polish melodies and dances, including the Grande polonaise brillante. His style quite quickly changed to the intimate, searching manner that we know from the preludes, nocturnes, and other mature works, and the extrovert bravura of the concertos and the Polonaise was less often heard. In 1834, he composed a short piece in the new style titled Andante spianato (“level” or “even” Andante) and harnessed it to the Polonaise. Performed thus at a Conservatoire concert the following year, this is one of the oddest couplings in all music, for the two pieces are entirely different in tempo, in mood, in key, and in instrumentation.

As listeners, we have long been urged by unimpeachable musical thinkers to look for the common threads that run through symphonies and sonatas in several movements, to see the overarching unity of multipartite works; we are supposed to feel satisfied by unity of key and temperament in a piece. Chopin here defies all such beliefs by forcing us to absorb chalk and cheese, oil and water, in close succession. If each component of the work is satisfying on its own, Chopin is saying, why not together?

Berlioz’s first symphony was the Symphonie fantastique (1830), an autobiographical drama, taking Beethoven’s concept of the symphony far into the realm of passion and personal confession. His second symphony, Harold en Italie (1834), was also personal, part reminiscence of Berlioz’s own travels in Italy, part exploration of the Byronic spleen from which the whole Romantic generation loved to suffer. For his third symphony, Roméo et Juliette (1839), Berlioz turned to his greatest literary passion, Shakespeare, drawing once again on his own most fervent experiences.

His discovery of Shakespeare at the Odéon theater in 1827 had been overwhelming not only for the dramatic force of the poetry and drama (instinctively grasped even though Berlioz knew no English) but also because the leading actress of the company, Harriet Smithson, immediately won his heart. It is very probable that his response was to set certain scenes from Romeo and Juliet, but he soon put them aside and absorbed into various works composed in the next three years. The 1829 cantata La mort de Cléopâtre, for example, has an “Invocation” that Cleopatra addresses to the shades of the Pharaohs, which Berlioz likened to the tomb scene in Romeo and Juliet, probably because that’s where he got it.

The subject underwent a long fermentation in his creative storehouse, where Goethe’s Faust and Virgil’s Aeneid were also awaiting their eventual fulfillment as major compositions. A hearing of Bellini’s I Capuleti ed i Montecchi (an opera Berlioz detested) in Florence in 1831 strengthened his determination to do something worthy of Shakespeare. The opportunity came with Paganini’s famous gift of 20,000 francs at the end of 1838, and the formal shape came, indirectly, from Beethoven’s Ninth Symphony. The new symphony was also to be a choral symphony, using a double chorus to represent the two warring families and solo voices as secondary characters (Mercutio, Friar Laurence, and the contralto soloist as commentator). The lovers themselves were to be represented purely by the orchestra. The symphony does not enact the drama in detail and many episodes are omitted, but the resources of voices and orchestra allowed Berlioz to combine the dramatic immediacy of sung words with the infinite expressive power of instrumental music.

The verses, which never actually reproduce Shakespeare’s lines, were provided by another devotee of Shakespeare, Émile Deschamps, and the score was composed in the spring and summer of 1839. By Berlioz’s side, perhaps contributing her own understanding of Shakespeare, was Harriet Smithson, who had become his wife six years earlier. Berlioz had only ever seen the play once, in 1827, but he had forgotten nothing of the experience and had read and reread the play countless times.

The symphony follows the version of the play Smithson had herself acted, not Shakespeare’s original. Devised by the 18th-century English actor David Garrick, this version suppressed the character Rosaline, so that Juliet is Romeo’s first and only love. The symphony’s introduction presents an outline of the drama, with snatches of music as a foretaste of what is to come. Fighting in the streets of Verona and the Prince’s intervention are clearly represented in the orchestral fugato and the declamatory brass. Then the narrative is presented by a semichorus singing recitative—a very original concept—breaking off for a hint of the Queen Mab Scherzo from the tenor soloist, a few bars of the love scene, and a strophic song from the contralto soloist invoking the pains and delights of young love.

There follows a sequence of three symphonic movements: The first is an Allegro with a slow introduction, representing Romeo’s solitary thoughts before the ball, and then the festivities themselves, during which the lovers meet for the first time. This is followed by the long and glorious love scene, and finally the Queen Mab Scherzo suggested by Mercutio’s speech “O, then, I see Queen Mab hath been with you.” Garrick’s version included a funeral procession for Juliet (who is not actually dead), Berlioz’s fifth movement. This version is crucially different from the real Shakespeare text in the sixth movement, set in the Capulets’ tomb. Here the orchestra depicts, in turn, Romeo’s fight with Paris at the entrance to the vault, his sense of awe within the tomb, his “Invocation” as he contemplates Juliet’s beauty for the last time, his taking the poison (descending cellos), Juliet’s awakening (clarinet), a frenzied, desperate love scene, Romeo’s collapse, and Juliet’s suicide (in Shakespeare, Romeo dies before Juliet awakes). Garrick ended the play there, but Berlioz restored a final scene in which Friar Laurence explains his part in the tragedy and extorts an oath of reconciliation from the warring families in a grand symphonic finale.