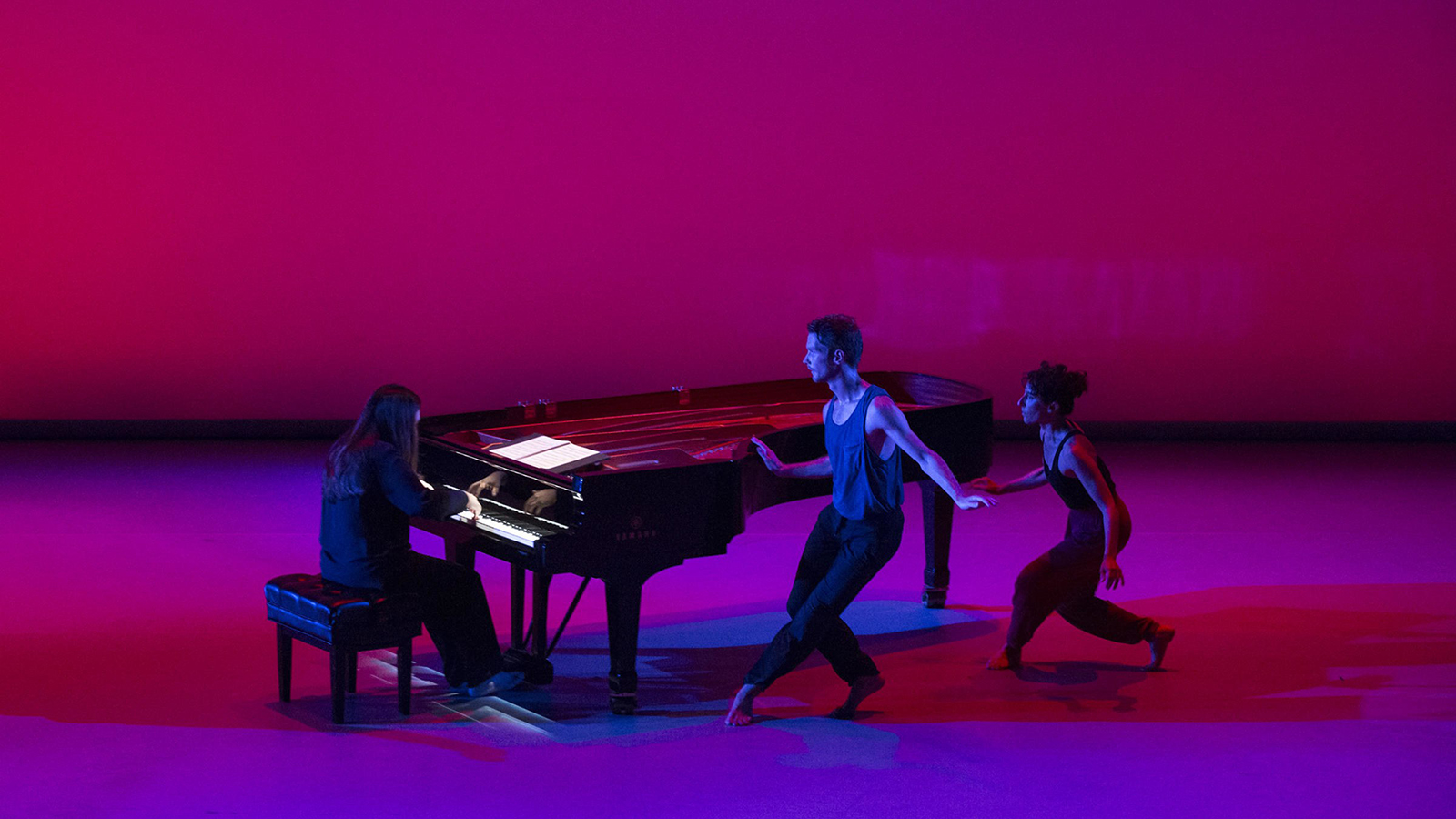 New Work for Goldberg Variations at The Joyce Theater

“A riveting dialogue of movement and music” (The New York Times), New Work for Goldberg Variations is an evening-length work created by choreographer Pam Tanowitz and pianist Simone Dinnerstein, who performs live with Pam Tanowitz Dance. One of the foremost Bach interpreters of her generation, Dinnerstein brings her nuanced understanding of the demanding score to Tanowitz’s witty and unflinching abstractions of classical and popular dance forms in a delightful interplay of rhythm, style, and idiosyncrasy. New Work for Goldberg Variations is the first work of a trilogy, the second of which, Four Quartets, is based on T.S. Eliot's text by the same name, with images by Brice Marden and music by Kaija Saariaho. Four Quartets premiered at the Fisher Center at Bard in 2018, where Tanowitz is installed as the first Choreographer in Residence. The work was cited by The New York Times as "the greatest creation of dance theater so far this century." A third work in the trilogy, also to premiere at the Fisher Center, is currently in development.