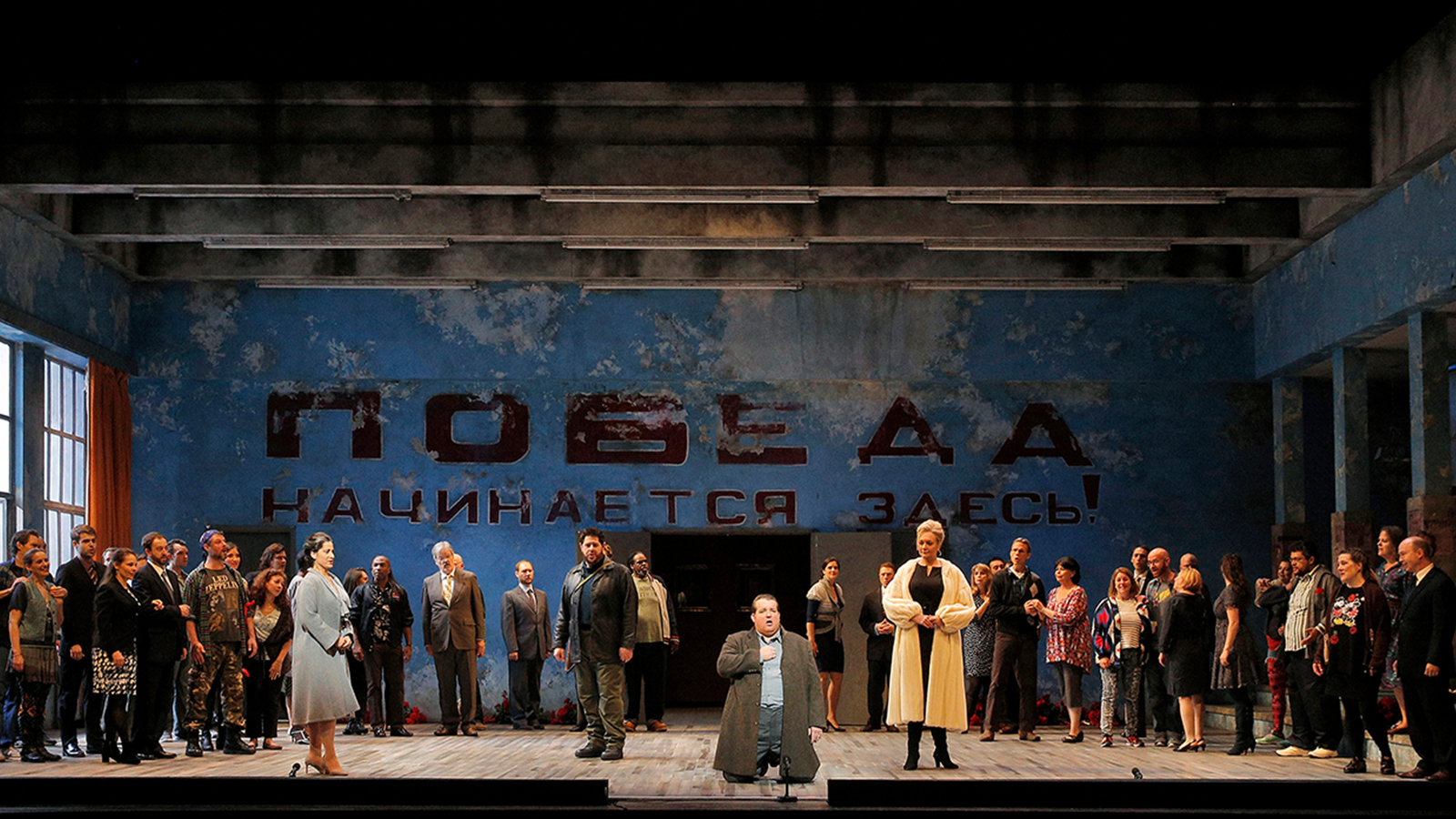 The “Symfonietta with fanfares” of Antonín Dvořák’s compatriot Leoš Janáček, which would later become the soundtrack to Haruki Murakami’s novel 1Q84, is a tribute to Janáček’s adopted hometown of Brno, which he came to see in a new light and with a new sense of belonging after the declaration of Czech independence in 1918:

"As if by a miracle, liberty was conjured up, glowing over the town. I saw myself in it. I belonged to it."


A great nation in turmoil after the abrupt end to a ruling dynasty leaving no clear path forward. This was Russia in the Time of Troubles, the seventeenth-century period in which Antonín Dvořák set his 1882 opera Dimitrij. Conducted by Leon Botstein, a stellar cast along with the Bard Festival Chorale and the American Symphony Orchestra animate this powerful production by Anne Bogart for the 2017 Bard SummerScape Festival.


American Symphony Orchestra music director Leon Botstein is joined by Dvořák scholar Michael Beckerman for an insightful talk on Dimitrij and Dvořák as an opera composer.


Bard musicologist and historian Christopher Gibbs and Dimitrij stage director Anne Bogart discuss the work and the historical context in which Dvořák composed this fascinating and unjustly neglected piece.