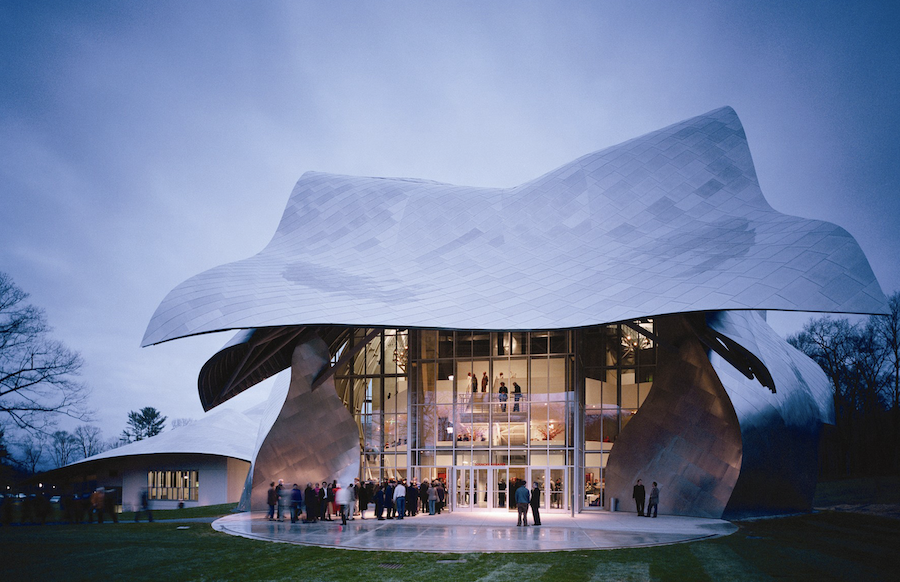 
ANNANDALE-ON-HUDSON, N.Y.— The Fisher Center fall season brings some of the world’s boldest artists and most exciting projects to the Hudson Valley. The season begins on Saturday, September 7, with the first in a free series of events at Montgomery Place: Bread and Puppet Theater’s Diagonal Life Circus. On Tuesday, September 10, acclaimed author Salman Rushdie discusses his new novel, Quichotte with WAMC’s Joe Donohue in a special evening with Oblong Books. The Orchestra Now begins its 2019–20 series with a program of major orchestral works, Copland and Strauss, on Saturday, September 14 and Sunday, September 15; and the Bard College Conservatory presents composer Tan Dun’s A Martial Arts Trilogy, a film with live orchestra performance, on Saturday, September 28.  Tickets for events start at $25 and many events are free; to purchase tickets and get additional information go to  fishercenter.bard.edu or call the Fisher Center box office at 845-758-7900.

An autumn series of free, outdoor programming for all ages

Join us for a second season of free, outdoor events on the grounds of Montgomery Place, a National Historic Landmark overlooking the Hudson River: a puppet circus extravaganza, music from the border and beyond, and two film screenings under the stars set against the backdrop of the river bank.

Peter Schumann’s celebrated Bread and  Puppet Theater bring the 2019 edition of their legendary circus pageant to the fields of Montgomery Place. Featuring over 20 live puppeteers, musicians, and performers, the event concludes with the communal breaking of the company’s signature rye bread.

A group of young misfits who call themselves The Goonies discover an ancient map and set out on a quest to find a legendary pirate’s long-lost treasure. Presented in partnership with Upstate Films.

In celebration of the 50th Anniversary of the Woodstock Festival of 1969, a (mostly) true story behind the legendary event across the river from where it all happened. In Ang Lee’s film, with a screenplay by Hudson Valley resident James Schamus, a man working at his parents’ motel in the Catskills inadvertently sets in motion the generation-defining concert in the summer of 1969. Taking Woodstock is rated R and not recommended for children under 18.

MUSIC OF THE AMERICAS

THE GOLDEN AGE OF LATIN AMERICA WITH LOS HACHEROS

AND ROOTS, FUNK, AND SOUL WITH MARTHA REDBONE

The modern-day torchbearers of the golden age of Latin music, Los Hacheros, bring their Bamba from Brooklyn to kick off a day of music and communion on the river bank. Headlining the event is the magnificent Martha Redbone, one of today’s most vital voices in American Roots music. From Brooklyn via the hills of Kentucky, with African-American and Cherokee heritage, Redbone broadens the boundaries of Americana with “a brilliant collision of cultures” (The New Yorker).

Food and beverages from local vendors are available for purchase.

Capacity is limited; make a free reservation at fishercenter.bard.edu.

Bring your own lawn chair or blanket. Contact the box office if you require accessible seating

WITH OBLONG BOOKS AND MUSIC

In a tour de force that is as much an homage to an immortal work of literature as it is to the quest for love and family, Booker Prize-winning, internationally bestselling author Salman Rushdie has created a dazzling Don Quixote for the modern age.

Rushdie takes the reader on a wild ride through a country on the verge of moral and spiritual collapse. With the kind of storytelling magic that is the hallmark of his work, Quichotte is a profoundly human quest for love and a wickedly entertaining portrait of an age in which fact is so often indiscernible from fiction.

All tickets $38, including a copy of Quichotte.

$5 student tickets are available for all performances through the Passloff Pass.*

*Does not include a copy of Quichotte.

Franz Schubert Symphony No. 9, The Great

FISHER CENTER PRESENTS IN ASSOCIATION WITH THE HANNAH ARENDT CENTER

Special Preview of the New Documentary

Directed and produced by award-winning filmmaker Lynn Novick, produced by Sarah Botstein, and executive produced by Ken Burns, College Behind Bars reveals the transformative power of higher education through the experiences of incarcerated men and women earning degrees in the Bard Prison Initiative (BPI), one of the country’s most rigorous college-in-prison programs.

This preview event will feature segments from the documentary followed by panel discussions with Lynn Novick, BPI Executive Director Max Kenner ’01, and BPI alumni featured in the film.

$150 ticket level includes reception and meet and greet with the artists.

$150 ticket level includes reception and meet and greet with the artists.

Where No Wall Remains:

an international festival on borders

Fisher Center for the Performing Arts

Tickets to the public go on sale on September 11

They say there is a window from one heart to another.

How can there be a window where no wall remains? - Rumi

A four-day festival on the subject of borders—physical borders, political borders, and borders of the body—and how we might in time transcend them. This third edition of the LAB Biennial is co-curated by Lebanese artist Tania El Khoury, a 2019 Soros Art Fellow, and features nine new performances and installations by contemporary artists from the Middle East and Central America.

All performances free unless otherwise noted.

Tickets for Fisher Center fall season programs start at $25 and many events are free; to purchase tickets and get additional information go to fishercenter.bard.edu or call the Fisher Center box office at 845-758-7900.


The Fisher Center develops, produces, and presents performing arts across disciplines through new productions and context-rich programs that challenge and inspire. At once a premier professional performing arts center and a hub for research and education, the Fisher Center supports artists, students, and audiences in the development and examination of artistic ideas and perspectives from the past, present, and future. The organization’s home is the Fisher Center for the Performing Arts, designed by Frank Gehry and located on the campus of Bard College in New York’s Hudson Valley. The Fisher Center offers outstanding programs to many communities, including the students and faculty of Bard, and audiences in the Hudson Valley, New York City, across the country and around the world. The Fisher Center illustrates Bard’s commitment to the performing arts as a cultural and educational necessity. Building on a 150-year history as a competitive and innovative undergraduate institution, Bard is committed to enriching culture, public life, and democratic discourse by training tomorrow’s thought leaders.