Puppet Circus Extravaganza, Music from the Americas,
and Film Screenings Under the Stars 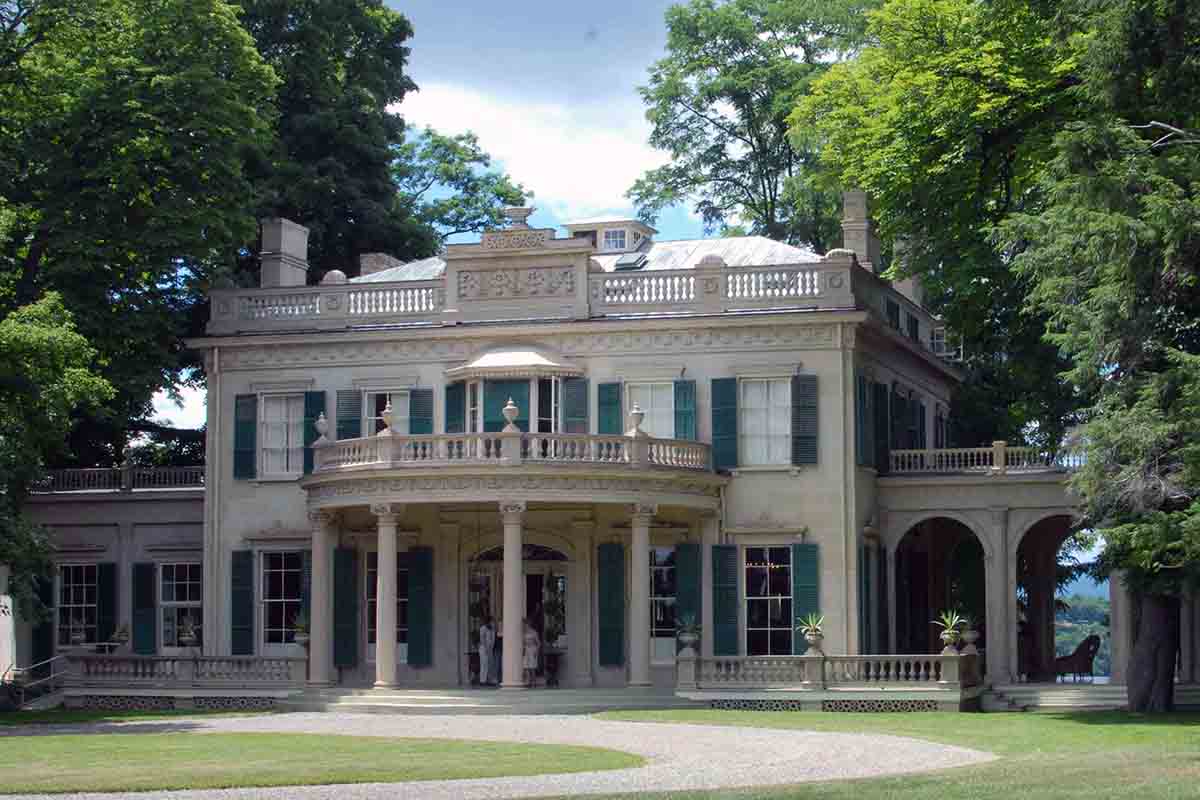 Image Credit: Courtesy photo
ANNANDALE-ON-HUDSON, N.Y.— The Fisher Center presents a second season of free, outdoor events on the grounds of Montgomery Place, a National Historic Landmark overlooking the Hudson River. The September events include a performance by Vermont’s legendary Bread and Puppet Theater, torchbearers of the Golden Age of Latin music Los Hacheros, “brilliant and powerful” (New Yorker) blues and soul singer Martha Redbone, and two film screenings under the stars: The Goonies, and Taking Woodstock. All events are free and advance reservations are strongly recommended. To reserve tickets, go to fishercenter.bard.edu/montgomeryplace/ or call the box office at 845-758-7900.

The Fisher Center at Montgomery Place series will take place outdoors, set against the spectacular setting of the Hudson River and Catskill Mountains. Food and beverages from local vendors will be available for purchase, and attendees are encouraged to bring lawn chairs or blankets. For information about handicapped access please contact the box office at 845-758-7900.

Peter Schumann’s celebrated Bread and Puppet Theater brings the 2019 edition of its legendary activist circus pageant to the fields of Montgomery Place. Featuring more than 20 live puppeteers, musicians, and performers, the event concludes with sharing of the company’s famous home-baked rye bread.

Bread & Puppet Theater is an internationally celebrated company that champions a visually rich, street-theater brand of performance art filled with music, dance and slapstick. Its shows are political and spectacular, with huge puppets made of paper maché and cardboard. Founded in 1963 by Peter Schumann on New York City's Lower East Side, the theater has been based in the North East Kingdom of Vermont since the early 1970s.

A group of young misfits who call themselves the Goonies discover an ancient map and set out on a quest to find a legendary pirate’s long-lost treasure. This classic favorite is a delight for all ages.

MUSIC OF THE AMERICAS

THE GOLDEN AGE OF LATIN AMERICA

The modern-day torchbearers of the golden age of Latin music, Los Hacheros, bring their Bamba from Brooklyn to kick off a day of music and communion on the river bank. Headlining the event is the magnificent Martha Redbone, one of today’s most vital voices in American Roots music. From Brooklyn via the hills of Kentucky, with African-American and Cherokee heritage, Redbone broadens the boundaries of Americana with “a brilliant collision of cultures” (The New Yorker).

In celebration of the 50th Anniversary of the Woodstock Festival of 1969, see the (mostly) true story behind the legendary event across the river from where it all happened. In Ang Lee’s film, with a screenplay by Hudson Valley resident James Schamus, a man working at his parents’ motel in the Catskills, inadvertently sets in motion the generation-defining concert in the summer of 1969.

Taking Woodstock is Rated R and not recommended for children under 18.

Attendees may bring lawn chairs or blankets. Contact the box office for information regarding accessible seating. Food and beverages from local vendors are available for purchase. Montgomery Place is a smoke-free campus. E-cigarettes or tobacco products are prohibited. Service animals are permitted.

Tickets and more information are available at fishercenter.bard.edu or by calling the box office at 845-758-7900. For directions go to: www.bard.edu/montgomeryplace/visiting/

The Fisher Center’s free programming at Montgomery Place is supported by the Ettinger Foundation, the Educational Foundation of America, and by the Hudson River Valley National Heritage Area.

Located on River Rd., Annandale-on-Hudson, Montgomery Place, a 380-acre estate adjacent to the main Bard College campus and overlooking the Hudson River, is a designated National Historic Landmark set amid rolling lawns, woodlands, and gardens, against the spectacular backdrop of the Catskill Mountains. Renowned architects, landscape designers, and horticulturists worked to create an elegant and inspiring country estate consisting of a mansion, farm, orchards, farmhouse, and other smaller buildings. The Montgomery Place estate was owned by members of the Livingston family from 1802 until the 1980s. In 1986, Livingston heir John Dennis Delafield transferred the estate to Historic Hudson Valley in whose hands it remained until 2016, when Bard College acquired the property.