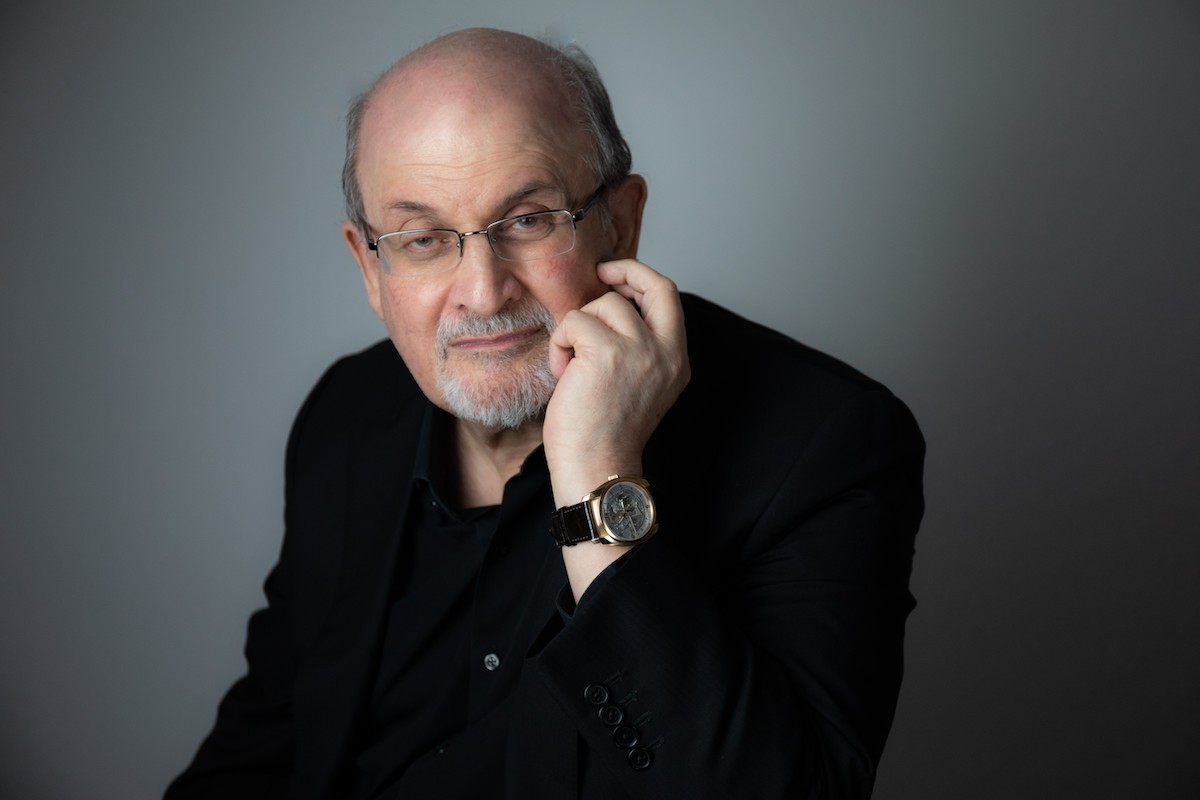 ANNANDALE-ON-HUDSON, N.Y—On Tuesday, September 10, acclaimed author Salman Rushdie discusses his new novel, Quichotte with WAMC’s Joe Donohue in a special evening with Oblong Books. The program takes place in the Fisher Center’s Sosnoff Theater. Tickets are $38 and include a signed copy of Quichotte. To purchase tickets, go to fishercenter.bard.edu or call the box office at 845-758-7900.

In a tour de force that is as much an homage to an immortal work of literature as it is to the quest for love and family, Booker Prize-winning, internationally bestselling author Salman Rushdie has created a dazzling Don Quixote for the modern age.

Inspired by the Cervantes classic, Sam DuChamp, mediocre writer of spy thrillers, creates Quichotte, a courtly, addled salesman obsessed with television, who falls in impossible love with a TV star. Together with his (imaginary) son Sancho, Quichotte sets off on a picaresque quest across America to prove worthy of her hand, gallantly braving the tragicomic perils of an age where “Anything-Can-Happen.” Meanwhile, his creator, in a midlife crisis, has equally urgent challenges of his own.

Just as Cervantes wrote Don Quixote to satirize the culture of his time, Rushdie takes the reader on a wild ride through a country on the verge of moral and spiritual collapse. And with the kind of storytelling magic that is the hallmark of his work, the fully realized lives of Duchamp and Quichotte intertwine in a profoundly human quest for love and a wickedly entertaining portrait of an age in which fact is so often indiscernible from fiction.

Salman Rushdie is the author of thirteen previous novels—Luka and the Fire of Life, Grimus, Midnight’s Children (for which he won the Booker Prize and the Best of the Booker), Shame, The Satanic Verses, Haroun and the Sea of Stories, The Moor’s Last Sigh, The Ground Beneath Her Feet, Fury, Shalimar the Clown, The Enchantress of Florence, Two Years, Eight Months, and Twenty-Eight Nights, and The Golden House—and one collection of short stories: East, West. He has also published four works of nonfiction—Joseph Anton, The Jaguar Smile, Imaginary Homelands, and Step Across This Line—and co-edited two anthologies, Mirrorwork and Best American Short Stories 2008. He is a member of the American Academy of Arts and Letters and a Distinguished Writer in Residence at New York University. A former president of PEN American Center, Rushdie was knighted in 2007 for services to literature.

Joe Donahue is host of WAMC Radio's The Book Show. Joe grew up in Philadelphia, has been in radio for more than 25 years. He currently lives in Washington County, NY with his wife, Kelly, and their dog, Brady. And yes, he reads every single book.