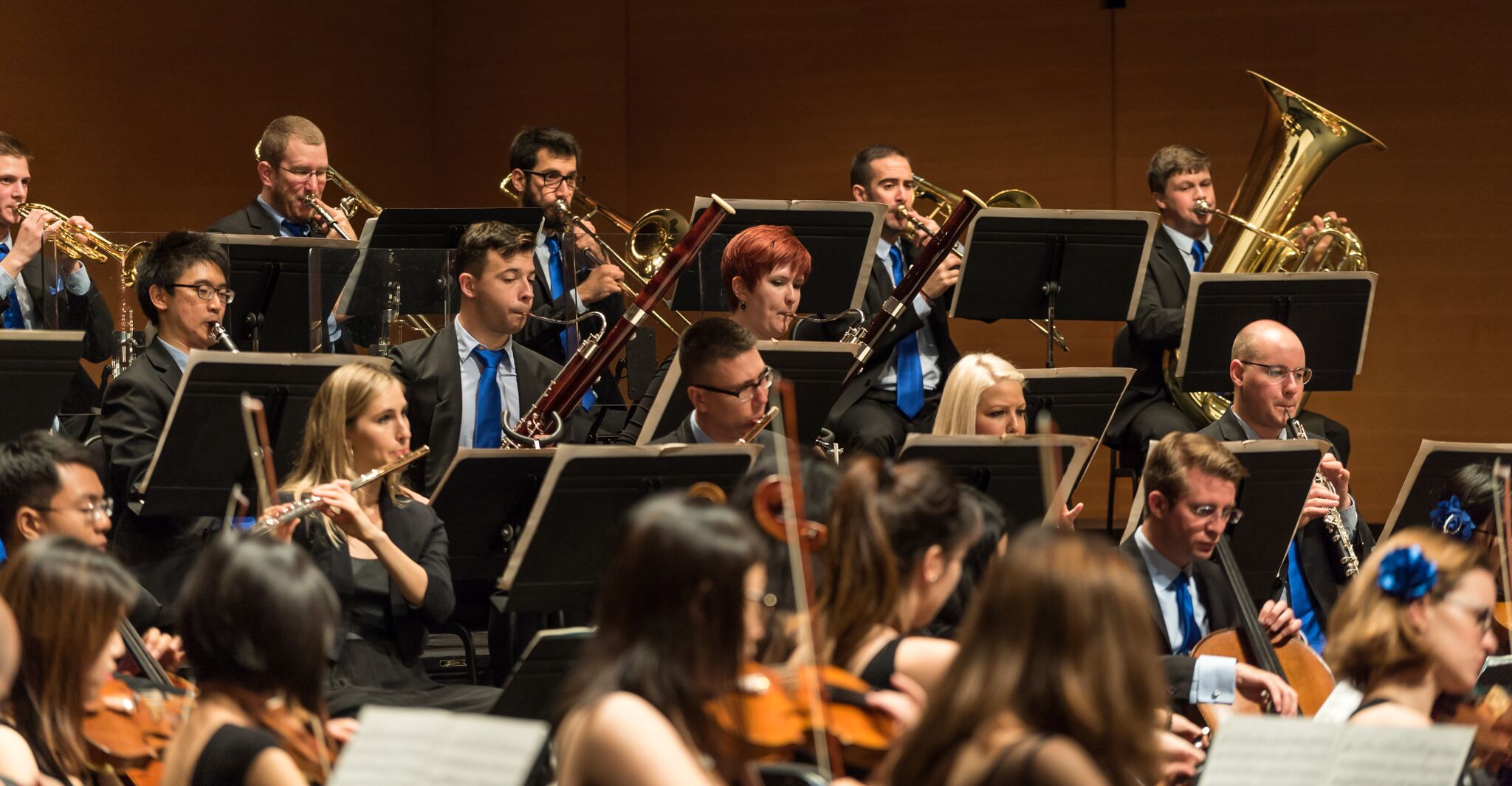 Guest soloists include Bard Conservatory’s concerto competition winner Xinran Li in a performance of the Sibelius Violin Concerto (October 19–20); and German baritone Michael Nagy, who will sing composer Othmar Schoeck’s song cycle Buried Alive about a man who wakes up to find he has mistakenly been buried. The composer adapted the work from Gottfried Keller’s poem Lebendig begraben.

TŌN’s winter/spring series will return in 2020 with Beethoven’s Eroica in celebration of the great composer’s 250th birthday (February 8–9); a program titled Into the Wilderness presenting the U.S. premiere of Franck’s What You Hear on the Mountain (April 25–26); and Mahler’s massive Resurrection Symphony (May 9–10).

Austrian conductor Hans Graf leads TŌN in two pieces from his homeland: Schubert’s beloved Great Symphony, and a set of tone poems based on characters from The Tempest.

Franz Schubert: Symphony No. 9, The Great

These four works from the late 1920s, including the suite from Stravinsky’s ballet score The Fairy’s Kiss, give insight into the evolving world of orchestral music 90 years ago. This concert will be repeated at Carnegie Hall on November 14.

Tickets priced at $25–$35; Five-Concert Series: all locations $120; Create Your Own Series: 25% off the full price. Tickets may be purchased online at fishercenter.bard.edu, by calling the Fisher Center at 845.758.7900, or at the Fisher Center box office in the lobby of Sosnoff Theater.

The Orchestra Now (TŌN) is a group of 65 vibrant young musicians from 12 different countries across the globe: Bulgaria, China, Hungary, Indonesia, Japan, Korea, Mongolia, Peru, Taiwan, Ukraine, the U.K., and the U.S. All share a mission to make orchestral music relevant to 21st-century audiences by sharing their unique personal insights in a welcoming environment. Hand-picked from the world’s leading conservatories—including The Juilliard School, Shanghai Conservatory of Music, Royal Conservatory of Brussels, and the Curtis Institute of Music—the members of TŌN are enlightening curious minds by giving on-stage introductions and demonstrations, writing concert notes from the musicians’ perspective, and having one-on-one discussions with patrons during intermissions.

Conductor, educator, and music historian Leon Botstein, whom The New York Times said “draws rich, expressive playing from the orchestra, founded TŌN in 2015 as a graduate program at Bard College, where he is also president. TŌN offers both a three-year master’s degree in Curatorial, Critical, and Performance Studies and a two-year advanced certificate in Orchestra Studies. The Orchestra’s home base is the Frank Gehry-designed Fisher Center at Bard, where they perform multiple concerts each season and take part in the annual Bard Music Festival. They also perform regularly at the finest venues in New York, including Carnegie Hall, Lincoln Center, The Metropolitan Museum of Art, and others across NYC and beyond. HuffPost, who has called TŌN’s performances “dramatic and intense,” praises these concerts as “an opportunity to see talented musicians early in their careers.”

The orchestra has performed with many distinguished guest conductors and soloists, including Neeme Järvi, Vadim Repin, Fabio Luisi, Peter Serkin, Gerard Schwarz, Tan Dun, Zuill Bailey, and JoAnn Falletta. In the 2019–20 season, conductors Leonard Slatkin and Hans Graf will also lead TŌN performances. Recordings featuring The Orchestra Now include Ferdinand Ries piano concertos with Piers Lane on Hyperion Records, and a Sorel Classics concert recording of pianist Anna Shelest performing works by Anton Rubinstein with TŌN and conductor Neeme Järvi. Upcoming albums include a second release with Piers Lane on Hyperion Records in the spring of 2020. Recordings of TŌN’s live concerts from the Fisher Center can be heard on Classical WMHT-FM and WWFM The Classical Network, and are featured regularly on Performance Today, broadcast nationwide. In 2019, the orchestra’s performance with Vadim Repin was live-streamed on The Violin Channel.