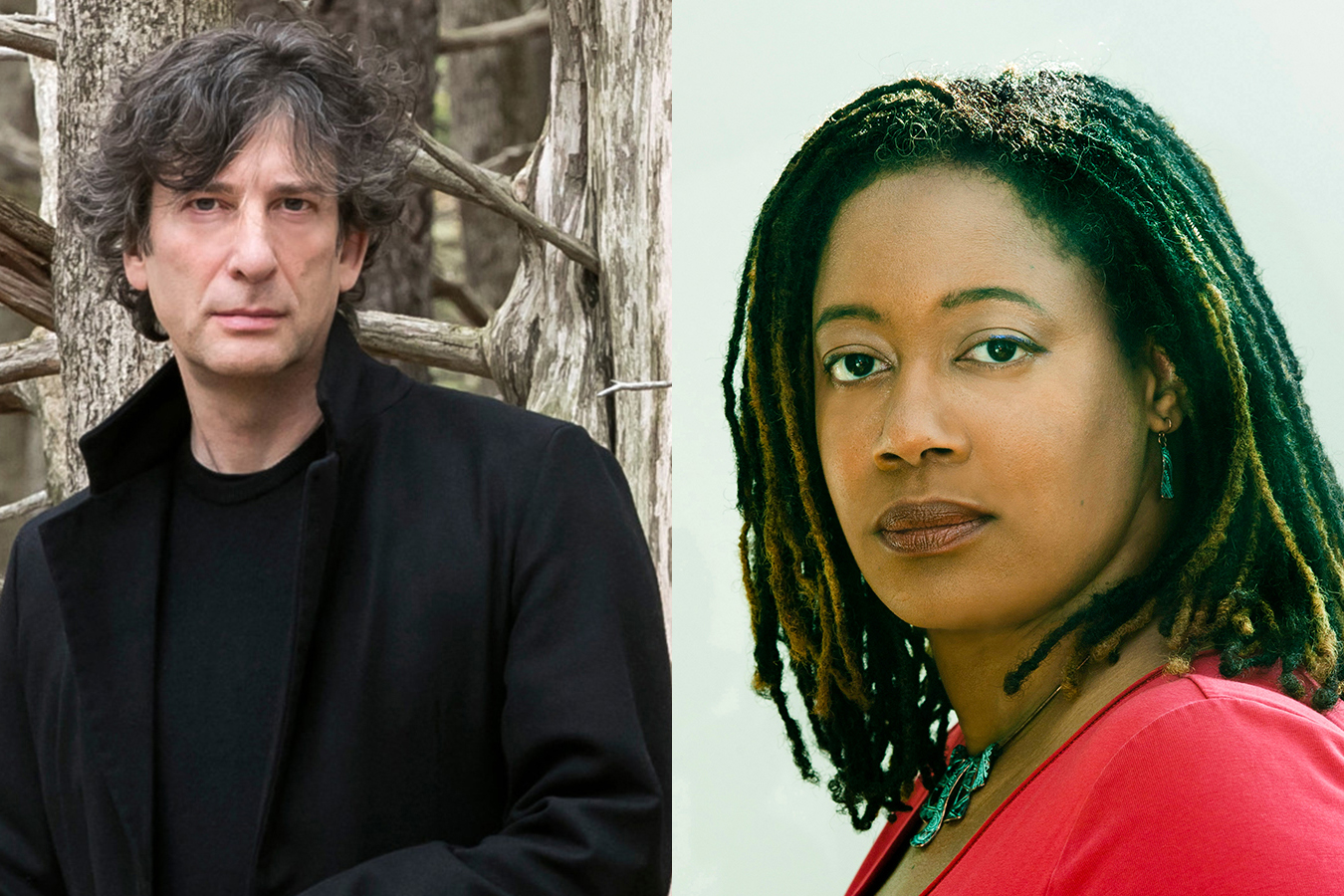 "One of the most celebrated new voices in epic fantasy."—Salon.com

ANNANDALE-ON-HUDSON, N.Y.— The Fisher Center at Bard, in association with Oblong Books & Music, presents a public conversation between two leading writers of fantasy and science fiction: Neil Gaiman, Bard professor in the arts, and Hugo Award-winning author N. K. Jemisin (Broken Earth trilogy), whose new work The City We Became will be published in March.

The program takes place on Saturday, May 2, at 7:30 p.m. in the Sosnoff Theater of The Richard B. Fisher Center for the Performing Arts at Bard College. Tickets are $25 and can be ordered online at fishercenter.bard.edu or by calling the box office at 845-758-7900. $5 student tickets available to Bard undergraduate students through the Passloff Pass.

N. K. Jemisin is the first author in history to win three consecutive Best Novel Hugo Awards, all for her Broken Earth trilogy. Her work has also won the Nebula, Locus, and Goodreads Choice Awards. Her most recent work is the acclaimed short fiction collection How Long ‘Til Black Future Month?, and her next novel will be The City we Became in March 2020. Jemisin has been a reviewer for the New York Times Book Review, and she has been an instructor for the Clarion and Clarion West writing workshops. In her spare time she is a gamer and gardener, and she is also single-handedly responsible for saving the world from King Ozzymandias, her dangerously intelligent ginger cat, and his phenomenally destructive sidekick Magpie.

Neil Gaiman is a New York Times bestselling author of novels, poetry, short stories, graphic novels, comics, journalism, and screenplays, who is listed in the Dictionary of Literary Biography as one of the top 10 living postmodern writers. Works include The Ocean at the End of the Lane, Neverwhere, Stardust, Anansi Boys, Good Omens (with Terry Pratchett), the award-winning Sandman series of graphic novels, and the short story collections Smoke and Mirrors and Fragile Things. Novels for younger readers include Fortunately, the Milk; Coraline, also an Academy Award–nominated film; and The Graveyard Book, winner of the Newbery (U.S.) and Carnegie (U.K.) Medals. He has written and directed for film and television, including a 2011 episode of Doctor Who that won the Ray Bradbury Award for Outstanding Dramatic Presentation and the 2012 Hugo Award for Best Dramatic Presentation, Short Form. Make Good Art, the text of a commencement speech he delivered at Philadelphia’s University of the Arts, was published in a volume designed by graphic artist Chip Kidd. At Bard since 2014.

#
About the Fisher Center