Bard College Announces the Appointment of Tania El Khoury and Ziad Abu-Rish to Lead New M.A. Program in Human Rights and the Arts 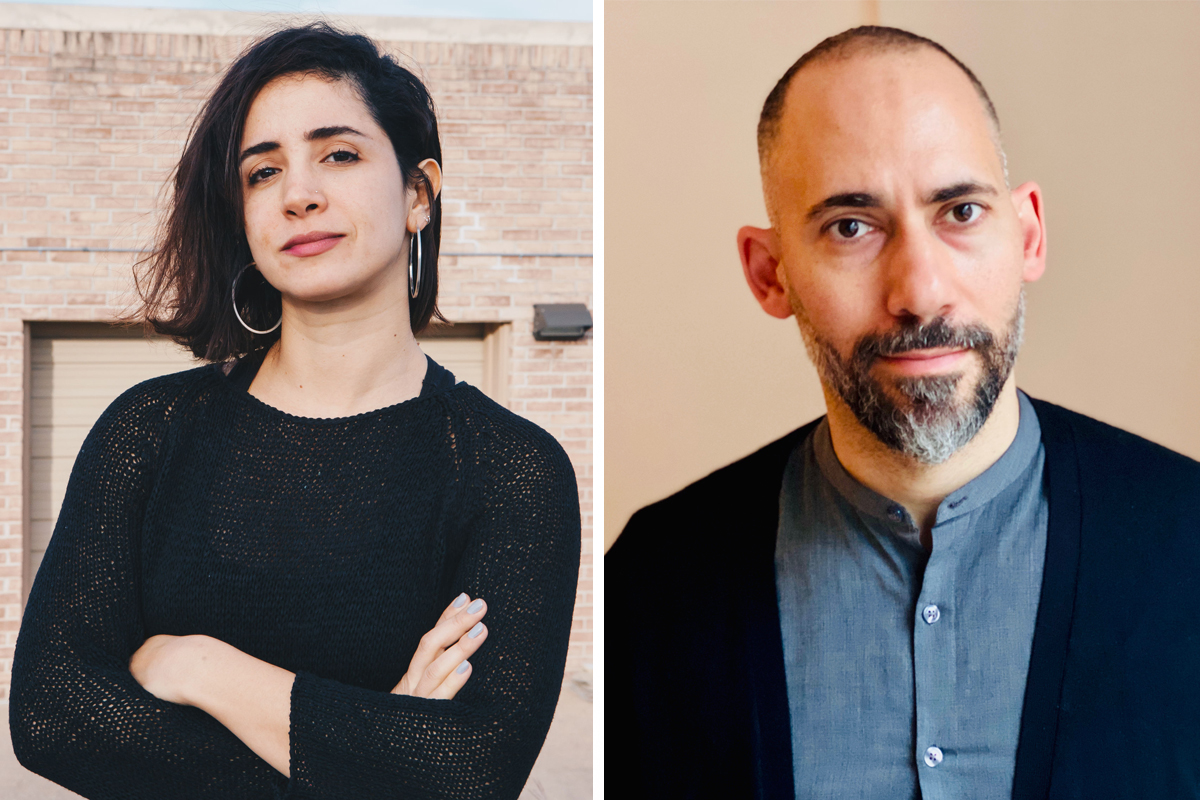 Bard College announced today the appointment of Tania El Khoury as Distinguished Artist in Residence of Theater and Performance and Ziad Abu-Rish as Visiting Associate Professor of Human Rights. Together they will lead a pioneering Master of Arts program in Human Rights and the Arts, planned to commence in Fall 2021. Designed by Bard’s Human Rights Program, the Fisher Center at Bard, and the Central European University, and launched through the Open Society University Network (OSUN), the interdisciplinary program will bring together scholars, artists, and activists from around the world to explore the highly-charged relation between artistic practices and struggles for truth and justice.

The appointments deepen Bard’s relationship with El Khoury and Abu-Rish, both of whom were visiting faculty at the college in 2019. Abu-Rish taught in the Human Rights Program, while El Khoury co-curated the 2019 edition of the Live Arts Bard Biennial at the Fisher Center at Bard.  Where No Wall Remains: an international festival about borders included nine newly commissioned projects by artists from the Middle East and the Americas. In addition to their work with the new graduate program, they will also teach in the undergraduate college: El Khoury is joining the faculty of the Theatre & Performance Program; Abu-Rish is affiliated with the Human Rights Program.

The proposed M.A. program in Human Rights and The Arts links the study of advocacy, law, and politics to critical theoretical-historical reflection, and focuses on the power of aesthetic, performative, and curatorial forms in the fight for rights. Anchored in the intersection of art, research, activism and social change, it will offer students the opportunity to explore interdisciplinary training, creative knowledge production, and practice-based research. At its heart is a perspective that looks beyond the U.S.-based art and NGO industries to identify, assess, and engage with the ethical, intellectual, and political potential of this emerging hybrid form. Students in the program will pursue a core of interdisciplinary courses in human rights theory and practice, supplemented with electives across the arts and humanities, including, in particular, the study and practice of live arts and performance, and curatorial practices.

“The international and cross-disciplinary dimensions of this new program make it groundbreaking and timely,” said Gideon Lester, Artistic Director of the Fisher Center and Director of Bard’s Theater & Performance Program. “Students will work with artists, faculty, and curators across OSUN's international network and beyond. Artists and human rights experts will inform each other’s practices, offering a fully integrated pedagogy. At a time when the ideals of open society and liberal education are threatened, this program will offer unique and fertile opportunities to study and share best practices across the world.”

El Khoury is internationally recognized for her installations, performances, and video projects. A Soros Arts Fellow for 2019, El Khoury's work explores political histories and contemporary issues through richly-researched and aesthetically-precise events focused on audience interactivity and concerned with the ethical and political potential of such encounters. In as Far As My Fingertips Take Me, a one-on-one performance, a refugee artist painstakingly inscribes a drawing on the arm of a guest while narrating the story of his sisters' escape from Damascus.  In Gardens Speak, an interactive sound installation, the audience is asked to dig in the dirt to exhume stories of the Syrian uprising. El Khoury holds a PhD in Performance Studies from Royal Holloway, University of London. She is affiliated with Forest Fringe in the United Kingdom and is the co-founder of the urban research and performance collective Dictaphone Group in Lebanon.

Abu-Rish was previously Assistant Professor of History and Founding Director of the Middle East and North Africa Studies Certificate Program at Ohio University. He holds a Ph.D. in History from the University of California, Los Angeles, and serves as Co-Editor of Arab Studies Journal. He has a highly successfully track-record of institution building, public scholarship initiatives, and graduate student training. He co-edited Jadaliyya, organized summer institutes for graduate students, and contributed to various research centers and academic associations. Abu-Rish has published widely on politics, economics, and popular mobilizations in Lebanon and Jordan, and is a co-editor, with Bassam Haddad and Rosie Bsheer, of The Dawn of the Arab Uprisings: End of An Old Order? (2012). He is currently completing a book entitled The State of Lebanon: Popular Politics and the Institution Building in the Wake of Independence.

“Almost 20 years ago Bard was the first U.S. institution to offer a full, free-standing, interdisciplinary B.A. in Human Rights,” said Thomas Keenan, director of Bard's Human Rights Program. “Tania El Khoury and Ziad Abu-Rish will expand this to the graduate level and explore the forces that emerge at the intersection between human rights and the arts. The program will underscore the importance of the arts and humanities in confronting pressing social issues, and serve as an incubator of new ideas and strategies within the human rights movement at a time when it is widely understood to be under assault.”

The program is supported by the newly-founded Open Society University Network, a global project of Bard College, the Central European University, and the Open Society Foundations, with university and research partners stretching from Germany and Kyrgyzstan to Ghana and Colombia.