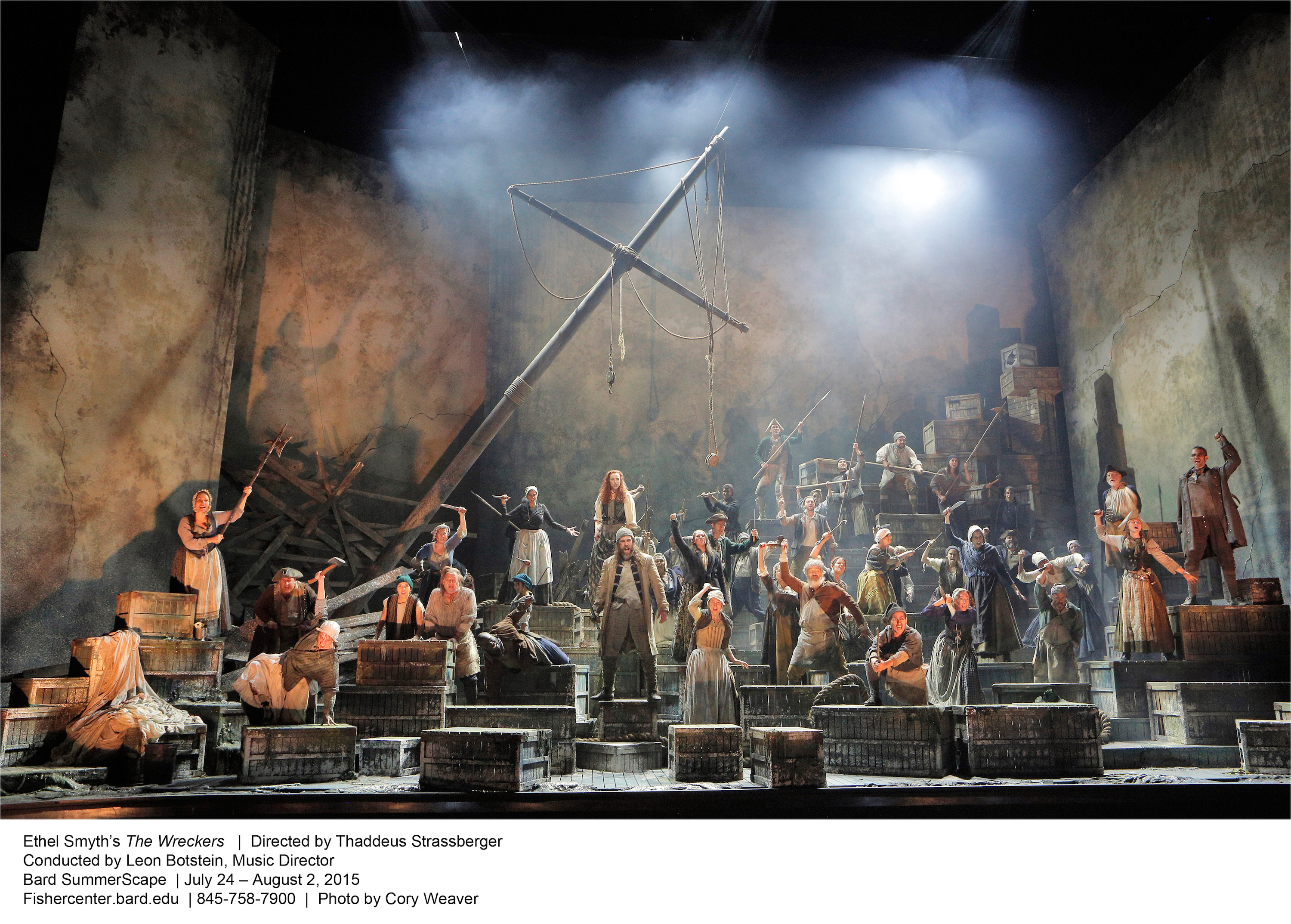 “Some of the most important summer opera experiences in the U.S. are … at Bard SummerScape.” —Financial Times

Throughout the lockdown The Fisher Center at Bard has maintained its commitment to presenting rare operatic works by streaming free, high-quality HD recordings of SummerScape operas produced over the past decade by the Fisher Center, featuring the American Symphony Orchestra under the baton of Maestro Leon Botstein. The Fisher Center’s new virtual stage UPSTREAMING continues its summer programming in July and August with several new and encore opera releases from the Fisher Center’s archive. There will also be a special live stream conversation between conductor Leon Botstein and renowned architect Rafael Viñoly available to Fisher Center and Bard Music Festival sponsor-level members. For information please contact Kieley Michasiow-Levy at kmichasi@bard.edu or 845-758-7987.

In July and August The Fisher Center will stream selected operas from its archives, including the 2012 Bard production of Emmanuel Chabrier’s Le Roi Malgre Lui (The King in Spite of Himself, 1887) on July 22; Antonin Dvorak’s Dimitrij (1882) on August 5; and an exploration of works from Richard Strauss’s oeuvre, capped off by Bard’s much-lauded 2011 production of Die Liebe de Danae (The Love of Danae), composed in 1940 (details below).

A contemporary of Saint-Saëns, Chabrier was an independent-minded and important innovator -- many saw him as having paved the way for French modernism. His 1887 comic opera, The King in Spite of Himself, is considered to have significantly impacted the course of French harmony. This stylish and elegant production from the 2012 Bard SummerScape features a first-rate cast and endlessly inventive and colorful sets and costumes.

Rarely produced, yet considered one of Strauss’s finest operas, Danae received a landmark production in SummerScape 2011 by director Kevin Newbury with sets designed by the renowned architect Rafael Viñoly. The opera’s themes of transformation and the acceptance of life's changes are brilliantly illuminated by Strauss's orchestral mastery.

Korngold’s The Miracle of Heliane – available through August 24

All of these programs can be viewed here.

About UPSTREAMING, the Fisher Center’s virtual stage. Archival Discoveries and New Commissions for the Digital Sphere.

UPSTREAMING broadens the Fisher Center’s commitment to reaching audiences far beyond the physical walls of our building, and offers new ways for us to engage with artists. Launched in April 2020, UPSTREAMING has released new content, including digital commissions, virtual events, and beloved performances and rich contextual materials from the archives of the SummerScape Opera and Bard Music Festival’s 30-year history. UPSTREAMING highlights different aspects of the breadth of programming the Fisher Center offers. In August, UPSTREAMING will announce a series of major virtual commissions that will be released as part of the Fisher Center’s 2020-2021 season.

New releases are announced via the Fisher Center’s weekly newsletter. To receive those updates and stay connected to UPSTREAMING, join the mailing list here.