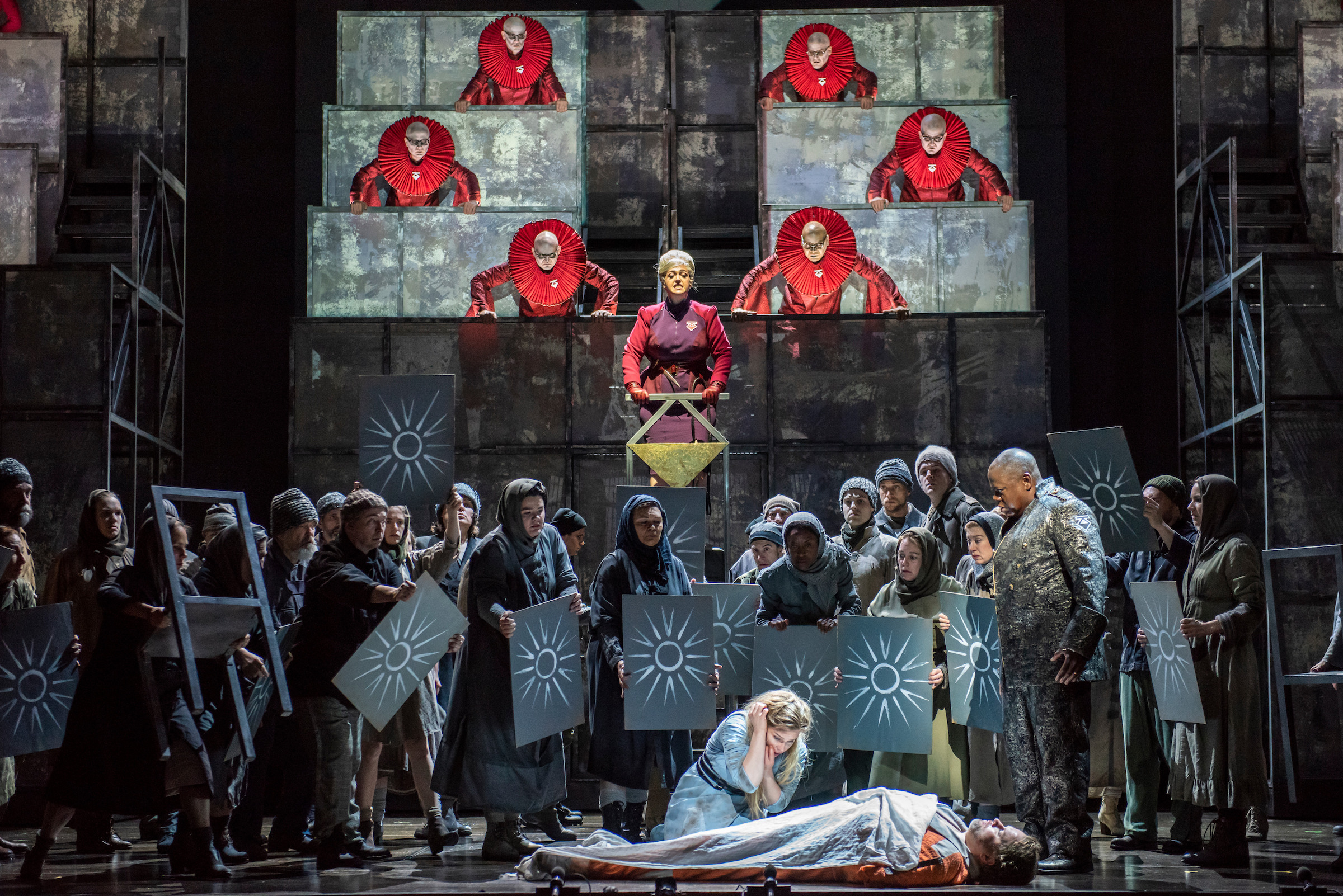 World Opera Day is an international campaign to raise awareness of the positive impact and value of opera for society. As part of World Opera Day, the Fisher Center will present a lively and wide-ranging virtual conversation about opera today between Maestro Botstein and the acclaimed mezzo-soprano Stephanie Blythe, who recently assumed the directorship of the Vocal Arts Program at Bard College. Their conversation will be available for streaming here, beginning October 25. Bard Music Festival members will receive early access to the conversation on October 20.

“Opera is immune to technological reproduction and is a unique amalgam of the visual language and sound,” says Botstein. “It is perhaps the most resilient, alluring, and enduring genre of the human imagination.”

Offering one of the most unique opera programs in the country, Bard presents a new, fully staged production of a rarely performed opera each year as part of the renowned SummerScape Festival. The operas are programmed in conjunction with Bard Music Festival, a summer series led by Botstein, which focuses on one composer each summer for an intensive series of concerts, lectures, and panel discussions. “Some of the most important summer opera experiences in the U.S. are … at Bard SummerScape.” —Financial Times

Since the start of the COVID-19 pandemic, the Fisher Center has been streaming selections from its rich archive of HD video recordings over UPSTREAMING, the Fisher Center’s Virtual Stage. On October 19, Bard SummerScape’s 2016 production of Pietro Mascagni’s Iris joins a robust selection of Bard SummerScape productions of rarely-performed operatic treasures available for viewing. Operas produced in recent years at Bard SummerScape (all currently streaming on UPSTREAMING) include the U.S. premieres of such neglected treasures as Erich Wolfgang Korngold’s Das Wunder der Heliane (2019); Richard Strauss’s Die Liebe der Danae (2012); Carl Maria von Weber’s Euryanthe (2014) and Dame Ethel Smyth’s The Wreckers (2015). These perfromances have been made available at no charge to ensure wider access to these rarely seen works. All of these programs can be viewed here.

About UPSTREAMING, the Fisher Center’s virtual stage. Archival Discoveries and New Commissions for the Digital Sphere.

UPSTREAMING broadens the Fisher Center’s commitment to reaching audiences far beyond the physical walls of our building, and offers new ways for us to engage with artists. Launched in April 2020, UPSTREAMING has released new content, including digital commissions, virtual events, and beloved performances and rich contextual materials from the archives of the SummerScape Opera and Bard Music Festival’s 30-year history. UPSTREAMING highlights different aspects of the breadth of programming the Fisher Center offers. New releases are announced via the Fisher Center’s weekly newsletter. To receive those updates and stay connected to UPSTREAMING, join the mailing list here.