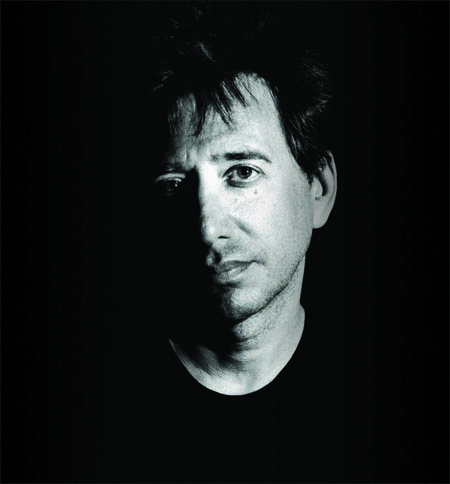 ANNANDALE-ON-HUDSON, N.Y.—New Albion Records and Bard College’s Fisher Center present “An Evening with John Zorn,” Friday, November 12, at 8 p.m. The concert will be performed on the acoustically superb stage of the Sosnoff Theater. Tickets are $20, 30, and 40. For more information about the venue or to purchase tickets, call 845-758-7900, or go to fishercenter.bard.edu.

John Zorn has had a remarkably diverse career as a performer, composer, and producer. A seminal figure of avant-garde and experimental music, he and his work have defied academic categories, embracing a wide range of genres and traditions including jazz, rock, hardcore punk, classical and contemporary classical music, klezmer, pop, and improvised music. As Foster Reed of New Albion Records says, Zorn is a “provocateur of the postmodern in music; with extraordinarily inventive, yet always musical and spiritually inspired composition.”

Drawing on his experience in a variety of musical genres, John Zorn has created an influential body of work that defies academic categories. A native of New York City, he has been a central figure in the downtown scene since 1975, incorporating a wide range of musicians in various compositional formats. Early inspirations include American innovators Ives, Varèse, Cage, Carter, and Partch, the European tradition of Berg, Stravinsky, Ligeti, and Kagel, soundtrack composers Herrmann, Morricone, and Stalling, as well as avant-garde theater, film, art, and literature. He was awarded the William Schuman Prize for Composition from Columbia University, the Cultural Achievement Award from the Foundation for Jewish Culture, and is a MacArthur Fellow. Since 1995, Zorn’s Tzadik label has issued several new recordings each year, along with works by many other musicians.

Composer and vocalist Lisa Bielawa’s recent highlights include performances of her chamber music in New York at Judson Memorial Church, the Brooklyn Museum, and Symphony Space. Her work Chance Encounter, a piece comprising songs and arias constructed of speech overheard in transient public spaces, has been performed at the Whitney Museum of American Art in New York, on the banks of the Tiber River and as part of the opening of the celebrated new MAXXI Museum in Rome, and in Vancouver, British Columbia, as part of the Modulus Festival. Her piece The Right Weather, for piano and orchestra, was commissioned by the American Composers Orchestra to celebrate the opening of the new Zankel Hall in New York. She has sung major roles in operas by Anthony Braxton and Michael Gordon, and has toured and recorded with the early music group Pomerium.

As a soloist, Jennifer Choi has premiered numerous works by many living composers: John Zorn (Goetia); Helmut Lachenmann (Toccatina); Jacob TV (Cappriccio); Susie Ibarra (Palenka); and Wadada Leo Smith (Afrikana). In collaboration with the composer Randall Woolf, she won the 2006 New York State Music Fund grant for the premiere performance of Holding Fast for violin and video. A prominent chamber musician, Choi was the founding member of the Miró String Quartet; the group won the 1996 Fischoff and Coleman chamber music competitions. She has appeared at the Chamber Music Society of Lincoln Center Ravinia Festival, Caramoor Music Festival, Banff Centre for the Arts, and the Santa Fe and La Jolla chamber music festivals, and she is currently a member of Signal Ensemble, Either Or, SONYC, Classical Jam, and the Wordless Music Orchestra. She also recently served as concertmaster on the national tour of Lincoln Center’s production of Rodgers and Hammerstein’s South Pacific.

Pianist and conductor Stephen Drury’s repertoire stretches from Bach to Liszt to the music of today. A champion of contemporary music, he has taken the sound of dissonance into remote corners of Pakistan, Greenland, and Montana as well as Carnegie Hall, the Kennedy Center, the Barbican Centre and Queen Elizabeth Hall in London, and the Leipzig Gewandhaus. During his career Drury has worked closely with John Zorn as well as many of the other leading composers of our time, including György Ligeti, Frederic Rzewski, Olivier Messiaen, Luciano Berio, Helmut Lachenmann, Jonathan Harvey, Michael Finnissy, Lee Hyla, and John Luther Adams. Drury last performed at Bard in the New Albion Festival within a Festival during SummerScape 2008; that summer he also appeared at the Cité de la Musique in Paris for a weeklong celebration of the music of John Zorn. He teaches at New England Conservatory, where he has directed festivals exploring the music of John Cage, Steve Reich, and, earlier this year, Christian Wolff.

Abigail Fischer has performed with New York Collegium, Early Music New York, the Rebel Ensemble, American Bach Soloists, Boston Modern Orchestra Project, and the Boston Pops, and has given world premieres of music by John Zorn as well as Elliott Carter, Nico Muhly, Missy Mazzoli, Bernard Rands, and the Bang on a Can artists. Recent highlights include the VOX contemporary opera showcase and the Chandler Carter opera Strange Fruit with New York City Opera, and an outreach production of Hansel and Gretel with New Jersey State Opera. Her other recent productions include the premiere of Lee Hoiby’s one-act opera This is the Rill Speaking with American Opera Projects, and the premiere of Peter Westergaard’s Alice in Wonderland with Center for Contemporary Opera. Fischer has performed with new music ensembles such as Continuum, the NOW Ensemble, and Sequitur in venues from New York’s Lincoln Center to Jakarta, Indonesia.

Composer and violinist David Fulmer was recently announced the winner of the 14th International Edvard Grieg Competition for Composers, the first American ever to receive the acclaimed award. He has also been named a winner of the 56th annual BMI Composer Awards, and was recently presented with the prestigious Charles Ives Award (Scholarship) from the American Academy of Arts and Letters for his original compositions. He appears regularly and records often with the new music ensembles Speculum Musicae, the Group for Contemporary Music, the New York New Music Ensemble, and also with the Second Instrumental Unit, an ensemble that he cofounded and directs. He has appeared recently on the Great Performers Series at Lincoln Center and on Live from Lincoln Center broadcasts. Fulmer has a master’s degree in composition from Juilliard, where he is currently completing his studies as a C. V. Starr Doctoral Fellow. He was recently appointed to the faculty of Columbia University.

Since his concerto debut at the Ravinia Festival in 2004, violinist Jesse Mills has performed music from classical to contemporary as well as composed and improvised music of his own invention. In a review of one of his performances, the Washington Post said, “Mills played [Messiaen] as if he’d just received it from some distant, vast and magnificent reach of the cosmos.” He earned a Grammy nomination for his work on a CD of Arnold Schoenberg’s music released by Naxos in 2005. As a member of the FLUX Quartet from 2001–03, Mills performed music composed during the last 50 years (including Morton Feldman’s famous six-hour-long String Quartet No. 2), in addition to frequent world premieres. As a composer and arranger, Mills has been commissioned by venues including Columbia University’s Miller Theater and the Chamber Music Northwest festival in Portland, Oregon. Mills is cofounder of Duo Prism, a violin-piano duo with Rieko Aizawa; they earned first prize at the Zinetti International Competition in Italy in 2006. He is a graduate of Juilliard, where he was a student of Dorothy DeLay, Robert Mann, and Itzhak Perlman.

As a voice student at the Yale School of Music, Kate Mulvihill was a member of the acclaimed choir of Christ Church, New Haven, and a soloist with the Yale College Bach Society. Upon graduation, she traveled with Yale-affiliated Blue Line Arts to premiere The Scarlet Letter, a new opera by Dan and Stacey Koloski, at the Edinburgh Festival Fringe. In New York City she has performed with ensembles such as the choir of Trinity Church, Wall Street, Vox Vocal Ensemble, Antioch Chamber Ensemble, and Alarm Will Sound, in venues from Carnegie Hall to a Metro-North underpass in Harlem. A cofounder of New York’s Treble Trio Eos, Mulvihill has coached with members of Anonymous 4 and Trio Medieval and premiered works by composers Kate Soper, Robinson McClellan, Keith Murphy, Robert Lehman, and Elyzabeth Meade, among others, and was a finalist for the Early Music America Competition for Emerging Artists.

A frequent interpreter of new music, Kamala Sankaram has collaborated with the Wooster Group and the Philip Glass Ensemble, and has premiered works by Anthony Braxton, David T. Little, and Corey Dargel, among others. Her own compositions have been performed at the Lucerne Festival, the Bang on a Can Marathon, and Santa Fe New Music. She had the featured commission in the 21st Century Liederabend, which was chosen by Time Out New York as the best classical concert of 2009. She is also an artist in residence at HERE Arts Center, where she is developing a multimedia chamber operetta for production in the fall of 2011. In addition to her musical pursuits, she is a voice actress, having created characters for Comedy Central, the Cartoon Network, and Studio Mouse.

Cellist Fred Sherry has introduced audiences on five continents to the music of our time through his close association with such composers as John Zorn as well as Milton Babbitt, Luciano Berio, Lukas Foss, and Oliver Knussen. Elliott Carter dedicated his cello concerto to Sherry, who gave its European premiere and recorded it with Knussen and the BBC Symphony Orchestra. Sherry has also premiered and recorded concertos written for him by Mario Davidovsky, Steven Mackey, and Charles Wuorinen. He has been a member of the Group for Contemporary Music, Berio’s Juilliard Ensemble, and the Galimir String Quartet, and a close collaborator with jazz pianist and composer Chick Corea. Sherry was a founding member of Speculum Musicae and Tashi. He is a member of the cello faculty of the Juilliard School, the Mannes College of Music, and the Manhattan School of Music.

Called “an appealingly rich alto” by the New York Times and “an ideal Bach alto” with “elemental tone quality” by the Philadelphia Inquirer, Kirsten Sollek is a regular presence on concert and opera stages. She has been a soloist with conductors Jane Glover, Andrew Parrott, Helmuth Rilling, Christopher Warren-Green, Bruno Weil, and Jeannette Sorrell, in ensembles such as Tafelmusik, Minnesota Orchestra, Bach Collegium Japan, New York Collegium, Concerto Palatino, Dallas Bach Society, Orchestra of St. Luke’s, Mostly Mozart Festival, Boston Early Music Festival, Lufthansa Festival, and Carmel Bach Festival. Also active in new music, she has appeared at the June in Buffalo and Ojai Music Festivals performing works by Steve Reich, and has recorded Reich’s The Desert Music and Tehillim with Alarm Will Sound. She has premiered music by John Zorn in New York, Milan, and Paris. Her opera roles include Bradamante in Handel’s Alcina, and Beauty (written for her) in Blood Rose by Hannah Lash.