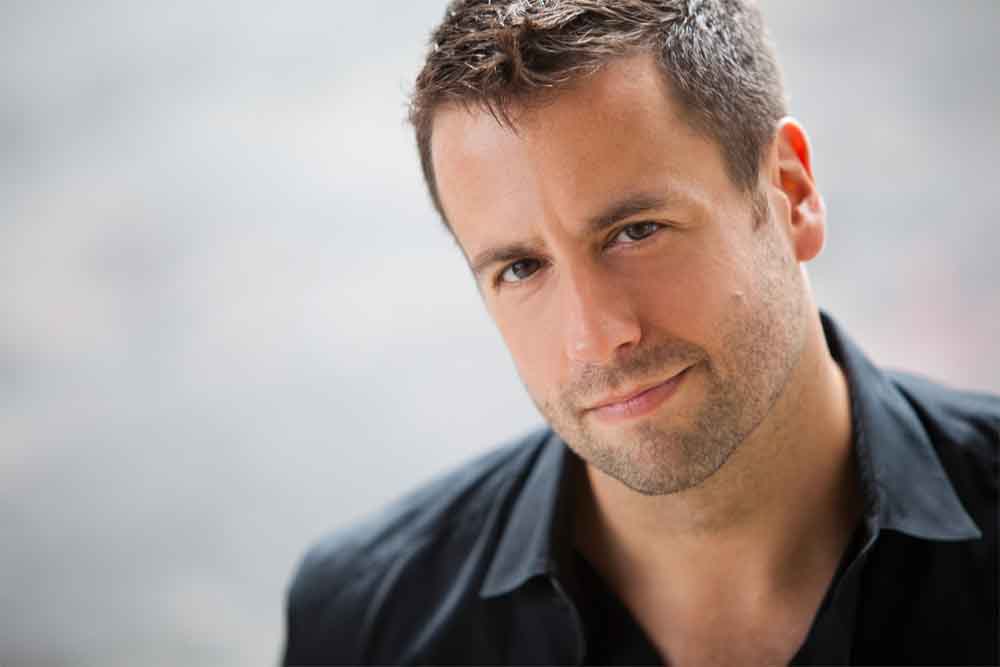 ANNANDALE-ON-HUDSON, N.Y.—Bard College announces the appointment of performing arts curator, artistic director, and dramaturg Gideon Lester to the College faculty, naming him Director of Theater Programs and Professor of Theater. He will head the undergraduate theater program at Bard, where he will teach full time, and also curate the professional Fisher Center and SummerScape theater and dance offerings. Lester, whose appointment is effective fall 2012, will also serve as a dance and theater consultant for the Fisher Center this spring.

“We’re delighted to welcome Gideon Lester,” said Bard College President Leon Botstein. “He succeeds the esteemed and distinguished JoAnne Akalaitis, who is retiring after 14 years as the head of the Theater Department at Bard. Gideon Lester will not only take over her duties, but will also become a colleague crucial to the development of Bard’s public offerings and graduate programs.”

“Bard has a well-deserved reputation as one of this country's leading centers of innovation, education, research, and production in the arts,” said Lester. “I’m honored to be leading the College's distinguished Theater Program into a new era, and to be working with President Botstein and the Bard community to continue bringing world-class performing artists to the magnificent Fisher Center.”

Gideon Lester, a London native, received his bachelor of arts from Oxford University, where he studied English literature, and completed his graduate training in dramaturgy at Harvard University, where he was a Fulbright and Frank Knox Scholar. He is the co-curator of Crossing the Line, a transdisciplinary arts festival in New York City. From 1997 to 2009, Lester worked at the American Repertory Theatre (A.R.T.) in Cambridge, Massachusetts, as Acting Artistic Director, Associate Artistic Director, and Resident Dramaturg. At A.R.T he collaborated with many leading American and international artists, including Neil Bartlett, Anne Bogart, Chen Shi-Zheng, Martha Clarke, Rinde Eckert, Krystian Lupa, Peter Sellars, Anna Deavere Smith, Robert Woodruff, Anne Washburn, and The Dresden Dolls. From 1997 to 2009, he directed Harvard University’s MFA program in dramaturgy at the A.R.T./Moscow Art Theatre Institute for Advanced Theatre Training. He also taught undergraduate courses in playwriting and dramaturgy at Harvard College.

Lester’s translations for the stage include plays by Marivaux, Büchner, and Brecht, and his stage adaptations include Kafka’s Amerika and Wim Wenders’ Wings of Desire. His work has been presented at theaters and festivals throughout the world. He has curated international colloquia including “Bodies on the Line” with Anna Deavere Smith, at NYU (2010), and “New Worlds, New Arts, New Models: Imagining the Future of Global Arts Institutions” at NYU Abu Dhabi (2011). Since 2009, he has taught at Columbia University’s School of the Arts, where he founded and currently directs the Arts Collaboration Lab in association with Performance Space 122.

ABOUT THE THEATER PROGRAM AT BARD

The Theater Program is grounded in the belief that theater is a fundamental cultural necessity that enriches all who participate in it. The program emphasizes the practical and the theoretical; technique and practice; and the knowledge of dramatic literature, theater history, and dramaturgy. It is geared toward students who are interested in theater as a part of a liberal arts education and those who might wish to pursue further professional training or a career in theater.

ABOUT RICHARD B. FISHER CENTER FOR THE PERFORMING ARTS AT BARD

The Richard B. Fisher Center for the Performing Arts at Bard College offers an architecturally bold and dynamic environment for innovative artistic presentation in the Hudson Valley. Designed by Frank Gehry, the Fisher Center provides audiences with a world-class complex that inspires risk-taking performances and provocative programs in orchestral, chamber, and jazz music and theater, dance, and opera by American and international artists. The Fisher Center is home to the annual Bard SummerScape and Bard Music Festivals – multidisciplinary performing arts festivals presenting dance, theater, opera, music, and film during the summer months. The Fisher Center also programs performances during the academic year and serves as home to the college’s undergraduate Theater and Dance programs.

Bard College, founded in 1860, is a highly selective private college of the liberal arts and sciences in Annandale-on-Hudson, N.Y.