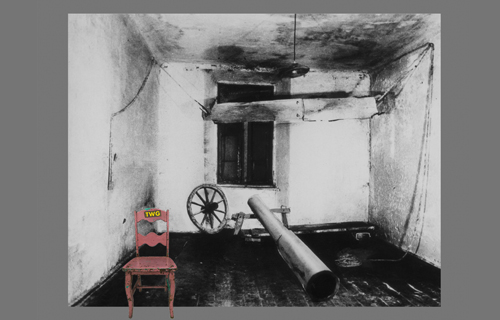 Image courtesy of The Wooster Group

About The Wooster Group

The Wooster Group originated in 1975 with works composed and directed by Spalding Gray and Elizabeth LeCompte around Gray's autobiographical impulses (the THREE PLACES IN RHODE ISLAND trilogy). Jim Clayburgh, Libby Howes, and Ron Vawter began working with the company during RUMSTICK ROAD, and Willem Dafoe and Kate Valk joined during POINT JUDITH. Peyton Smith joined for ROUTE 1 & 9. The Group has sustained a full-time, ongoing ensemble since this beginning. The company is constantly evolving, and with its many artistic associates has created and performed twenty-one pieces for theater, twelve film/video pieces, and five dance pieces. The company members are at the center of the work. Elizabeth LeCompte has directed all of the pieces, and members who have “moved on” periodically return to remount repertory pieces and make new work.

More recently, Ari Fliakos and Scott Shepherd have joined the core company alongside LeCompte and Valk. Fliakos interned with the Group in 1995 and joined the company as a performer in FISH STORY in 1996. Shepherd first worked with The Wooster Group in 1997 as a performer in THE HAIRY APE, and became a part of the permanent company two years later.
The Group has used both personal and Group autobiography, and existing texts as an organizing principle for their work. Sometimes the autobiography is foregrounded (POOR THEATER) and sometimes it is submerged (Ron's illness as source material for ST. ANTONY). Sometimes plays are jumping-off points for a piece (Arthur Miller's The Crucible in L.S.D. (...JUST THE HIGH POINTS...), the last eight pages of Chekhov's Three Sisters for FISH STORY). And, sometimes a play as a whole is re-imagined through the prism of our developing aesthetic (VIEUX CARRÉ, TO YOU, THE BIRDIE! (Phèdre), BRACE UP!, the O'Neill plays).

The Performing Garage has been The Wooster Group's permanent home and performance venue since its beginning and all of their work has been developed there. It was bought in the early 1970s when Soho was still an empty warehouse district being reinhabited by artists. The Wooster Group owns and operates it as a shareholder in the Grand Street Artists Co-op, which was originally established as part of the Fluxus art movement in the 1960s. Before the formation of The Wooster Group, The Performance Group, under the direction of Richard Schechner, developed and produced work at the Garage. From 1975-1980 the two groups shared the space. Prior to The Performance Group founding The Performing Garage, 33 Wooster Street was a metal stamping/flatware factory.

In A PINK CHAIR (IN PLACE OF A FAKE ANTIQUE) THE WOOSTER GROUP explores the work of Polish visual artist and stage director Tadeusz Kantor (1915–90), the most important 20th-century Polish theater artist alongside Jerzy Grotowski. The production is partly based on film documentation of Kantor’s penultimate stage production I Shall Never Return (1988), which itself was partly an adaptation of The Return of Odysseus, a 1907 play by the Polish dramatist Stanisław Wyspiański.

“Returning” is a key concept in Kantor’s theater. His biography and art combine contradictions and are simultaneously extremely original and emblematic for the whole 20th century. Born in the tiny Polish-Jewish town of Wielopole, he became a renowned artist (his performances were presented all over the world, from New York to Shiraz and Tokyo. He was quintessentially Polish, and yet also cosmopolitan. He witnessed two world wars (his father was killed in Auschwitz), the triumph and collapse of communism in Central Europe, the outbreak of the avant-garde movement in the interwar years, and the 1960s. He always returned to the places, people, and events that shaped him, believing that development takes place on a spiral rather than a straight line.

Kantor’s work with his two companies, the occupation-era Underground Independent Theatre (1942–44) and the Cricot 2 Theatre (1955–91), was both a continuation of the explorations of the avant-garde led by the Bauhaus and Cabaret Voltaire and an anticipation of what is happening today in the so-called “postdramatic” theater. Kantor was a versatile artist: painter, sculptor, stage designer, and writer; he organized exhibitions, and happenings and directed performances. In defiance of the traditions of Polish theater, which emphasized literary text, virtuosic acting skills, and impressive stage design, Kantor presented the crazy, absurdist plays of experimental writer Witkacy (Stanisław Ignacy Witkiewicz), as well as his own scores for performance. He solved the eternal dispute between naturalism and abstraction by introducing the idea of the “reality of the lowest rank.” According to this principle he filled his stage with simple, everyday, and often damaged objects—a chair, plank, old bathtub, and cartwheel. These were not symbolic props that referred to the outside world, but real (although dead) actors, with their own histories and personalities. For his stage performances, he invited not the perfectly spoken, graceful theatrical professionals but his fellow painters, eccentrics, and weirdos, who didn’t attempt to disappear behind their roles. His model for the actor was a doll, a tailor’s mannequin, and also a soldier, moving in a mechanized way, devoid of expression. He wrote of actors: “They are repeats, replicas, therefore fraudulent, the living dead from birth.”

Kantor’s theater explored the spatial dimension of memory and the role of theater as a medium serving the flawed but essential repetition of the past. Creating theatrical performances was akin to reviving a world captured on old photographic film, or a kind of a spiritual séance. The stage turned out to be a place where the dead could speak in their own voices and plead with the audience to remember them—as in a Greek tragedy, Hamlet, or the Polish four-part dramatic work Forefathers’ Eve, in which pagan rites allow the participants to talk to their dead ancestors. In Kantor’s case, the dead were his family, friends, and the Jews from his hometown killed during the war. His dramas were also peopled with the ghosts of old performances, for the life of the theater is even more fragile than human life.

Kantor himself was a shaman leading this theatrical rite of communication with spirits past. During performances he would sit on an old, damaged, squeaky chair on the side of the stage, as if to emphasize that we are entering the private world of his memory, looking through his album of family photographs alongside him. He was Charon, the old ferryman of Hades, who carried his audience on his boat across the river of oblivion and into the land of the dead.

Anna R. Burzyńska is assistant professor at the Department of Theater at Jagiellonian University, Kraków, Poland. She is editor of the Didaskalia theater journal. As dramaturg and curator, she cooperated with Stefan Kaegi; Lars Jan; Barbara Wysocka; Goethe-Institut; and Cricoteka, the Centre for the Documentation of the Art of Tadeusz Kantor.

The Wooster Group is one of America's most daring and imaginative theater companies. As the New York Times writes, "throughout its almost 40 unceasingly fertile years of existence, this genre-bending troupe has taken theatergoers through twisting labyrinths of productions, in which reality and its representations are splintered by technology and irony."

Now The Wooster Group engages the work of visionary artist and stage director Tadeusz Kantor, whose theater was born from the fractures of 20th-century Poland and spoke to the world about imagination and history. A PINK CHAIR is an homage to Kantor and his actors, and a self-reflective take on The Wooster Group's own ecstasy, despair, nostalgia, and memory.


Wednesday, July 19 following the matinee
Post-performance conversation
Elizabeth LeCompte and members of The Wooster Group
in conversation with Gideon Lester, Artistic Director of Theater and Dance

Coach transportation from New York City is available for select performances. Click here to learn more.The production was cocommissioned by the Adam Mickiewicz Institute, Poland, as part of a program celebrating the 100th anniversary of the birth of Tadeusz Kantor."When it comes to striking sparks from crashing art forms and time zones, nobody beats The Wooster Group at the top of its game."—New York Times