An Evening with Anna Deavere Smith 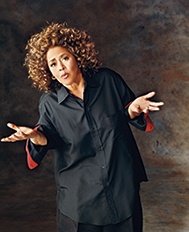 “Anna Deavere Smith is the ultimate impressionist.  She does people’s souls.”—New York Times

Widely acclaimed as one of the most provocative writers and performers of our time, Anna Deavere Smith is as celebrated for her investigative “documentary style” theater (Fires in the Mirror, Twilight: Los Angeles 1992) as for her starring roles on The West Wing and Nurse Jackie. Join her for an intimate evening in which she shares portraits of real people she has embodied over the past two decades.

Running time for this performance is approximately 90 minutes without intermission.