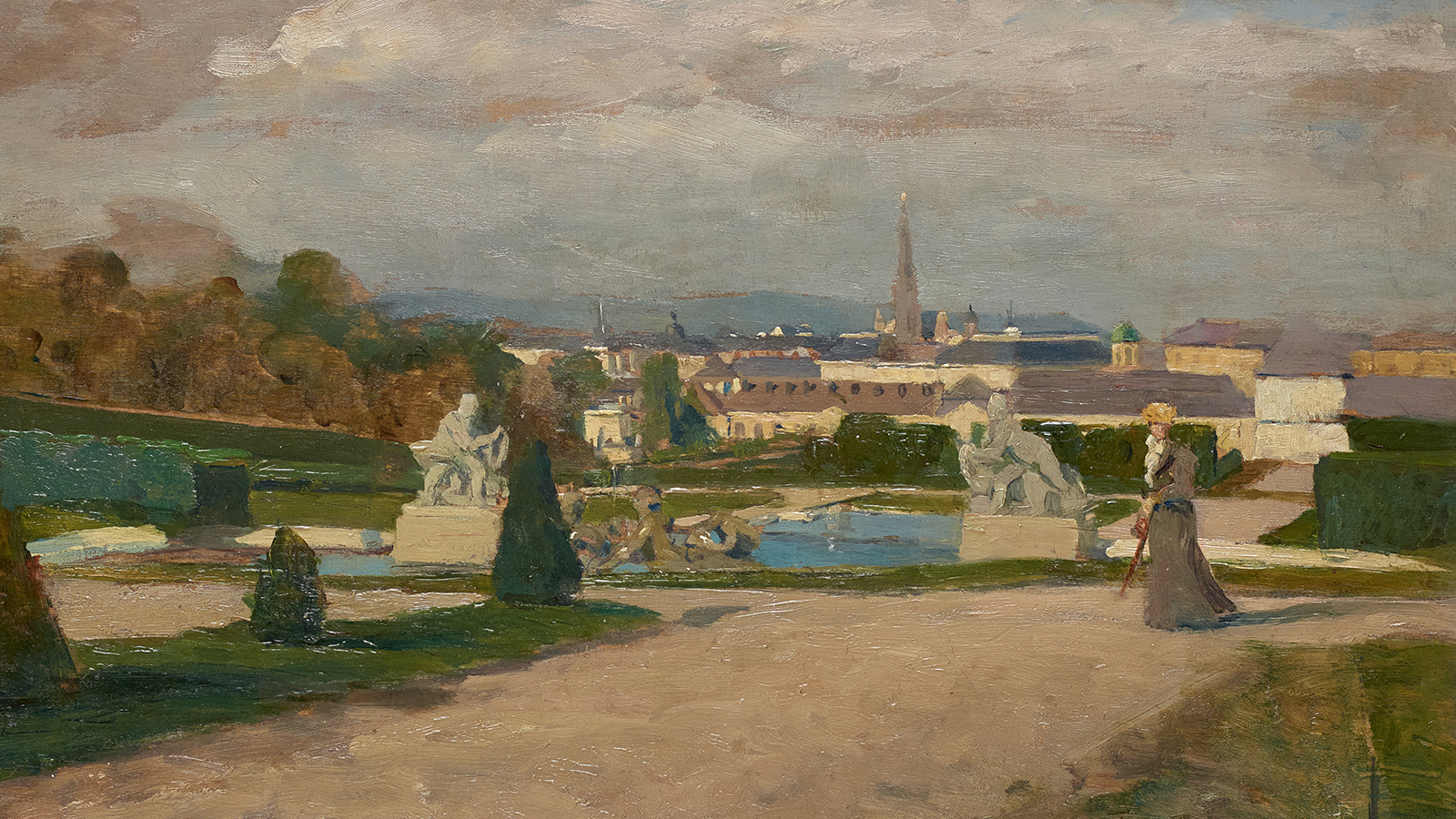 Ms. Blythe has sung in many of the renowned opera houses in the US and Europe including the Metropolitan Opera, San Francisco Opera, Lyric Opera of Chicago, Seattle Opera, Royal Opera House Covent Garden, and the Opera National de Paris. Her many roles include the title roles in Carmen, Samson et Dalila , Orfeo ed Euridice, La Grande Duchesse, Tancredi, Mignon, and Giulio Cesare; Frugola, Principessa, and Zita in Il Trittico, Fricka in both Das Rheingold and Die Walküre, Waltraute in Götterdämmerung, Azucena in Il Trovatore, Ulrica in Un Ballo in Maschera, Baba the Turk in The Rake's Progress, Ježibaba in Rusalka, Jocasta in Oedipus Rex, Mere Marie in Dialogues des Carmélites; Mistress Quickly in Falstaff, and Ino/Juno in Semele. She also created the role of Gertrude Stein in Ricky Ian Gordon's 27 at the Opera Theatre of Saint Louis.

A frequent recitalist, Ms. Blythe has been presented in recital in New York by Carnegie Hall in Stern Auditorium and Zankel Hall, Lincoln Center in both its Great Performers Series at Alice Tully Hall and its American Songbook Series at the Allen Room, Town Hall, the 92nd Street Y, and the Metropolitan Museum of Art. She has also been presenter by the Vocal Arts Society and at the Supreme Court in Washington, DC; the Cleveland Art Song Festival, the University Musical Society in Ann Arbor, the Philadelphia Chamber Music Society, Shriver Hall in Baltimore, and San Francisco Performances.

A champion of American song, Ms. Blythe has premiered several song cycles written for her including Twelve Poems of Emily Dickinson by the late James Legg, Covered Wagon Woman by Alan Smith which was commissioned by the Chamber Music Society of Lincoln Center and recorded with the ensemble (CMS Studio Recordings); and Vignettes: Ellis Island, also by Alan Smith and featured in a special television program entitled Vignettes: An Evening with Stephanie Blythe and Warren Jones.

Ms Blythe starred in the Metropolitan Opera’s live HD broadcasts of Orfeo ed Euridice, Il Trittico, Rodelinda, and the complete Ring Cycle. She also appeared in PBS's Live From Lincoln Centerbroadcasts of the New York Philharmonic's performance of Carousel and her acclaimed show, We'll Meet Again: The Songs of Kate Smith. Her recordings include her solo album, as long as there are songs (Innova), and works by Mahler, Brahms, Wagner, Handel and Bach (Virgin Classics).

Ms. Blythe's many engagements have also included her return to the Metropolitan Opera for The Rake's Progress, the Lyric Opera of Chicago for Il Trovatore, the Seattle Opera for Semele, Samson et Dalilah with the Atlanta Symphony and Carnegie Hall for a recital in Stern Auditorium.  Last season she performed with the San Francisco Opera as Mrs. Lovett in Sweeney Todd and the Houston Grand Opera as Nettie Fowler in Carousel. She also performed her new program, Sing, America! at Carnegie Hall.  Next season she returns to Opera Philadelphia for the title role inTancredi, brings her acclaimed performance of Gertrude Stein in Ricky Ian Gordon's 27 to New York's City Center, and returns to Palm Beach as Ruth in performances of The Pirates of Penzance.

Ms. Blythe was named Musical America’s Vocalist of the Year for 2009. Her other awards include the 2007 Opera News Award and the 1999 Richard Tucker Award. She is also the Artistic Director of the Fall Island Vocal Arts Seminar at the Crane School of Music.

“No praise could be high enough for Piers Lane whose playing throughout is of a superb musical intelligence, sensitivity, and scintillating brilliance." —Bryce Morrison, Gramophone

London-based Australian pianist Piers Lane stands out as an engaging and highly versatile performer, at home equally in solo, chamber and concerto repertoire. Recent highlights include a performance of Busoni’s mighty piano concerto at Carnegie Hall, premieres of Carl Vine’s second Piano Concerto, written for him, with the Sydney Symphony and the London Philharmonic, and several sold-out solo recitals at Wigmore Hall.

Piers Lane has recently been appointed as the new Artistic Director of the Sydney International Piano Competition of Australia. He was the Artistic Director of the Australian Festival of Chamber Music from 2007 until 2017 and also directed the annual Myra Hess Day at the National Gallery in London from its inception in 2006 until 2013. From this sprang his collaboration with actress Patricia Routledge on a theatre piece devised by Nigel Hess, exploring Dame Myra’s work throughout the Second World War. This show, entitled “Admission: One Shilling”, has been performed over 70 times, throughout the UK at many festivals and theaters and recently throughout Australia and Belgium.

Piers has recorded over sixty CDs on major labels, primarily with Hyperion Records. Awaiting release are another Piers Goes to Town recital disc, concertos by Ferdinand Ries, and a sonata disc with violinist Tasmin Little. Recent releases include concertos by the Australians Alfred Hill and George Boyle, a Franck, Faure and Szymanowski disc with Tasmin Little and works by Borodin, the ninth disc he has recorded with the Goldner String Quartet.

Many composers have written for him and he has premiered works by Brett Dean, Dave Heath, Colin Matthews, Richard Mills, Carl Vine, Benjamin Wallfisch and Malcolm Williamson.

He has written and presented over 100 programs for BBC Radio 3; holds Honorary Doctorates from Griffith University and James Cook University; and in 1994 was made an Honorary Member of the Royal Academy of Music, where he was a professor from 1989 to 2007.

Many composers have written for Piers Lane and he has premiered works by Brett Dean, Dave Heath, Colin Matthews, Richard Mills, Carl Vine, Benjamin Wallfisch and Malcolm Williamson, among others. He gave the first performance in modern times of Parry’s Piano Concerto and Harty’s Piano Quintet, and has made many first recordings, including Elgar’s Impromptu, John Ireland’s Ballerina and Malcolm Williamson’s fourth Piano Concerto. He gave the centenary performance at the Proms of Sir Arthur Bliss’s Piano Concerto and, with the American Symphony and Leon Botstein, New York performances of Bliss and Czerny at Avery Fisher Hall in the Lincoln Center and Frank Bridge’s Phantasm at Carnegie Hall.

Piers Lane has written and presented over 100 programs for BBC Radio 3, including the popular 54-part series, The Piano. He holds Honorary Doctorates from Griffith University, Brisbane, and James Cook University, Townsville. He was recently presented with the first medal from the Laza Kostic fund for promoting Serbian culture during difficult political times in the late 90s. In 1994, he was made an Honorary Member of the Royal Academy of Music, where he was a Professor from 1989 to 2007. He is President of the European Piano Teachers’ Association UK, Patron of the Australasian Piano Pedagogy Conference, the Old Granary Studio in Norfolk, the Tait Memorial Trust in London, the Youth Music Foundation of Australia and the Music Teachers’ Association and the Accompanists’ Guild in Queensland. He is a Trustee of the Hattori Foundation in London and Vice-President of Putney Music Club. In the Queens Diamond Jubilee Birthday Honours, he was made an Officer in the Order of Australia (AO) for distinguished services to the arts as pianist, mentor and organizer.

Highlights of the past season included performing with newly formed The Orchestra Now in Carnegie Hall, an extensive recital tour of Australia and performances at the Wimbledon Festival. He also gave over thirty performances in Australia, and performed throughout the UK, and in Poland and Czech Republic. Forthcoming highlights include chamber performances at the Huntington Festival in Australia, a performance with Queensland Symphony Orchestra and a solo recital in London. In the Queen’s Diamond Jubilee Honours, Piers was made an Officer in the Order of Australia for services to music

Anchored by The Orchestra Now, and exploiting Bard’s unusual ability to integrate orchestral, choral, solo, and chamber works within a single event, this opening concert offers a broad overview of the composer’s multi-faceted career. It was Korngold’s ballet-pantomime, Der Schneemann, that first made him a sensation; completed when the composer was just eleven, the work is already a masterly marriage of tight construction and Viennese charm. Excerpts will be heard alongside a selection of songs; the virtuosic Piano Quintet in E, one of his early-adult successes; the Overture to The Sea Hawk, the last and best of his wartime Errol Flynn swashbucklers; Tomorrow, the tone poem he wrote for The Constant Nymph; and his Cello Concerto, an uncharacteristically modern work that began life as the climax of the Bette Davis vehicle Deception, before being expanded for concert performance in the composer’s final decade.