Program One The Exemplary Musician 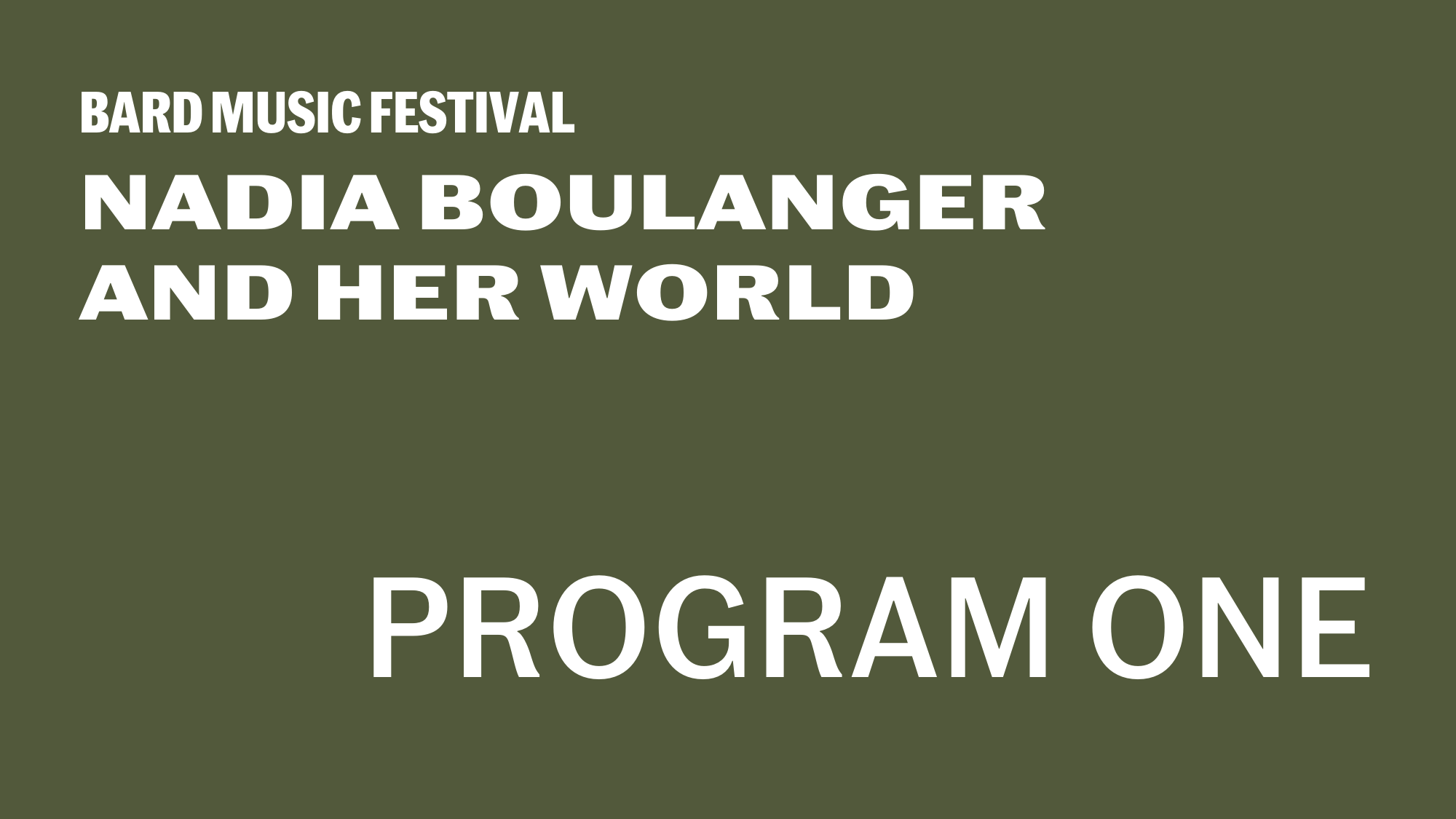 "Lili’s sharply imagined cantata, “Faust et Hélène,” which made her the first woman to win the Prix de Rome, anchors the opening program, and sprinklings of works by Poulenc, Satie, Debussy, Ravel, and Messiaen throughout the weekend evoke the cultural milieu of Paris in the first half of the last century."—New Yorker

Anchored by TŌN, and exploiting Bard’s unusual ability to integrate orchestral, choral, solo and chamber works within a single event, this opening concert pairs several of Nadia Boulanger’s own compositions—her Mussorgskian piano piece Vers la vie nouvelle, selected songs and Lux aeterna, her brief tribute to her sister, Lili—with music by some of her most distinguished female students.

Lili is represented by her haunting Pie Jesu, a piece she dictated on her deathbed, and by Faust et Hélène, the cantata with which she became the first woman to win the coveted Prix de Rome, surpassing the older sister to whom she dedicated it.