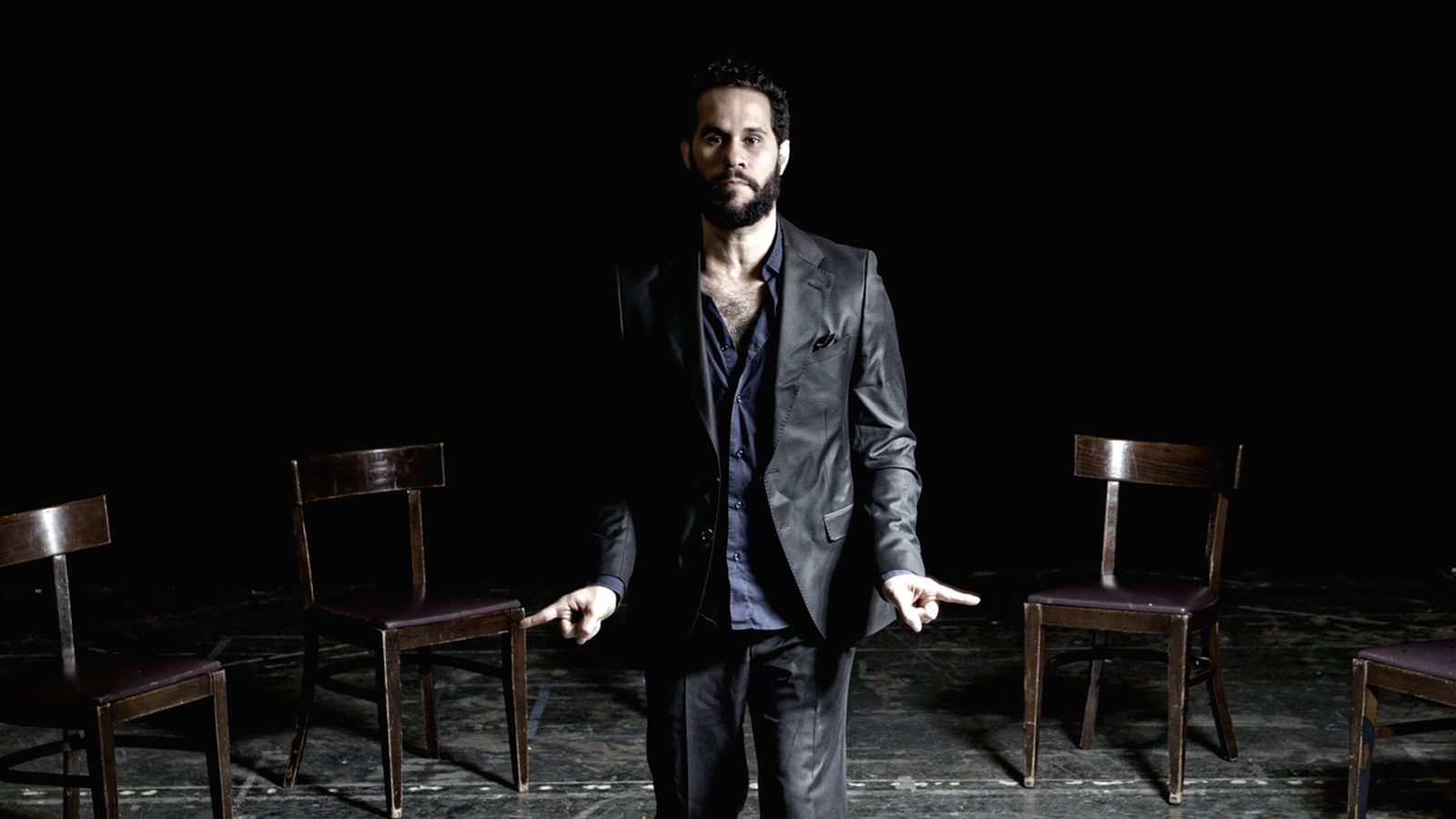 Photo courtesy of the artist

Rudi Goblen is a writer, dancer, actor, and music producer. He was commissioned by Miami Light Project to create the solo dance theatre performances Insanity Isn’t, Fair Welling, and PET. He is also known as an acclaimed B-Boy. Alongside his award-winning crew Flipside Kings, he has toured internationally, competing, adjudicating, and teaching.

Rudi is a member of Teo Castellanos/D-Projects, a contemporary dance/theater company that fuses world arts and culture while examining social issues through performance. With D-Projects, Rudi toured internationally in Scratch & Burn, a meditation on the war in Iraq; and FAT BOY, a project exposing world hunger amid American consumerism and waste. Rudi is a recipient of the Future Aesthetics Artist Re-grant (FAAR) funded by the Ford Foundation in conjunction with the Future Aesthetics Cohort, the Miami-Dade County’s Choreographers Award (2013, 2018), and a FEAST Miami Grant for his book of poems and artwork A Bag of Halos and Horns.

He has trained and worked with DV8 Physical Theater, Cirque Du Soleil, and is a founding member of Rosie Herrera Dance Theatre. He has released five instrumental albums, and is currently attending the Yale School of Drama for an MFA in Playwriting.

Andrews "NonMS" Diaz is an Artist (Musician, Music Producer, Dancer, Instructor, and Choreographer) from Miami, Florida. He began his professional career as a dancer, where he had the privilege to grace the global stage with Latin artists such as Gloria Estefan, Diego Torres and Jose Jose. As a member of the musical group ¡MAYDAY!, Andrews has had the privilege to perform as a musician/dancer throughout the U.S. and Canada on multiple national tours since 2011.

Also a member of the Bboy Crew Flipside Kings, Andrews has and continues to share his experience with the local community as an instructor and facilitator.  In recent years, he's joined P.A.T.H., an organization focused on Preserving, Archiving, and Teaching Hip Hop culture to the youth.

With experience in many facets of the entertainment industry, Andrews will continue to push ahead in his artistic career with the hopes of not only inspiring others through his passion for dance and music, but of taking these art forms to an entirely new level of excellence.

Felix is a multi-instrumentalist musician, producer, B-Boy, and DJ from Fort Lauderdale, Florida. He started his journey into music as a B-Boy coming up in the classic late 90's Florida scene and is a founding member of Unique Styles Crew. Inspired by his surroundings, Felix decided to take music to another level.

As a musician Felix founded and is the drummer of the live band Fusik, currently performing at festivals, B-Boy events, clubs, and events around the globe. Joining forces with Miami's own Hip Hop group ¡MAYDAY!, he hit the road performing six national tours as the group’s bassist and DJ. His passion for music continues as a DJ, taking from his experience as a B-Boy and a band leader and pushing it on the wheels of steel. Felix continues to bring quality music to fellow dancers and music lovers alike.

After 30 years in the United States, it is the day of Fito’s naturalization ceremony. As he raises his hand for the Oath of Allegiance, he is transported to a composition of musical snapshots that make up his tapestry in this country. Some are jaded, some moot, some filled with bodies of water, some disheartening—but none ever debilitating enough to keep him from chasing his dream to be the first American citizen in his family. FITO is an interactive concert-play incorporating songs, stories, and spoken-word poems that meld to paint a soundscape of what it can take to be accepted in your own home, by your own people—or yourself. This program is a part of the 2019 Live Arts Bard Biennial: Where No Wall Remains.

Save $20 when you purchase the Sunday Package for the coach and all performances.
This production contains strobe lighting effects.

Tickets are standing room only; accessible seats are available.