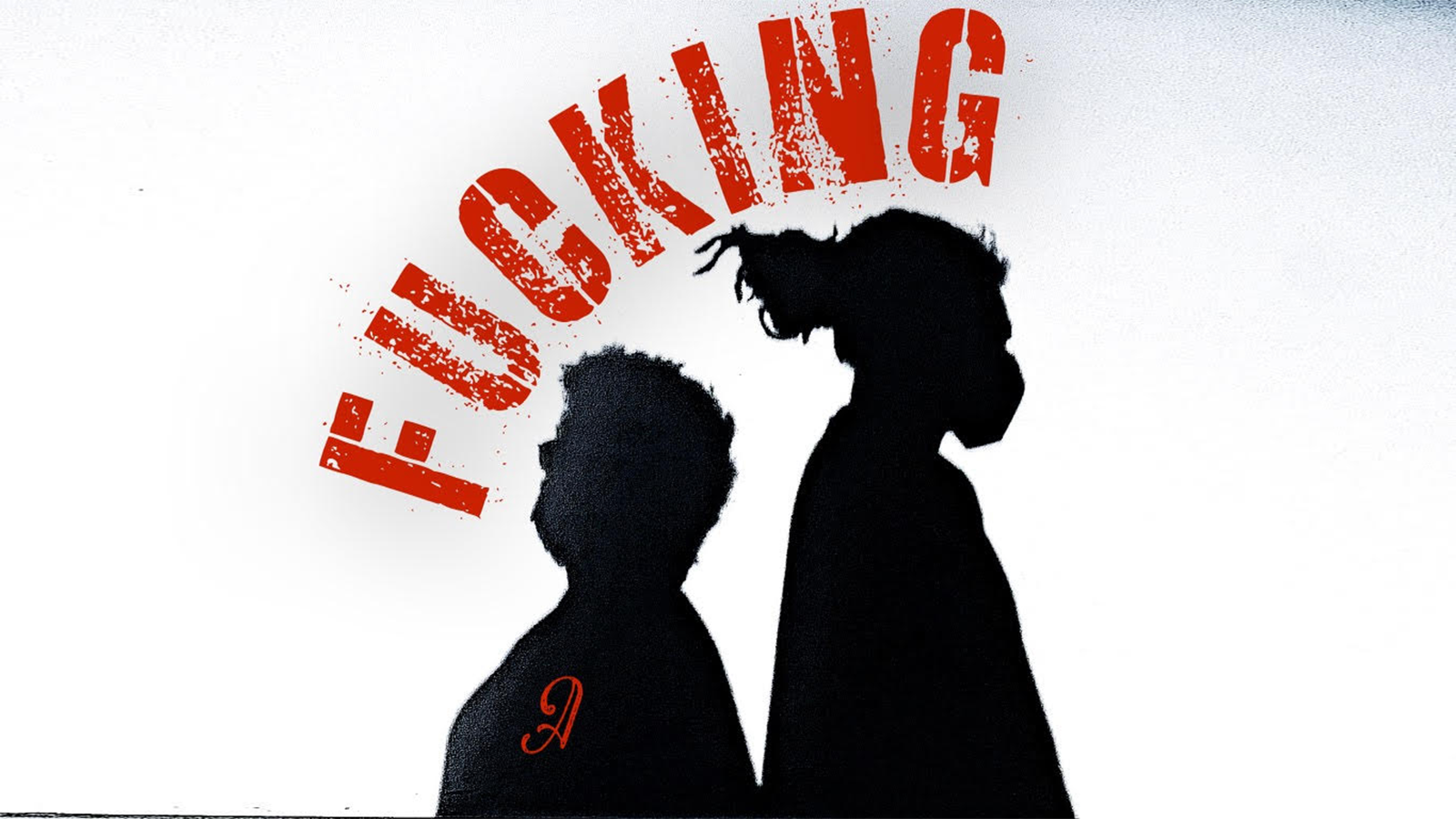 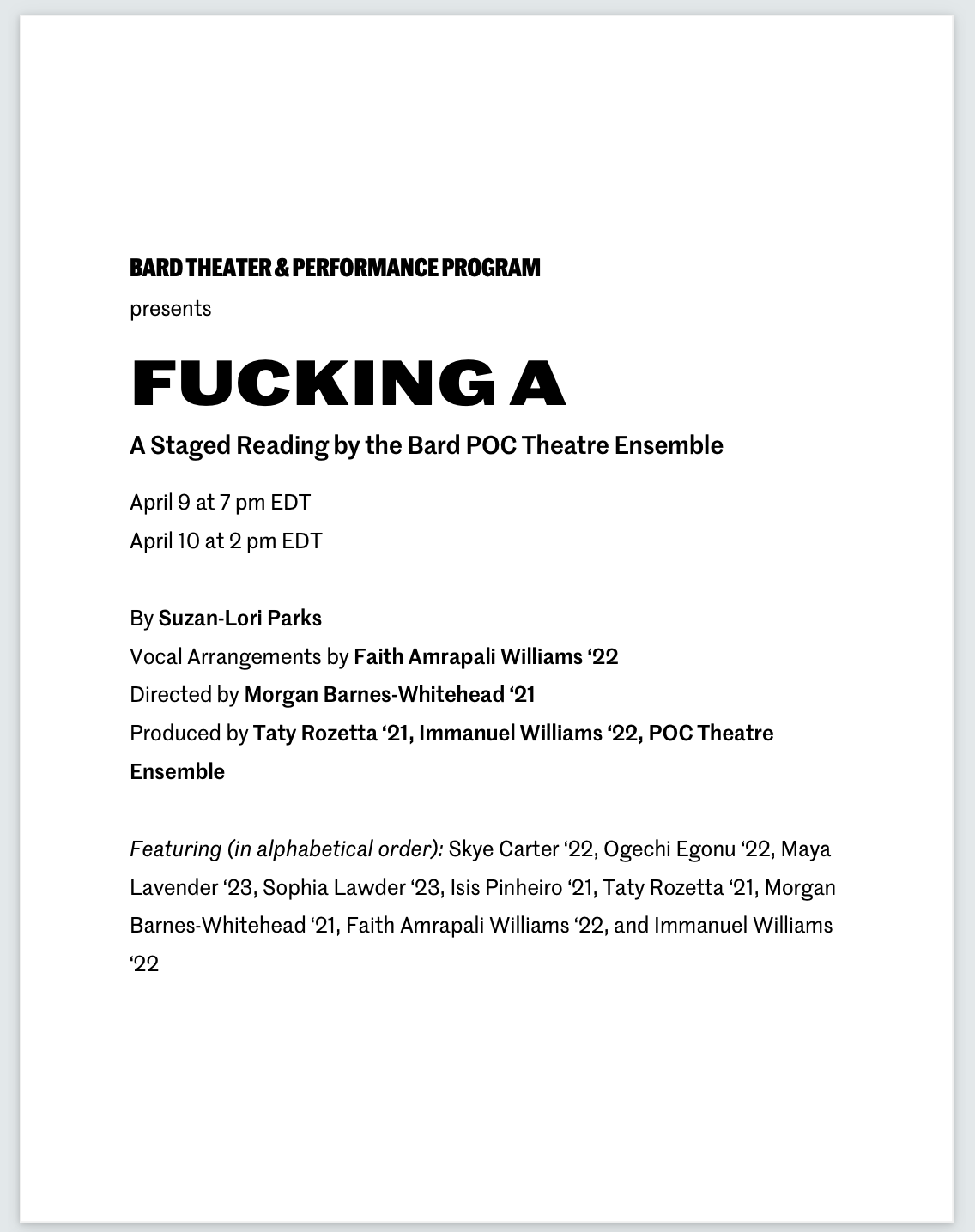 A Staged Reading by the Bard POC Theatre Ensemble

Hester, a reviled and revered abortionist, sets out on a quest to buy her son’s freedom. Branded with the letter “A” on her chest, riffing from Nathaniel Hawthorne’s The Scarlet Letter, her journey of vengeance, sacrifice, and the pursuit of justice in a system that has failed her leads the audience on a poetic exploration of social and political injustice.

This staged reading of one of Suzan-Lori Parks’s seldom-staged early works is led by Bard’s POC Theatre Ensemble, a student-run organization created by Jadyn Gray-Hough ‘20 and Immanuel Williams ‘22 which aims to facilitate an environment of inclusion within the Bard theatre community- particularly for people of color. POC Theatre Ensemble is primarily focused on theater written for and by people of color.
Event Schedule
April 9, 2021 at 7 pm
April 10, 2021 at 2 pm