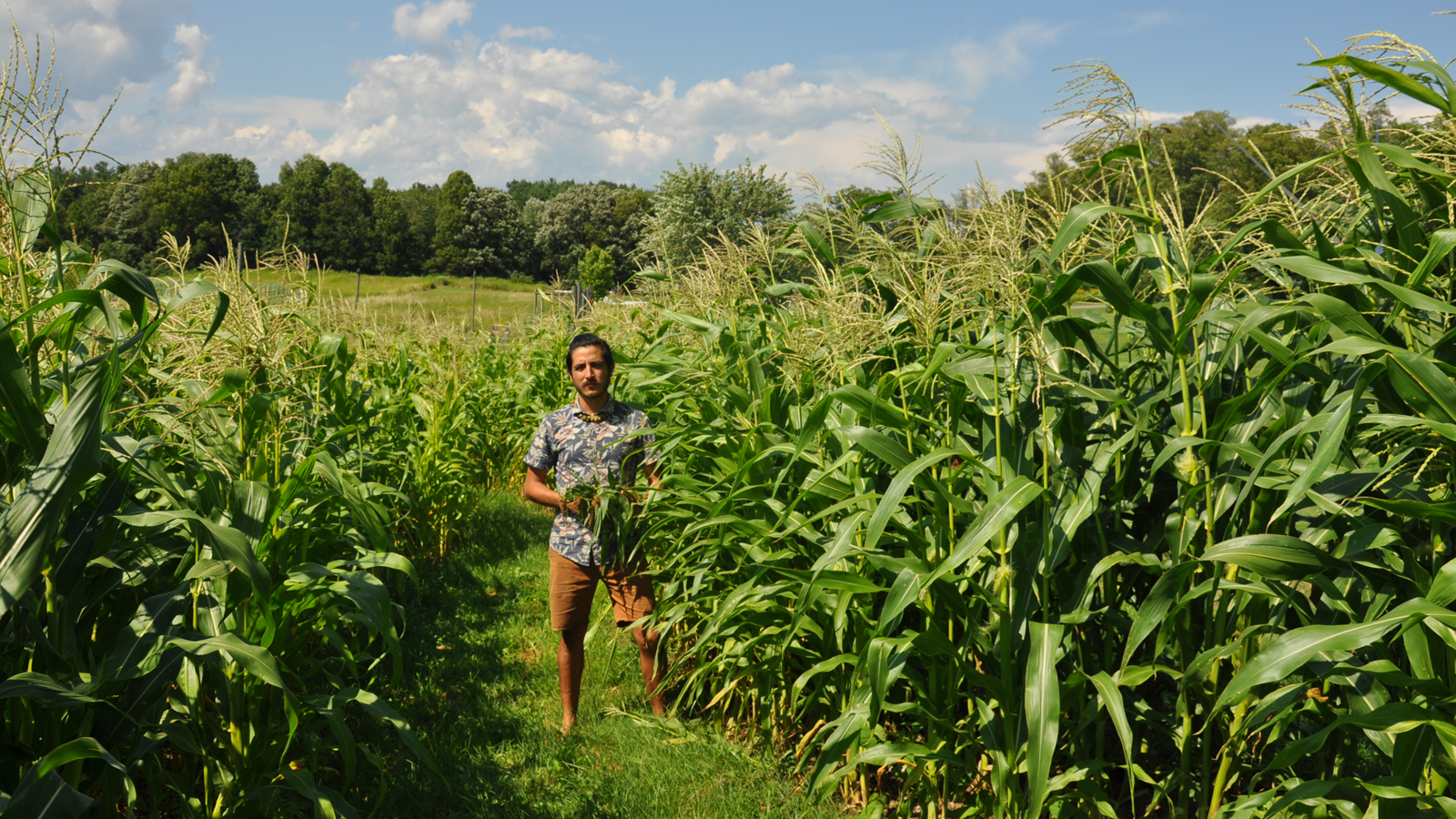 The Return to Land Ritual

Naturalized Borders (to Gloria) is the first iteration of a multifaceted, interactive land art and community-based project, including a 72-foot-long line of indigenous crops (corn, beans, and squash, known as “the three sisters”) planted in the shape of the U.S.-Mexico border line on the Bard College Farm. It includes the harvesting, sharing, and clearing of crops and land; a mobile paleta cart-turned-drawing studio upon which persons of any background are invited to memorialize real or imagined borders; and the documentation and archive from various stages of the project. Continuing the legacy of Chicana feminist writer Gloria E. Anzaldúa, the work seeks to unearth histories of immigration, labor rights, borders, land sovereignty, and systemic oppression.

Naturalized Borders (to Gloria) was created in collaboration with the Bard Farm (Rebecca Yoshino, Farm Coordinator) and The Center for the Study of Land, Air and Water, with the participation of students Mary Elizabeth Klein Meghan Mercier, Kaitlyn McClelland, Gabrielle Reyes, Alexi Piirimae, Midori Barandiaran, and Austin Sumlin. This event was originally to be held on Sunday, November 24, but was rescheduled due to inclement weather.