What’s On / Past Events / Emilio Rojas 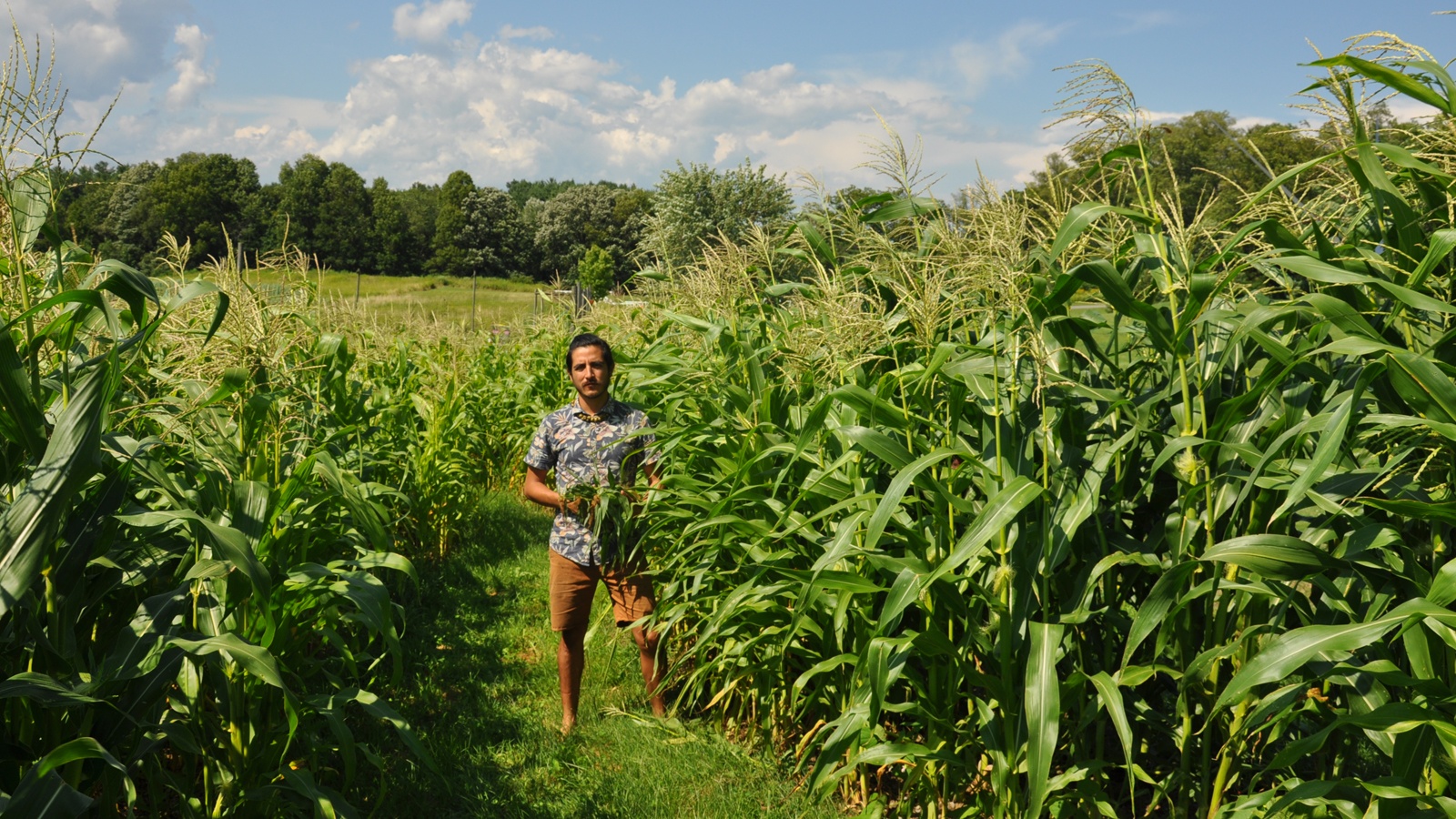 Naturalized Borders (to Gloria) is the first iteration of a multifaceted, interactive land art and community-based project, including a 72-foot-long line of indigenous crops (corn, beans, and squash, known as “the three sisters”) planted in the shape of the U.S.-Mexico border line on the Bard College Farm. It includes the harvesting, sharing, and clearing of crops and land; a mobile paleta cart-turned-drawing studio upon which persons of any background are invited to memorialize real or imagined borders; and the documentation and archive from various stages of the project. Continuing the legacy of Chicana feminist writer Gloria E. Anzaldúa, the work seeks to unearth histories of immigration, labor rights, borders, land sovereignty, and systemic oppression.

Each walk will be approximately 45 minutes.

Naturalized Borders (to Gloria) was created in collaboration with the Bard Farm (Rebecca Yoshino, Farm Coordinator) and The Center for the Study of Land, Air and Water, with the participation of students Mary Elizabeth Klein Meghan Mercier, Kaitlyn McClelland, Gabrielle Reyes, Alexi Piirimae, Midori Barandiaran, and Austin Sumlin.

The Return to Land Ritual—scheduled for Sunday, Nov. 24—has been postponed due to weather.

m(Other)s: Hudson Valley is a series of video portraits of immigrant women, both documented and undocumented, holding their first-generation children. Inspired by the “hidden mother” photographs common from the advent of photography up until the 1920s—a standard practice requiring the mother to hold the child still while being covered and remaining invisible in the interest of foregrounding the child—these portraits seek to connect the political and social situation of women at the turn of the 20th century with the invisibility of the labor of immigrant women today.

Free and open to the public.

Free and open to the public.