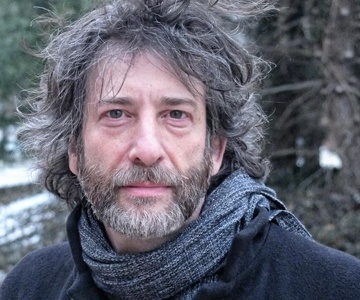 SOLD OUT. A waiting list will be available on the day of this event beginning at 6:30 pm in Sosnoff Lobby. If you have questions or to contact the Box Office for up to date availability, please call 845-758-7900.

Professor in the Arts Neil Gaiman and Executive Producer Bryan Fuller discuss moving from page to screen for the forthcoming STARZ television series, American Gods. The event includes an exclusive sneak-peek preview of the first episode of the new series, adapted from Gaiman’s best selling novel.

The program starts with the screening of episode one of American Gods at 7:30 p.m, followed by a brief intermission at 8:30 p.m., after which Gaiman and Fuller will discuss their collaboration and take questions from the audience.

Signed copies of the novel will be available for purchase.

Tickets $25; free for the Bard community

Tickets $25; free for the Bard community