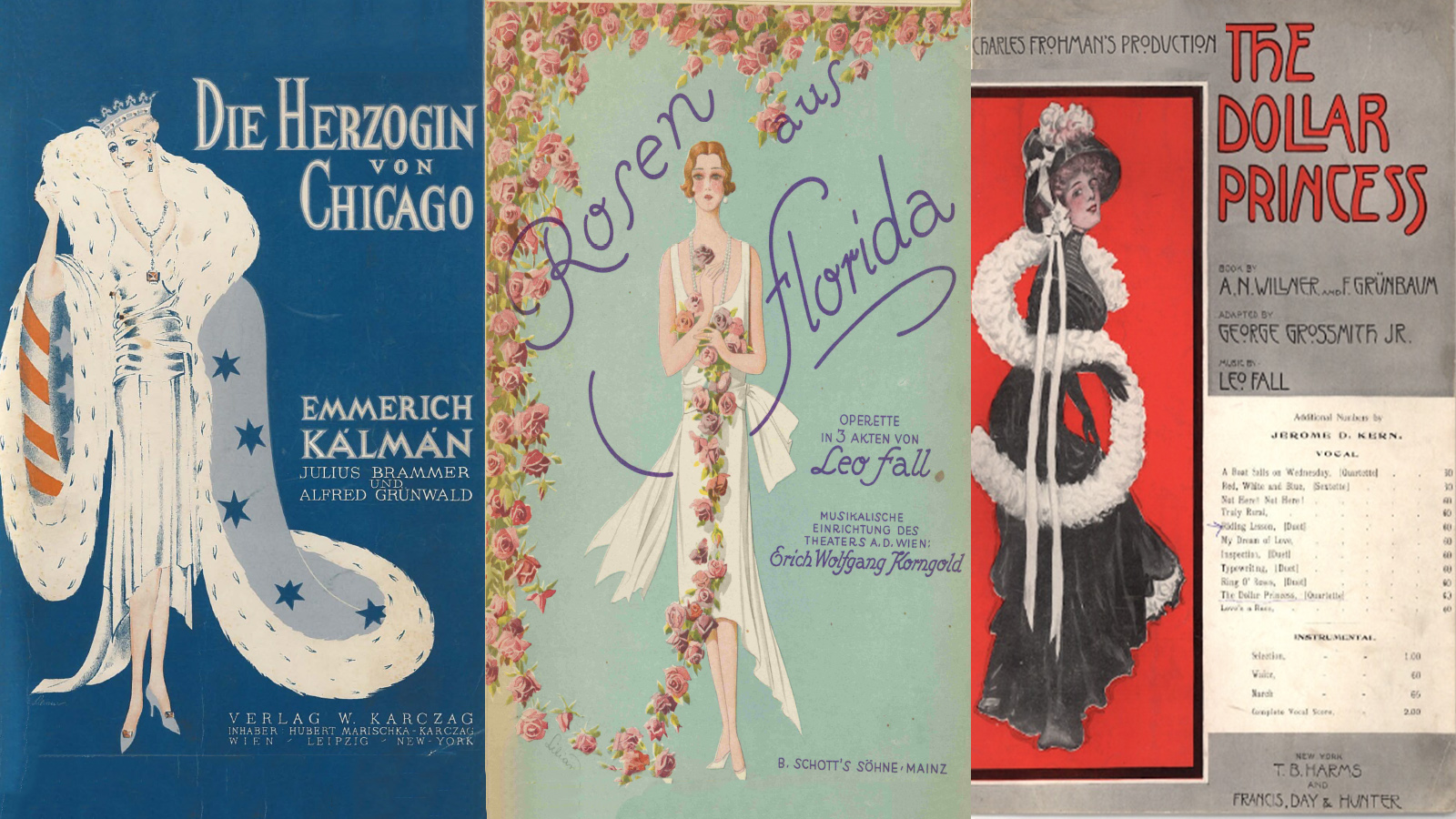 Korngold enjoyed a second, more lucrative career as an expert adapter and expander of classic Viennese operetta, and it was he who spearheaded the Johann Strauss II revival of the 1920s. Working with famed director and producer Max Reinhardt, he achieved his greatest success with Rosalinda, a restructured version of Die Fledermaus that – with choreography by George Balanchine and initially with Korngold himself conducting from the piano – ran for more than 600 performances on Broadway. As the works excerpted in Program Six reveal, the New World provided both new audiences and new inspiration for operetta. These include such rarities as Leo Fall’s Rosen aus Florida, which Korngold recreated from incomplete sketches provided by the composer’s widow; The Dollar Princess, also by Fall, and adapted by musical theater legend Jerome Kern; Emmerich Kálmán’s Die Herzogin von Chicago, which mingles Viennese waltz with jazz; and Oscar Straus’s Hochzeit in Hollywood, the basis for a subsequent musical film.