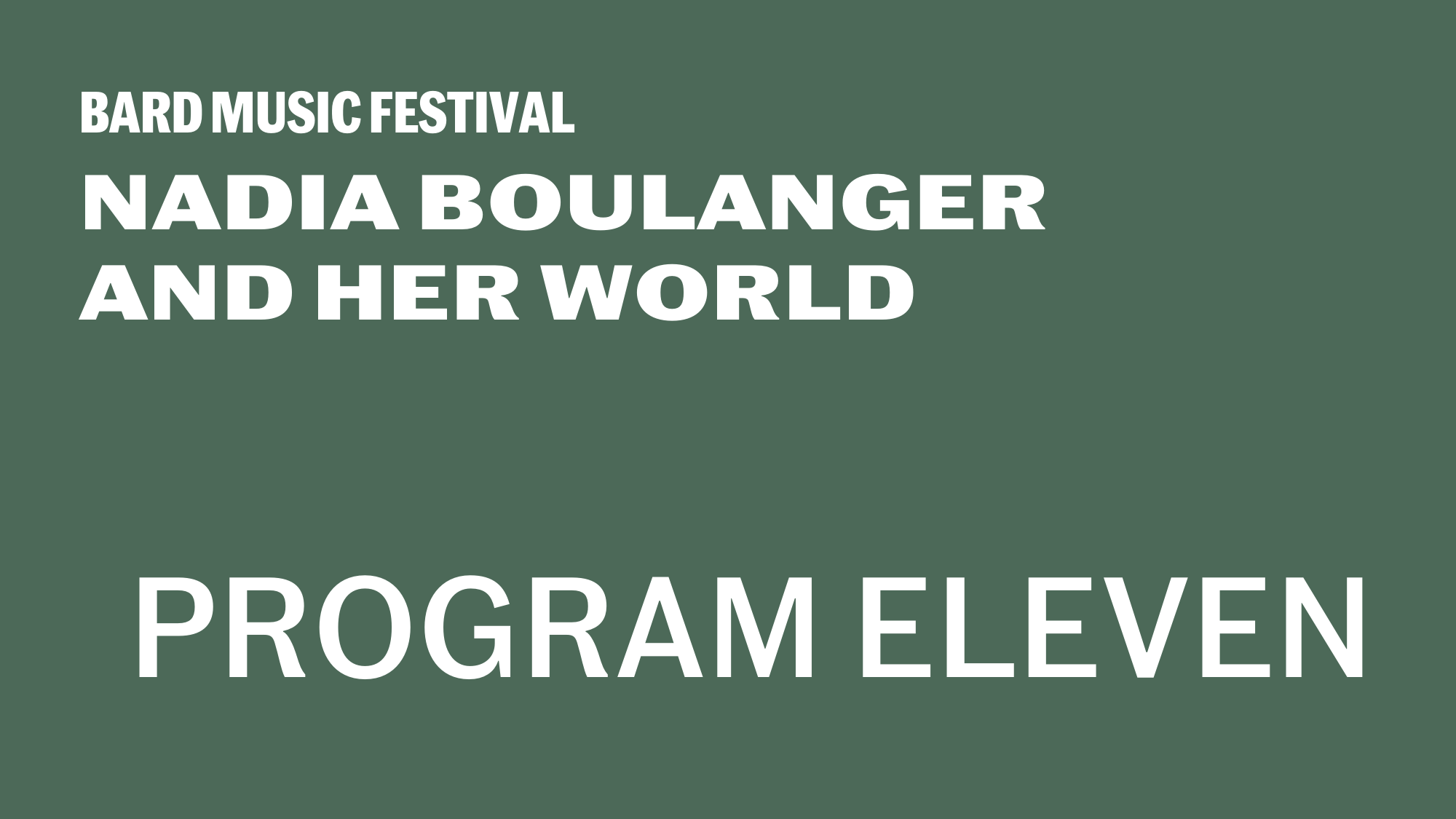 “What made Boulanger a great and magnetic teacher, was less the imposition of an aesthetic than the transmission of discipline and the encouragement of individuality. Indeed, the sheer range of her pupils’ styles and development is astonishing.” —Leon Botstein