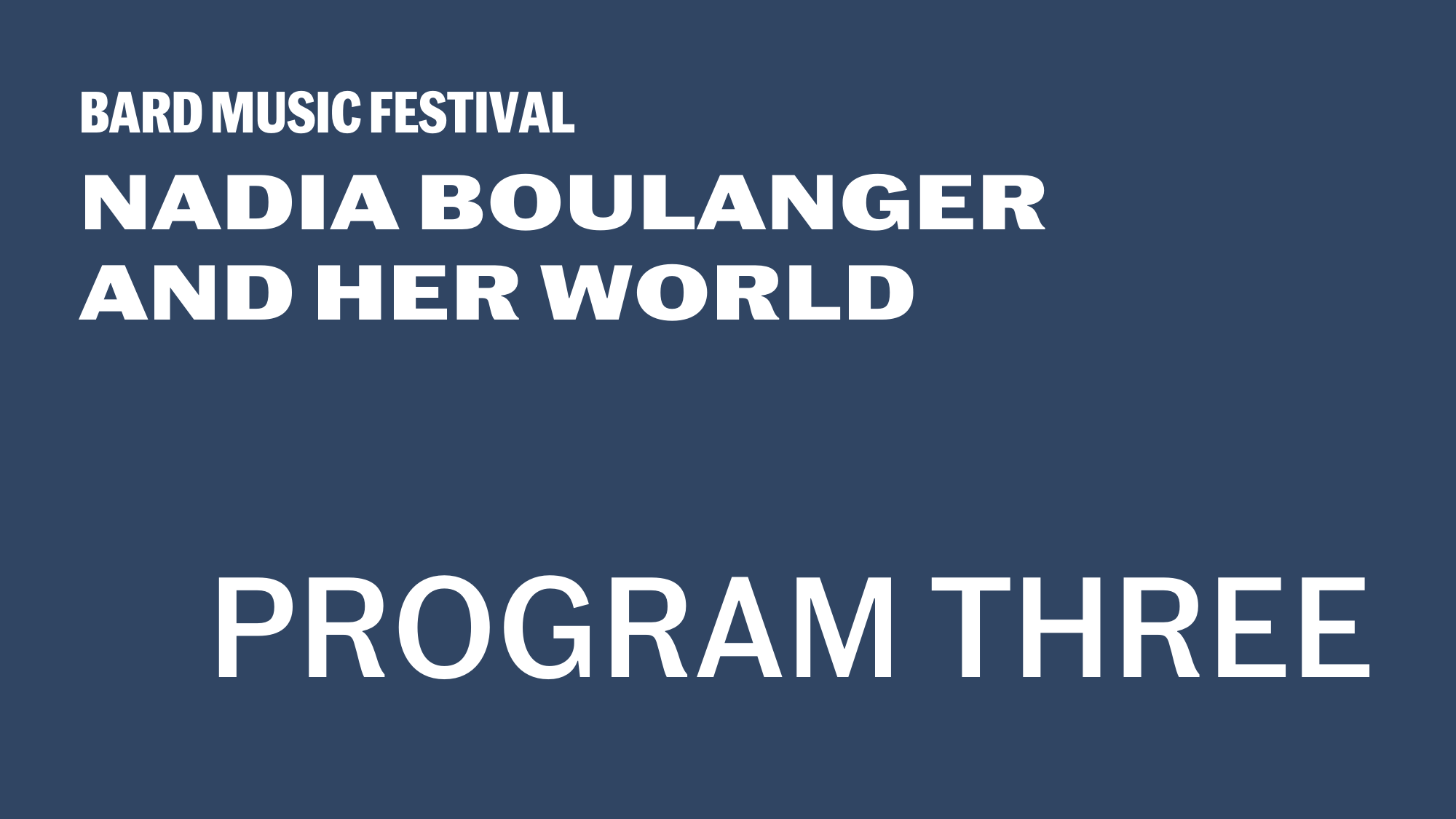 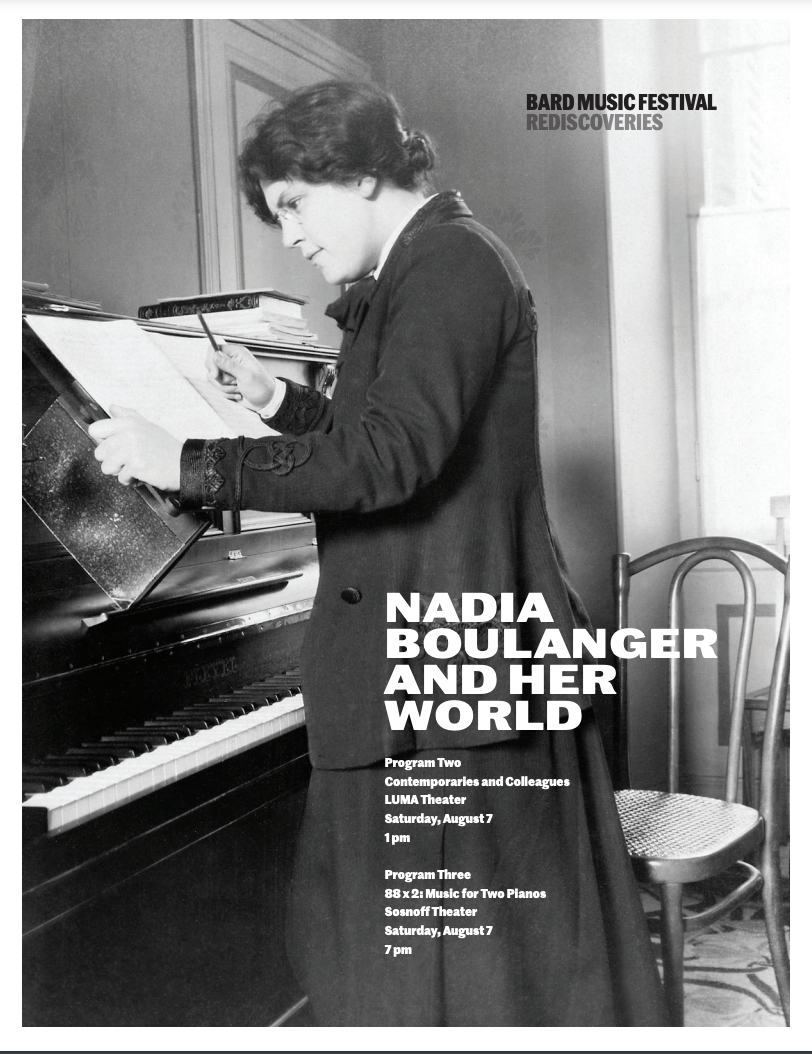 Throughout the 19th century and well into the 20th, piano duets played a vital part in Western musical life. Nadia Boulanger routinely had her students sight-read orchestral works as piano duets, and a pair of grand pianos took center stage at the soirées she hosted each Wednesday. Having toured Europe in her youth playing four-hand recitals and two-piano duets with Pugno, she went on to collaborate with her celebrated young students, performing her own adaptation of the aria from Bach’s Widerstehe doch der Sünde with Clifford Curzon, premiering Stravinsky’s Sonata for Two Pianos with Richard Johnson, and recording selections from Brahms’s Liebeslieder Waltzes with the great Dino Lipatti.

Program Three will also feature excerpts from Visions de l’Amen, a shimmering wartime masterpiece by Messiaen, who succeeded Boulanger as one of France’s foremost music teachers.

SummerScape Specials for Members
This summer, virtual programming is free for members. Membership begins at $75. Please join us!

Livestreaming this Performance?
On the week of the performance—as well as one hour before start time—virtual livestream ticket holders will receive an email from Fisher Center Box Office which will include a private link to the livestream. For more information about livestreams–including viewing best practices–please visit our FAQs.