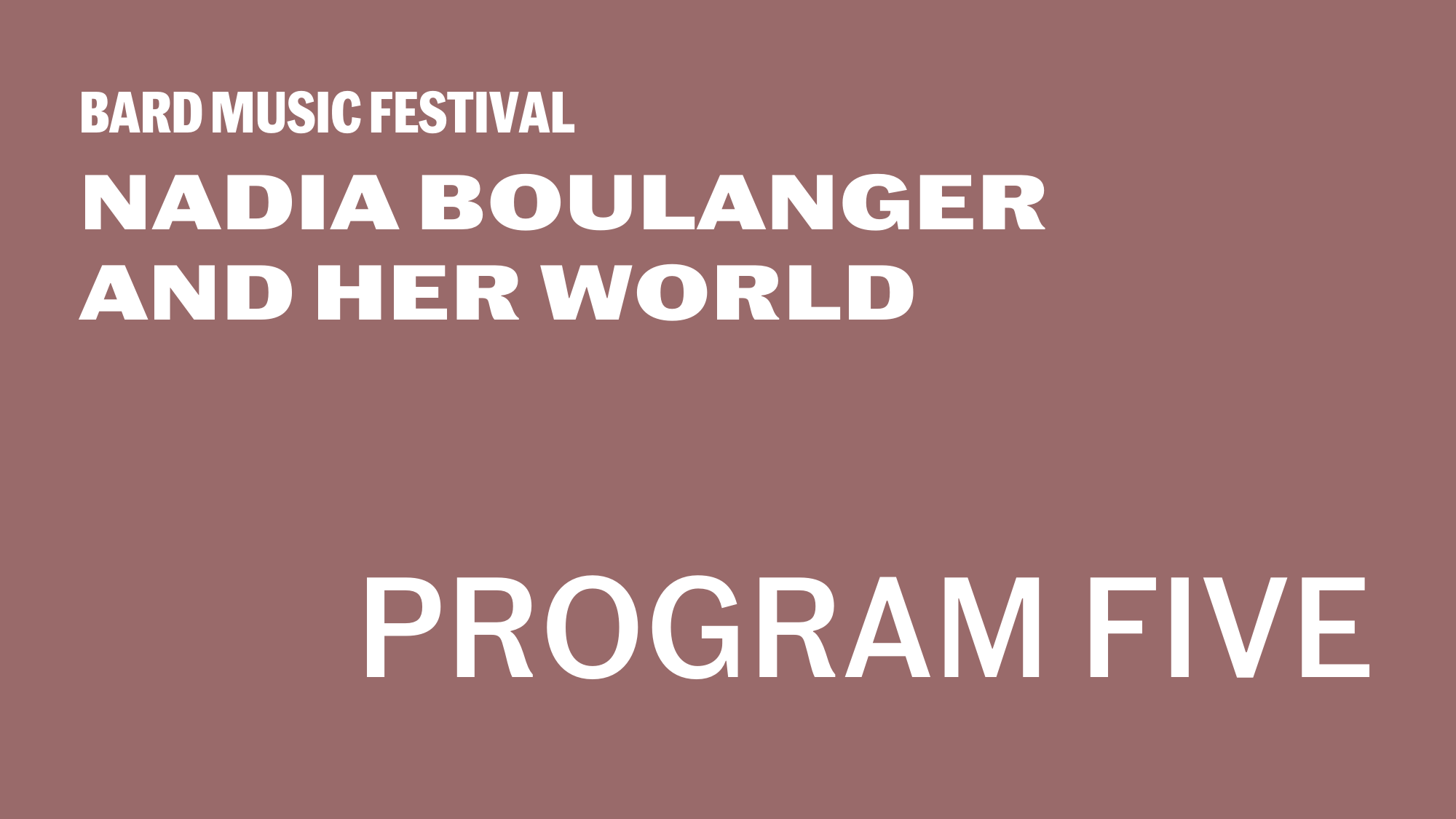 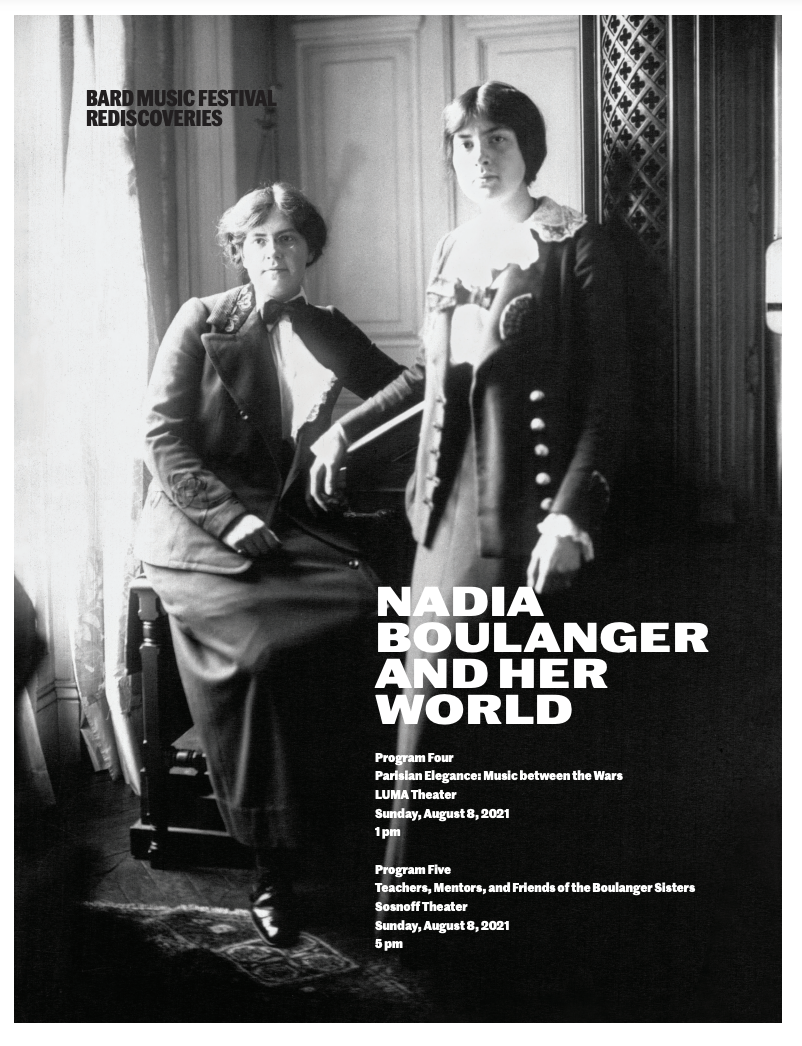 It was at Pugno’s suggestion that Nadia Boulanger transferred from Fauré’s composition class to that of her fellow organist Charles-Marie Widor, who became one of her key supporters. Years later, Widor hired her to teach at his new American Conservatory at Fontainebleau, and when he retired from the Conservatoire, her accompaniment teacher Paul Dukas was appointed in his place.

Program Five features both Widor’s Third Symphony for Organ and Orchestra (a true orchestral work, unlike the solo pieces he designated “Organ Symphonies”) and Dukas’s masterwork, the consummately orchestrated Symphony in C. These share the program with Francis Poulenc’s Concerto for Organ, Timpani and Strings, which premiered under Boulanger’s direction, and Lili Boulanger’s own orchestrations of her D’un matin de printemps and of eight songs from her innovative cycle Clairières dans le ciel.

After Lili’s death, Nadia became her most dedicated advocate, posthumously programming, performing and promoting her sister’s music at every turn. Nevertheless, Lili’s orchestrated versions of these songs have gone largely unheard, and the complete set of eight has yet to be performed together.

This program includes a special reception at intermission.

SummerScape Specials for Members
This summer, virtual programming is free for members. Membership begins at $75. Please join us!

Livestreaming this Performance?
On the week of the performance—as well as one hour before start time—virtual livestream ticket holders will receive an email from Fisher Center Box Office which will include a private link to the livestream. For more information about livestreams–including viewing best practices–please visit our FAQs.