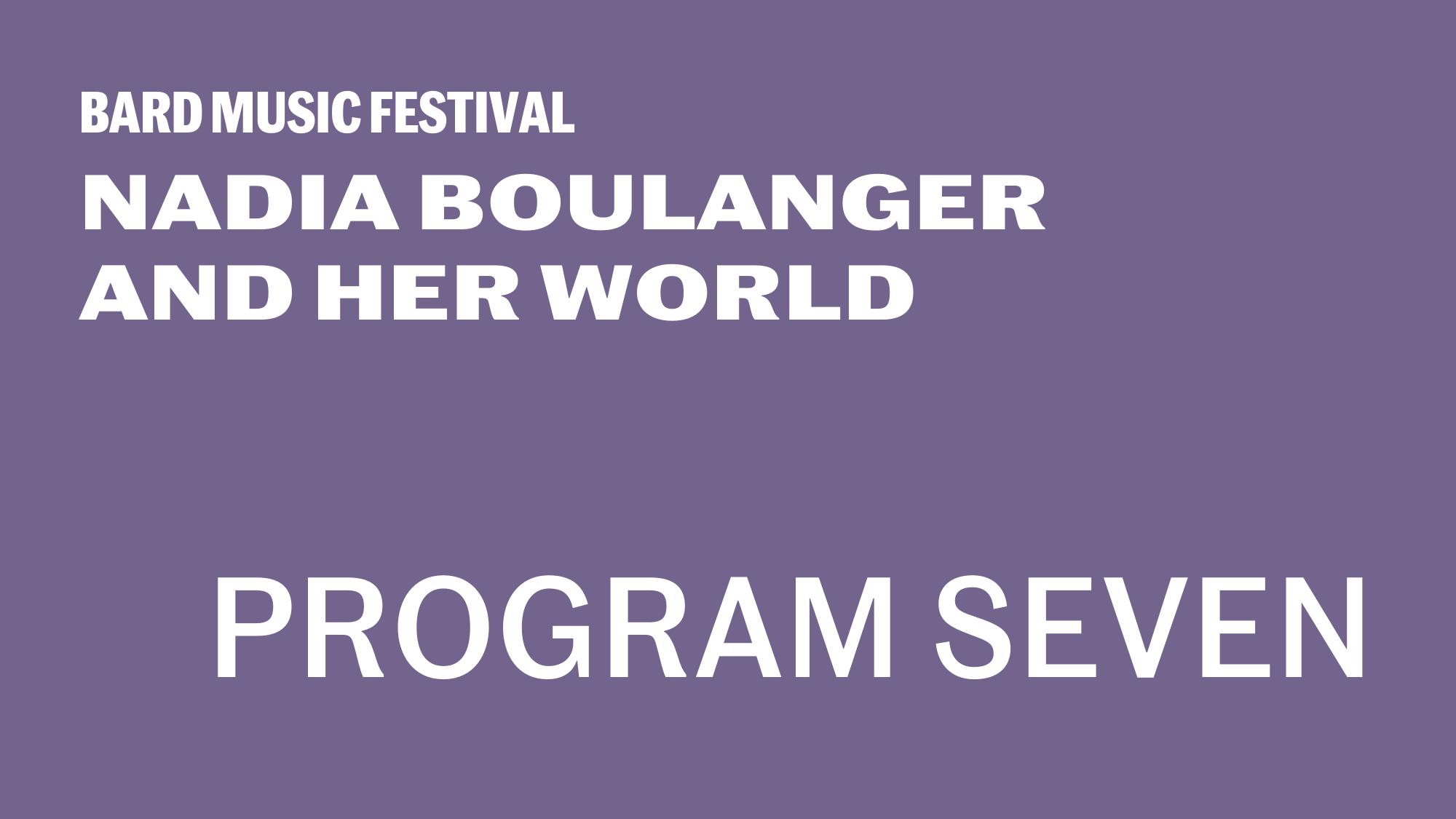 Salons were a haven for the Parisian avant-garde, especially those of Boulanger’s colorful friend and patron, the sewing machine heiress Winnaretta Singer, Princesse Edmond de Polignac. It was there that many ensemble pieces first came to life, including Lipatti’s neo-Baroque Concertino.

Boulanger also led the first performance of Stravinsky’s “Dumbarton Oaks” Concerto, having instigated its creation; it was her idea for Washington’s Bliss family to commission the composer to write a Brandenburg-inspired piece for their private salon at the D.C. estate that gave the work its name.

Composed during the Nazi occupation of Paris and notable for the triumphant trumpet solo of its Finale, Honegger’s Second Symphony for Strings premiered at the Collegium Musicuum in Zurich.

In Program Seven, TŌN presents these ensemble works alongside Nadia’s post-Impressionist Three Pieces for Cello and Piano and the Prelude for a Pensive Pupil by her Australian-born student Peggy Glanville-Hicks, who would become a critic for the New York Herald Tribune and musical director at New York’s Museum of Modern Art.