Skip to content
What’s On / Past Events / The Chocolate Soldier 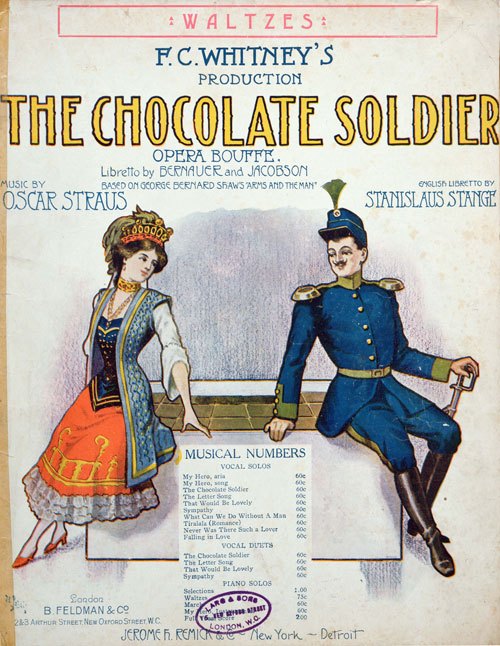 Directed by Will Pomerantz
Conducted by James Bagwell

Oscar Straus’s charming 1908 chamber opera is a comic take on an unusual boy-meets-girl scenario. Based on George Bernard Shaw’s play Arms and the Man, it is a fusion of Viennese operetta and British wit.

When Lieutenant Bumerli, a Swiss mercenary assisting the Serbian army in the Serbo-Bulgarian War, spontaneously takes refuge in the household of a Bulgarian general, he sets the hearts of all the women aflutter. But when he is recognized as a deserter, he ruins the general’s daughter Nadina’s upcoming wedding to a soldier. As it turns out, this is just as well—Bumerli and Nadina were destined for each other.

The first English-language version of The Chocolate Soldier premiered in New York in 1909, and was the hit of the Broadway season. Its London premiere the following year ran for 500 performances. The music is enchanting, and the story is lively and amusing—all in all, The Chocolate Soldier is a perfect operetta for a summer celebration of early 20th-century Austrian musical works.

* Round-trip transportation from Manhattan to Bard available for this performance. Fare is $20. Reservations are required. Click here for more information or to make a reservation.