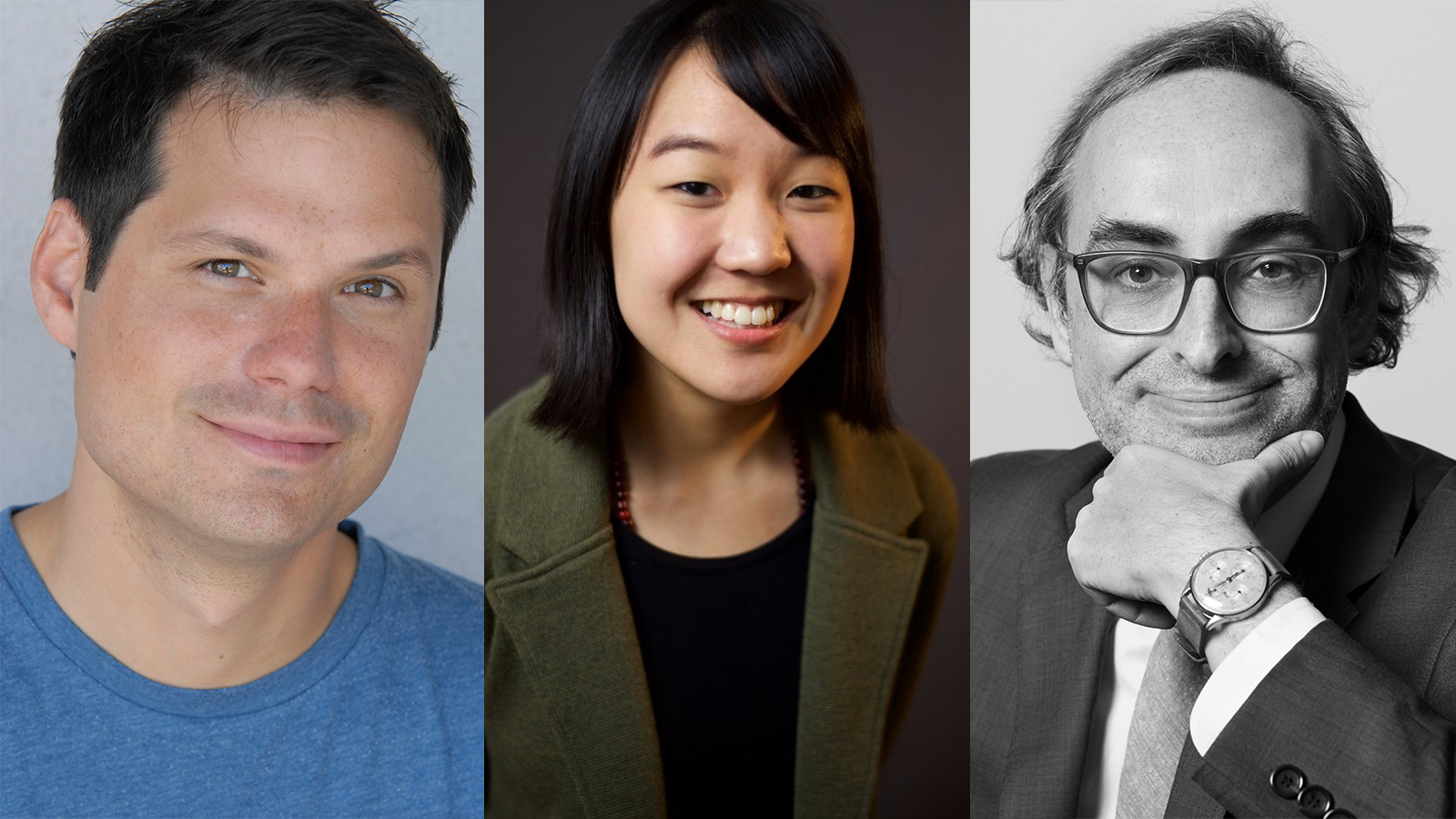 Susan Orlean is the author of eight books, including The Bullfighter Checks Her Makeup; My Kind of Place; Saturday Night; and Lazy Little Loafers. In 1999, she published The Orchid Thief, a narrative about orchid poachers in Florida, which was made into the Academy Award-winning film, Adaptation starring Nicolas Cage and Meryl Streep. Her book, Rin Tin Tin: The Life and the Legend, a New York Times Notable book, won the Ohioana Book Award and the Richard Wall Memorial Award.  She is currently writing a book about the Los Angeles Public Library, to be published in 2018. Orlean has been a staff writer for the New Yorker since 1992, covering such subjects as taxidermy, fashion, umbrellas, origami, dogs, and chickens. She was a Nieman Fellow at Harvard University in 2003. In 2012 she received an honorary Doctor of Humane Letters from the University of Michigan. In 2014, she was awarded a Guggenheim Fellowship in Creative Arts/Nonfiction. She has managed to finish most of her books thanks to residencies at Yaddo and the MacDowell Colony. Orlean lives in Los Angeles and in Columbia County, New York, with her husband and son and a small menagerie of animals.

Sarah Thyre is an actor (Strangers with Candy), writer (Dark at the Roots), and voiceover artist for cartoons and commercials. Originally from Louisiana, she now lives in Los Angeles with her husband, Andy Richter, and their two kids, two dogs, bird, hamster, and a fish that will probably be dead by the time you read this.

Michael Ian Black Michael Ian Black is a multi-media talent who’s starred in numerous films and TV series, written and/or directed two films, is a prolific author and commentator, and regularly tours the country performing his ribald brand of jokes and observations. He most recently starred in TVLand's The Jim Gaffigan Show and Comedy Central’s Another Period. He also reprised one of his iconic film roles in Netflix’s Wet Hot American Summer: Ten Years Later, and previously in Wet Hot American Summer: First Day of Camp. His third standup comedy special, Noted Expert, was released on Epix.

Black’s authored 11 books, including the recently released best seller, A Child’s First Book of Trump. He’s written two well-received memoirs: Navel Gazing: True Tales of Bodies, Mostly Mine (but also my mom’s, which I know sounds weird), and You're Not Doing It Right: Tales of Marriage, Sex, Death and Other Humiliations. In 2012, he collaborated with conservative Meghan McCain on America, You Sexy Bitch: A Love Letter to Freedom. He’s the author of My Custom Van (and 50 Other Mind-Blowing Essays That Will Blow Your Mind All Over Your Face), and seven children's books, including Cock-a-Doodle-Doo-Bop!, Naked, Chicken Cheeks, The Purple Kangaroo, A Pig Parade Is A Terrible Idea and I'm Bored. He also writes book reviews for the New York Times.

Previously, Black released two stand-up specials, Very Famous and I Am A Wonderful Man. He and Tom Cavanagh host the popular podcast, Mike and Tom Eat Snacks. He also writes and hosts a podcast with Michael Showalter, Topics, and his own interview podcast, How To Be Amazing. He hosts Debate Wars on SeeSo, and he recently hosted Easiest Game Show Ever on Pop TV.

Sketch comedy fans know Black’s work on The State, Viva Variety, Stella and Michael and Michael Have Issues all of which he co-created, wrote and starred in. Other TV credits include quirky bowling alley manager ‘Phil' on the NBC series Ed, and his hilarious commentary on cable’s I Love the... series. He recently starred in two hit web series that migrated to cable TV: Burning Love on E! and You’re Whole on Adult Swim.

Black’s movie roles include Slash, Smosh: The Movie, They Came Together, Hell Baby, This is 40, Wet Hot American Summer, Take Me Home Tonight, Reno 911!: Miami, The Ten and The Baxter.

Originally from Hillsborough, NJ, Black resides with his family in the wilds of Connecticut.

Karen Chee is a comedy writer/performer based in Brooklyn. As a writer, she has worked on the 2019 Golden Globe Awards and the upcoming Reductress pilot on Comedy Central. She is a regular contributor to The New Yorker, as well as The New York Times, McSweeney’s, Reductress, Shondaland, and more. She has also written pieces for NPR, and was also listed as one of OnMogul’s 20 comedians to look out for in 2018.

Gary Shteyngart was born in Leningrad in 1972 and came to the United States seven years later. He is the author of the novels Super Sad True Love Story, which won the Bollinger Everyman Wodehouse Prize and was selected as one of the best books of the year by more than forty news journals and magazines around the world; Absurdistan, which was chosen as one of the ten best books of the year by The New York Times Book Review and Time magazine; and The Russian Debutante’s Handbook, winner of the Stephen Crane Award for First Fiction and the National Jewish Book Award for Fiction. His work has appeared in The New Yorker, Travel + Leisure, Esquire, GQ, The New York Times Magazine, and many other publications and has been translated into twenty-six languages. Shteyngart lives in New York City and upstate New York.

“It’s a lot like hitting the jackpot corner at a really good cocktail party.” —NPR

Their hilarious and touching podcast, Crybabies, returns to the Fisher Center for another special live edition—with special guests Michael Ian Black (Wet Hot American Summer), Karen Chee (Late Night with Seth Meyers), and Gary Shteyngart (Super Sad True Love Story)—to talk about what tickles the tear ducts. A selection of titles by the participants will be available for purchase at the event from Oblong Books & Music.