The Making of the Bard Music Festival 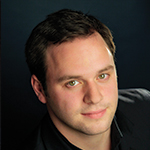 American tenor Paul Appleby’s 2013–14 operatic engagements include debuts with Santa Fe Opera, Canadian Opera Company, and Washington National Opera, and returns to the Metropolitan Opera and to Oper Frankfurt. Concert performances include Maverick Concerts, a recital at Pace University, and a joint recital with baritone Joshua Hopkins presented by the Washington National Opera at The Kennedy Center. Highlights of past seasons included singing the Chevalier de la Force in Poulenc’s Dialogues des Carmélites and Hylas in Bizet’s Les Troyens for the Met, and Ferrando in Mozart’s Così fan tutte for Boston Lyric Opera (company debut). He was a national winner of the 2009 Metropolitan Opera National Council Auditions.

Eliza Bagg is a soprano and multi-instrumentalist from Brooklyn. A recent Yale graduate, she performs regularly with the Choir of Trinity Wall Street, St. Bartholomew’s Choir, New York Virtuoso Singers, Collegiate Chorale Singers, and the chamber ensemble Cantata Profana. She also contributes to various indie and new music projects, including Brooklyn-based classical crossover ensemble San Fermin and her own orchestral dream-pop project, Plume Giant. This summer, Bagg participated in a national tour with Plume Giant supporting indie act Kishi Bashi, and went on to study and perform in San Francisco with the American Bach Soloists Academy. 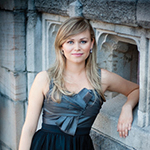 American soprano Deanna Breiwick is enjoying an exciting and diverse career. She is a 2011 Metropolitan Opera National Council Grand Finalist, a 2012 Grand Prize Winner of the Sullivan Foundation Vocal Competition, and a First Prize Winner of the Gerda Lissner Foundation International Vocal Competition. She also holds awards from the George London Foundation, Giulio Gari Foundation, and Licia Albanese-Puccini Foundation, and has received a Richard F. Gold Career Grant. This season, she made her European operatic debut with the Zurich Opera House, where she returns in the 2014–15 season as Papagena in Mozart’s Die Zauberflöte and Eliza in Il re pastore. 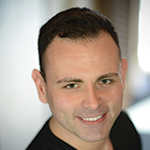 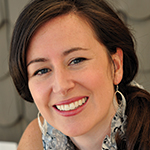 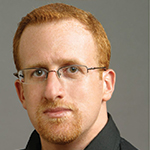 Possessed of a rare high-tenor voice and a winning stage persona that comfortably embraces both comedic and dramatic roles, Marc Molomot enjoys an international career in opera and on the concert stage. He has appeared with Apollo’s Fire, Les Boréades, and Les Goûts Réunis, among others. In 2013 he made his role debut as the Captain in Berg’s Wozzeck with the Houston Symphony. His premiere performance as the protagonist in Evan Ziporyn’s opera A House in Bali was “rapturously sung” (Wall Street Journal) and “powerful” (San Francisco Chronicle). He also created another new role in Jean-Marc Singier’s Chat perché, which debuted in 2011 at Amphithéâtre Bastille in Paris. 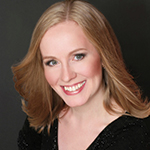 Mezzo-soprano Margaret O’Connell made her concert debut this season in Munich in a program of Berg, Ravel, Weill, and Gershwin. Last fall she made her Carnegie Hall debut with Leon Botstein and the American Symphony Orchestra in Richard Strauss’s Feuersnot. She has premiered many American operas, including Michael Ching’s Speed Dating Tonight, Saavedra’s Sweet Dreams (OPERA America), Ince’s Judgment of Midas (American Opera Projects), and Michael Sirotta’s adaptation of Aeschylus’s Agamemnon (La MaMa), among others. 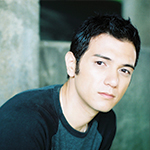 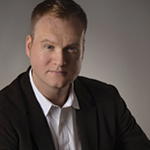 Praised by the Washington Post as having a voice of “unearthly power,” bass-baritone Nathan Stark has performed on operatic, concert, and recital stages throughout the United States, Europe, and China. His 2013–14 season engagements included his Metropolitan Opera debut as the One-Armed Man in Richard Strauss’s Die Frau ohne Schatten; First Nazarene in Salome with the Boston Symphony Orchestra; the world premieres of Myers’s Buried Alive and Soluri’s Embedded with Fargo-Moorhead Opera’s Poe Project; and his return to Madison Opera as Sulpice in La fille du regiment, among others. He has given recitals internationally, including at the U.S. embassies in Colombia, France, and Austria. 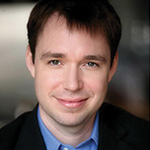 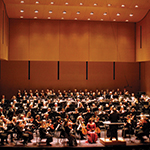 The American Symphony Orchestra was founded in 1962 by Leopold Stokowski, with the avowed intention of making orchestral music accessible and affordable for everyone. Under Music Director Leon Botstein, Stokowski’s mission is not only intact but thrives. And beyond that, the ASO has become a pioneer in what the Wall Street Journal called “a new concept in orchestras,” presenting concerts curated around various themes drawn from the visual arts, literature, politics, and history, and unearthing rarely performed masterworks for well-deserved revival. These concerts are performed in the Vanguard Series at Carnegie Hall.

The orchestra also gives the celebrated concert series Classics Declassified at Peter Norton Symphony Space, and regularly performs at The Richard B. Fisher Center for the Performing Arts at Bard College, where it appears in a winter subscription series as well as Bard’s annual SummerScape and the Bard Music Festival. The orchestra has made several tours of Asia and Europe, and has performed in countless benefits for organizations including the Jerusalem Foundation and PBS.

Many of the world’s most accomplished soloists have performed with the ASO, among them Yo-Yo Ma, Deborah Voigt, and Sarah Chang. In addition to CDs released by the Telarc, New World, Bridge, Koch, and Vanguard labels, many live performances by the American Symphony are now available for digital download. In many cases, these are the only existing recordings of some of the rare works that have been rediscovered in ASO performances. 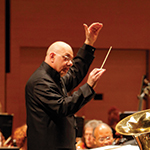 Recognized as much for his visionary zeal as his performances, championing masterpieces unfairly ignored by history and creating concert programs that engage the head as well as the heart, Leon Botstein recently celebrated his 20th year as music director and principal conductor of the American Symphony Orchestra. He is also artistic codirector of the SummerScape and Bard Music Festivals and conductor laureate of the Jerusalem Symphony Orchestra. He has been president of Bard College since 1975. Botstein leads an active schedule as a guest conductor, and can be heard on many recordings with the London Symphony (their recording of Popov’s First Symphony was nominated for a Grammy), the London Philharmonic, NDR-Hamburg, and the Jerusalem Symphony Orchestra. Many of his live performances with the American Symphony Orchestra are available for download online. In fall 2013, Botstein conducted the Sinfónica Juvenil de Caracas in Venezuela and Japan, making him the first non-Venezuelan conductor invited by El Sistema to conduct on a tour. Highly regarded as a music historian, Botstein is the editor of The Musical Quarterly and the author of numerous articles and books. His most recent book is Von Beethoven zu Berg: Das Gedächtnis der Moderne (2013). For his contributions to music he has received the award of the American Academy of Arts and Letters and Harvard University’s Centennial Award, as well as the Cross of Honor, First Class, from the government of Austria. In 2009 he received Carnegie Foundation’s Academic Leadership Award, and in 2011 was inducted into the American Philosophical Society.