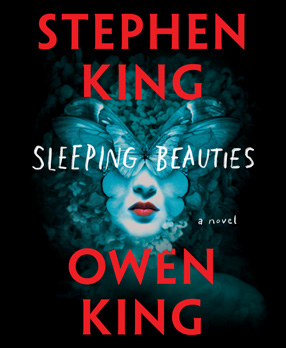 An Evening with Stephen King and Owen King

Stephen King is the author of more than fifty books, all of them worldwide bestsellers. His recent work includes The Bill Hodges Trilogy—Mr. Mercedesn (an Edgar Award winner for Best Novel), Finders Keepers, and End of Watch; the short story collection The Bazaar of Bad Dreams;  Revival; Doctor Sleep; and Under the Dome. His novel 11/22/63 was named a top ten book of 2011 by The New York Times Book Review  and won the Los Angeles Times Book Prize for Mystery/Thriller. His epic series The Dark Tower  is the basis for a major motion picture from Sony. He is the recipient of the 2014 National Medal of Arts and the 2003 National Book Foundation Medal for Distinguished Contribution to American Letters. He lives in Bangor, Maine, with his wife, novelist Tabitha King.
Owen King is the author of the novel  Double Feature, We’re All in This Together: A Novella and Stories, and the co-editor of  Who Can Save Us Now? Brand-New Superheroes and Their Amazing (Short) Stories.

An Evening with Stephen King and Owen King

Presented in association with Oblong Books and Music

Stephen King, author of over 50 worldwide bestsellers and fellow author (and son) Owen King discuss their provocative and gloriously absorbing new collaboration. Set in a small Appalachian town whose primary employer is a women’s prison, Sleeping Beauties is the highest of high-stakes stories: what might happen if women disappeared from the world of men? Scheduled for release on September 26, this event comes at the start of their national book tour.

Each ticket includes one copy of Sleeping Beauties. As a special bonus, a limited number of attendees will randomly receive a signed copy.

This event includes an audience Q&A but will not include a public book signing.

Please be advised that only purchases made directly through official Fisher Center channels can be guaranteed.

To ensure community access and discourage the resale of tickets at inflated prices all sold tickets will be held at will call and available for pick up one hour prior to the event.