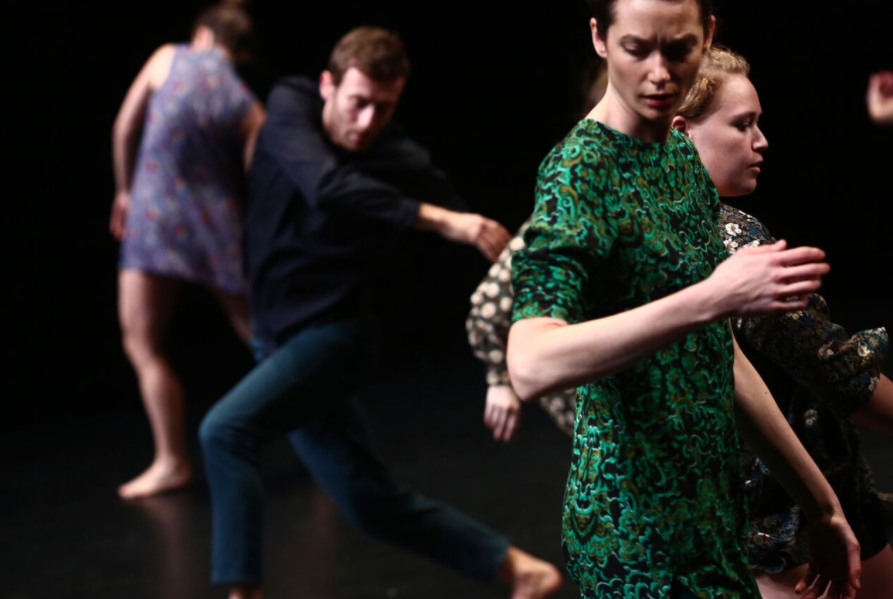 
​Tere O’Connor has been making dances for 35 years, creating more than 40 works for his company, and touring extensively nationally and internationally. His choreography finds its logic outside the realm of “translation,” operating in a sub-linguistic area of expression. He views dance as a system with its own properties; an abstract documentary form that doesn’t search to depict. The lenses of western culture, spoken language or dance history, often used to “interpret” dance, are subsumed into layers of the work and decentralized. In addition to a great love of movement and a deep commitment to choreographic craft and design, more philosophical urges animate the work. He has created numerous commissioned works for other dance companies including the Lyon Opera Ballet, White Oak Dance Project, and a solo for Mikhail Baryshnikov entitled Indoor Man, among others. O’Connor received a 2013 Doris Duke Performing Artist Award, is a 2009 United States Artist Rockefeller Fellow, and a 1999 Guggenheim Fellow. In 2014 he was inducted into the American Academy of Arts and Sciences. He has received awards from the Foundation for Contemporary Arts, Arts International’s DNA Project, and Creative Capital. He has been honored with three New York Dance and Performance (Bessie) Awards: one for Heaven Up North in 1988, another in 1999 for Sustained Achievement, and the third for Frozen Mommy (2005). His work has been supported by the National Endowment for the Arts, the New York State Council on the Arts, MAP Fund, National Dance Project and many others. A much sought after teacher, O’Connor has taught at universities and festivals worldwide. He is currently a Center For Advanced Studies Professor in Dance at the University of Illinois at Urbana- Champaign. He splits his time between New York and Illinois.

A major new work from Tere O’Connor, one of the foremost choreographers of our day, whose abstractions engage the tension between the geometries of the rectangular stage, the organic forms of nature, and the vast terrain of human behavior. Long Run pushes the emotional content of O’Connor’s movement to new physical extremes, allowing time-based elements like polyrhythms, velocity, and duration to overtake the performers as they struggle to bring their bodies into a state of calm.

Long Run is co-commissioned by Live Arts Bard at the Richard B. Fisher Center for the Performing Arts at Bard College through a Choreographic Fellowship with lead support from the Andrew W. Mellon Foundation, and NYU Skirball. The presentation of Long Run is made possible by the New England Foundation for the Arts’ National Dance Project, with lead funding from the Doris Duke Charitable Foundation, The Andrew W. Mellon Foundation, The Cultural Development Fund, the New York State Council for the Arts, and The National Endowment for the Arts' Art Works Grant.