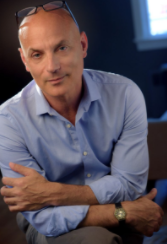 Daniel Mendelsohn is an internationally bestselling author, critic, and essayist. His reviews and essays appear frequently in The New Yorker and The New York Review of Books, and he has been a books and culture columnist for the New York Times Book Review, New York magazine, and Harper’s. His books include The Elusive Embrace, a reflection on sexual identity and classical literature, which was a Los Angeles Times Best Book of the Year; the international bestseller The Lost: A Search for Six of Six Million, translated into over fifteen languages; a translation, with commentary, of the complete poetry of Constantine Cavafy, which was shortlisted for the Criticos Prize (UK); and two collections of essays, How Beautiful It Is and How Easily It Can Be Broken (2008) and Waiting for the Barbarians: Essays from the Classics to Pop Culture (2012).  His awards include the National Book Critics Circle Award (US), the National Jewish Book Award (US), the Prix Médicis (France), the George Jean Nathan Prize for Drama Criticism, and the American Academy of Arts and Letters Prize for Prose Style. He teaches literature at Bard College and lives in the Hudson Valley of New York.

Praise and Reviews for AN ODYSSEY: A Father, a Son, and an Epic

Nick Flynn is the author of three acclaimed books of poetry, The Captain Asks for a Show of Hands, Blind Huber, and Some Ether, winner of the PEN/Osterweil Award. He is also the author of three memoirs, The Reenactments, The Ticking Is the Bomb, and Another Bullshit Night in Suck City, winner of the PEN/Martha Albrand Award. He is also the author of a play, Alice Invents a Little Game and Alice Always Wins (2008). He has received fellowships from, among other organizations, The Guggenheim Foundation and The Library of Congress. Some of the venues his poems, essays, and nonfiction have appeared in include The New Yorker, The Paris Review, National Public Radio’s This American Life, and The New York Times Book Review. His film credits include artistic collaborator and “field poet” on the film Darwin’s Nightmare (nominated for an Academy Award for best feature documentary in 2006), as well as executive producer and artistic collaborator on Being Flynn, the film version of Another Bullshit Night in Suck City. A professor in the creative writing program at the University of Houston, where he teaches each spring, he then spends the rest of the year in (or near) Brooklyn.

Award-winning memoirist and critic Daniel Mendelsohn’s new book is a deeply moving tale of a father and son’s transformative journey in reading—and reliving—Homer’s Odyssey. When 81-year-old Jay Mendelsohn decides to enroll in the undergraduate Odyssey seminar his son teaches at Bard College, the two find themselves on an adventure as profoundly emotional as it is intellectual.

​Acclaimed poet, memoirist, and Hudson Valley resident Nick Flynn (Another Bullshit Night in Suck City) joins Bard Charles Ranlett Flint Professor of Humanities Daniel Mendelsohn on stage to discuss the Odyssey’s themes of deception and recognition, marriage and children, the pleasures of travel, and the meaning of home.

Copies of An Odyssey and other titles by both authors will be available for purchase at this event courtesy of Oblong Books & Music.

“Rich, vivid, a blood-warm book . . . a deeply moving tale of a father and son’s transformative journey in reading—and reliving—the Odyssey. Mendelsohn wears his learning lightly yet superbly. What catches you off guard about this memoir is how moving it is: it has many things to say not only about Homer’s epic poem, but about fathers and sons. Revealing and funny . . . Mendelsohn makes Homer’s epic shine in your mind.” –Dwight Garner, The New York Times