What’s On / Past Events / Film Festival: France and the Colonial Imagination 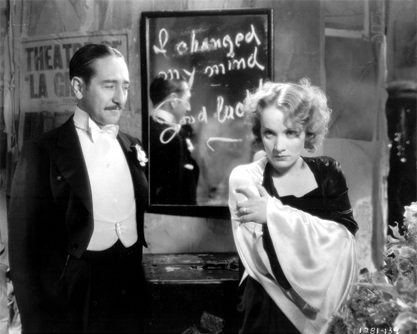 All films are screened at the Ottaway Film Center

The SummerScape 2012 film festival offers 10 highly celebrated films, made on an international scale across several decades, which offer marvelously diverse perspectives on how French colonialism and its aftermath have been cinematically depicted by major artists. The three films from the classic sound era of the 1930s and ’40s—Morocco, Pépé le Moko, and Casablanca—present unabashedly romantic visions of North Africa under the height of French domination, when Europeans (especially males) thought of the region as an exotic place to go into hiding. All three works have indelibly stamped themselves into the popular imagination, perhaps most memorably by way of their charismatic stars. In stark contrast, the works of Resnais and Pontecorvo—Muriel and The Battle of Algiers, respectively—represent the politically charged and aesthetically innovative period of the 1960s that was much troubled by the violent means of holding on to empire. In the same decade, the Senegalese novelist Ousmane Sembane returned to his native country and realized that his French-language stories could only be read by the elite. Turning to filmmaking to reach a wider audience, he became arguably the most important figure in the founding of an African cinema. His films Xala and Camp de Thiaroye portray both colonial and postcolonial West Africa from an indigenous point of view.

The series also contains three films by distinguished directors who are very much still active on the contemporary scene. Michael Haneke, of Austria, has made a number of films designed to get under the skin of the audience in a rather infamously irritating manner and to leave it with no easy answers to complex sociopolitical issues. Among other possible readings, Caché can be interpreted as a kind of allegorical study of a contemporary society repressing the memory of its imperialist past. Claire Denis, who was raised in colonial Africa because of a father who was a civil servant, takes a similarly probing approach to social issues in a way that often rethinks the borderlines between European and non-European identity. Though the films that she has set in Africa derive from the actual landscape and a lived experience, the radical aestheticism of a work like Beau Travail gives it a dreamlike, erotic power to the extent that a kind of neoromanticism is evoked.

Finally, when it comes to the French empire, it would have been a mistake to leave out Indochina. Rithy Panh is a native Cambodian whose family suffered horribly under the Khmer Rouge. He escaped to Thailand and then made his way to Paris, where he eventually studied filmmaking. He returned to Cambodia in the 1990s to make a series of acclaimed films. Though highly regarded, The Sea Wall was unfortunately never distributed in the United States. Significantly enough, as if to underscore the complexity of perspectives in this film series, it is based on a novel by Marguerite Duras, the widely read French author, who herself had been born and raised in Indochina until the age of 17.

Bard SummerScape is pleased to present all titles on 35mm film (whenever possible).