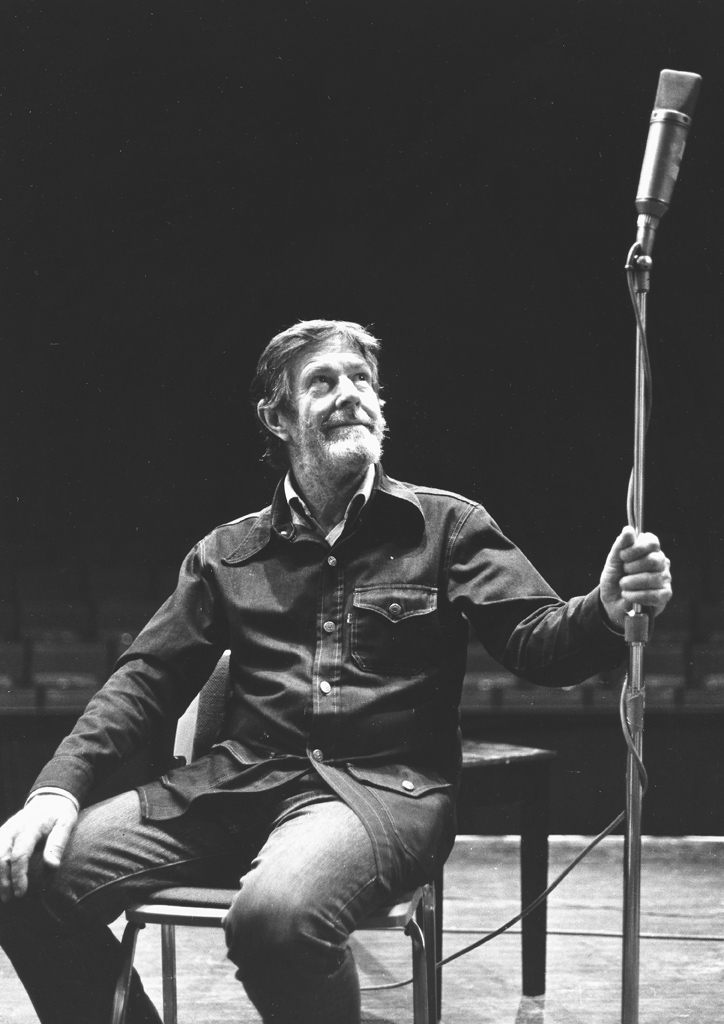 John Cage’s interest in radio as both a medium of transmission and a musical instrument was lifelong, beginning in childhood with original broadcasts created on behalf of his Boy Scouts of America troop and culminating, the year before his death, with his Europera 5 (1991), one of three mixed-media works created for the operatic stage. John Cage: On & Off the Air! celebrates this engagement with an ever-changing program of works wrapped around a newly staged revival of Cage’s peripatetic The City Wears a Slouch Hat (CBS Radio, 1942). Based on a play by Kenneth Patchen, it features a newly commissioned film of light and shadows by the New York composer Mikel Rouse and performed by the celebrated Canadian-based percussion ensemble NEXUS. The film for The City Wears a Slouch Hat will incorporate the use of shadows to simulate characters of a live performance. In this way, the “shadow film” will mirror the live action appearing on stage, as well as becoming a “portable set.”

John Cage: On & Off the Air! celebrates Cage’s centennial year under the auspices of the John Cage Trust. Its theme spotlights Cage’s ever-prescient work with technology; its design extends Cage’s devotion to multiplicity, creativity, and responsive living.

Radio Music (1956)
One to eight performers, each at one radio

Credo in US (1942)
One pianist, two percussionists, and one performer on radio