Skip to content
What’s On / Past Events / Les Huguenots 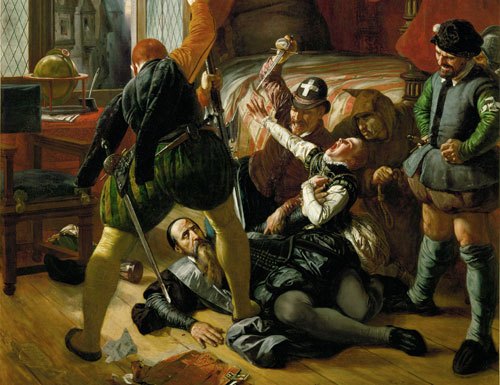 The first performance of the German Jewish composer Giacomo Meyerbeer’s Les Huguenots, in February 1836, was one of the most stunning successes in the history of the Paris Opéra. Word spread quickly, and Les Huguenots became the Opéra’s most frequently performed production for the rest of the century. This grandest of grand operas explores the subject of religious intolerance, a matter that is all too familiar to contemporary audiences. Meyerbeer specifically based the story on the events of the Saint Bartholomew’s Day Massacre in 1572, when Roman Catholic mob violence was unleashed against French Calvinist Protestants (Huguenots) during the reign of King Charles IX. Many prominent Huguenots were killed, and those who survived were further marginalized and radicalized. Meyerbeer knew something about religious persecution himself: along with Mendelssohn, he was a target of Richard Wagner’s vicious and often anti-Semitic criticism.

The 2009 SummerScape production at the Fisher Center is staged by the young American director Thaddeus Strassberger, winner of the 2005 European Opera Directing Prize, in collaboration with the Spanish photographer and filmmaker Eugenio Recuenco. It is majestic opera at its purest, featuring a large cast and chorus, all against a sobering backdrop of bigotry and hatred.

Special support for this program is provided by Emily H. Fisher and John Alexander with additional funding from the Thaw Charitable Trust.

August 2 at 1 pm
Free and open to the public

Opera Talks are presented in memory of Sylvia Redlick Green.