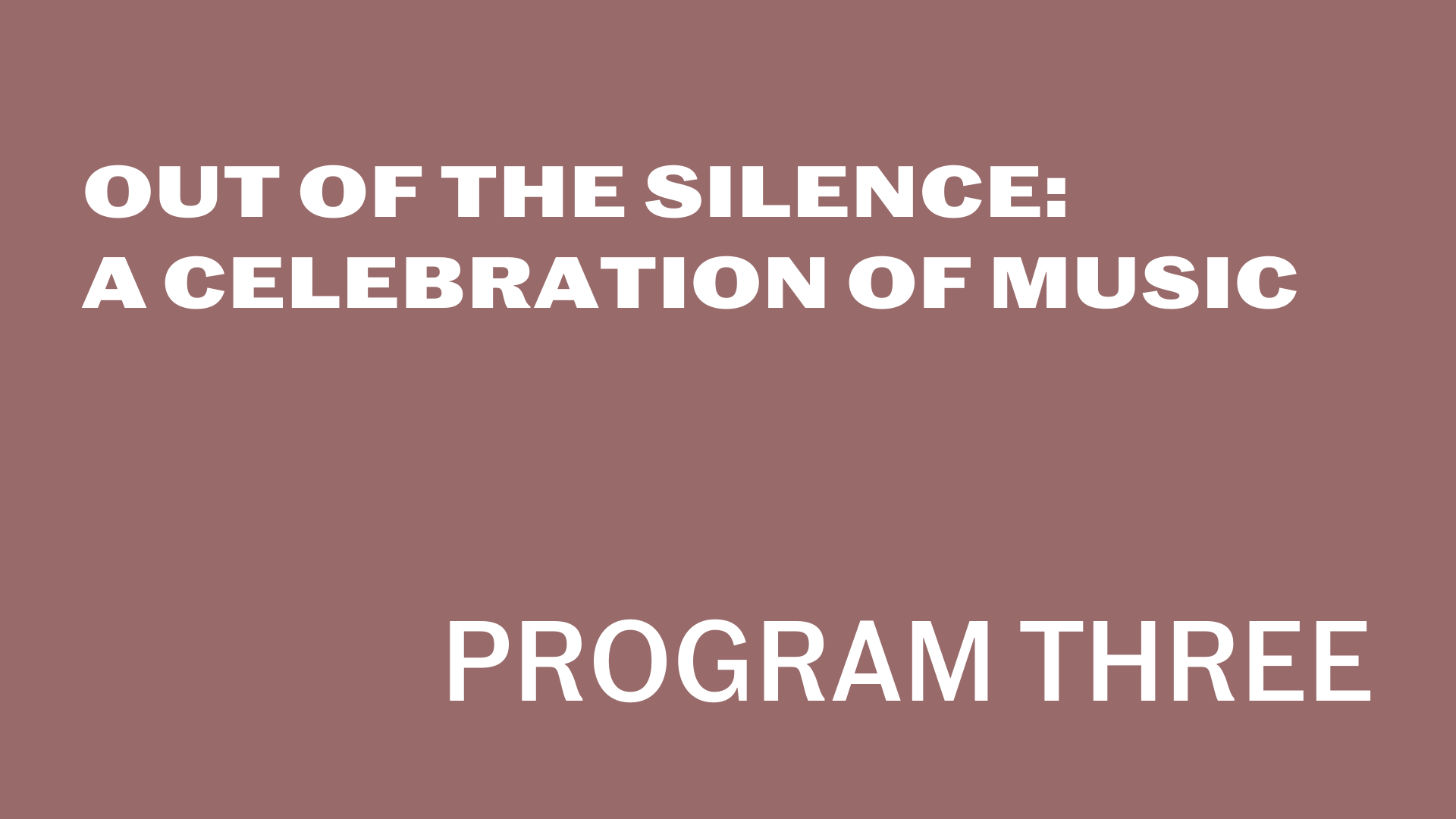 Roque Cordero (1917–2008) won several local prizes as a boy in his native Panama City for conducting and composing band and orchestra music, and at 21 he founded the Orquesta de la Union Musical, which became the Orquesta Nacional de Panama. In 1943, Cordero won a scholarship to study at the University of Minnesota. He studied with Ernst Krenek at Hamline University, from which Cordero graduated magna cum laude in 1947. He returned to Panama in 1950, and was associate director of the National Conservatory (1950–53), director of the National Music Institute (1953–64), and artistic director and conductor of the Panama National Symphony Orchestra (1964–66). In 1966, he became assistant director of the Latin American Music Center and joined the faculty of Indiana University, Bloomington, as professor of composition. In 1972 he began teaching at Illinois State University and held that position until 1987 when he retired as distinguished professor emeritus. His music began in a mostly tonal idiom, but during his studies with Krenek he began to incorporate serial techniques.

Samuel Coleridge-Taylor (1875–1912) was raised in London by his white English mother after his father, a doctor from Sierra Leone, returned to Africa. Coleridge-Taylor showed his musical talent early and entered the Royal College of Music at 15. Several of his compositions were published while he was still a student. In 1898, a year after finishing his studies, Coleridge-Taylor received his first commission: a new orchestral work for the annual Three Choirs Festival. He is best known for Hiawatha’s Wedding Feast, which was based on The Song of Hiawatha by Henry Wadsworth Longfellow. He traveled in North America several times, and in 1904 was invited to visit President Theodore Roosevelt at the White House. After meeting P. L. Dunbar, the first critically acclaimed African American poet, in England in 1897, Coleridge-Taylor’s work focused increasingly on his own heritage. In addition to Dunbar, he was influenced by the Fisk Jubilee Singers, W. E. B. Du Bois, Frederick Douglass, and Booker T. Washington. Coleridge-Taylor was professor of composition at the Guildhall School of Music and the Trinity College of Music, and conductor of the Handel Society of London from 1904 until his death.

Pyotr Ilyich Tchaikovsky (1840–93) began taking piano lessons when he was five years old. When he was 10, he enrolled in the Imperial School of Jurisprudence, a boarding school in St. Petersburg, Russia, where he sang in the choir. In 1859, Tchaikovsky took a job as bureau clerk at the Ministry of Justice, and his interest in music grew during this time. When he was 21, he began to take lessons at the Russian Musical Society, and shortly thereafter enrolled at the newly founded St. Petersburg Conservatory. By 1863, he had relocated to Moscow and become a professor of harmony at the Moscow Conservatory. Tchaikovsky’s work was first performed publicly in 1865, and three years later his First Symphony was well received in its first full performance. He resigned from the Moscow Conservatory in 1878 and spent the rest of his life composing. In 1891, he toured America, where, among other concerts, he conducted his own work at the grand opening of Carnegie Hall in New York City. The program for that concert hailed Tchaikovsky as one of the three greatest living musicians (along with Brahms and Saint-Saëns). He was only 53 when he died. 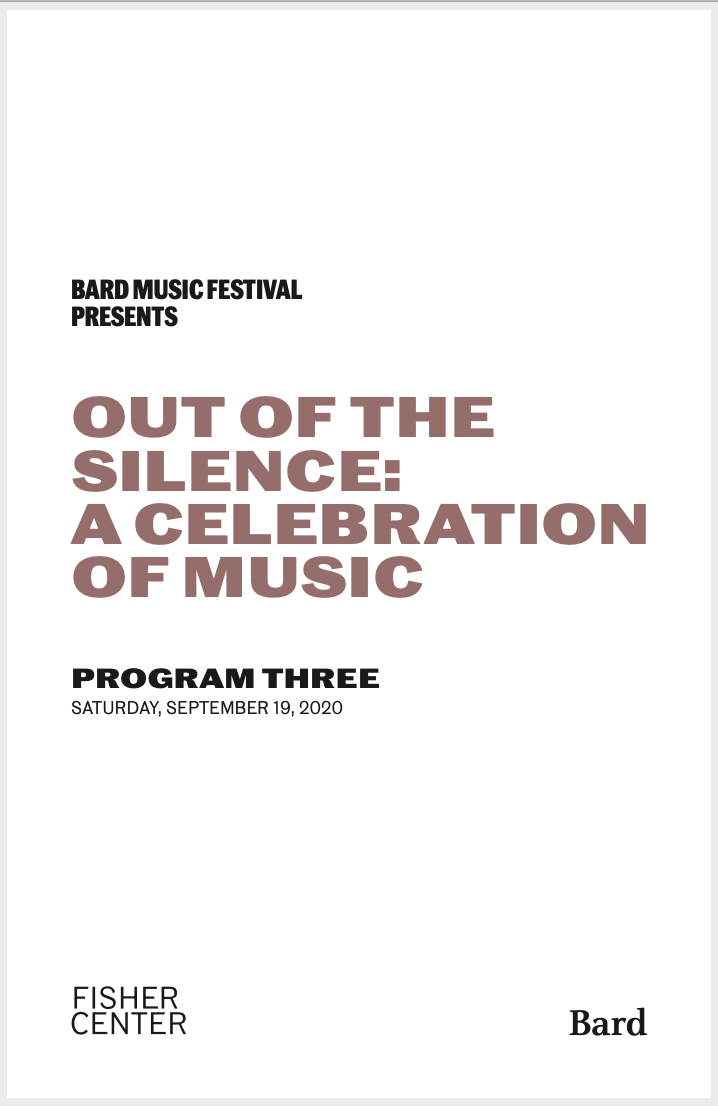 Every program at the Fisher Center pulls on a long history of performance, art, and culture. As a way to give our audience a chance to engage even deeper with the material, the Fisher Center and Oblong Books & Music have created a resource list for Out of the Silence.

10% of proceeds from any purchases made at Oblong using this dedicated link supports programming at the Fisher Center. Members receive a 10% discount on purchases from the list.

Program Three opens with the Adagio trágico by Roque Cordero, who infused twelve-tone writing with the folk rhythms of his native Panama.

In his Four Novelettes, Anglo-African late-Romantic composer Samuel Coleridge-Taylor demonstrates graceful lyricism with a light, balletic touch that is almost reminiscent of Pyotr Ilyich Tchaikovsky, subject of the festival’s 1998 season, whose soulful Serenade for Strings concludes the concert.
The Orchestra Now, conducted by Leon Botstein, Andrés Rivas, and Zachary Schwartzman