What’s On / Past Events / Program Two: Sons of Bach, Sons of Palestrina 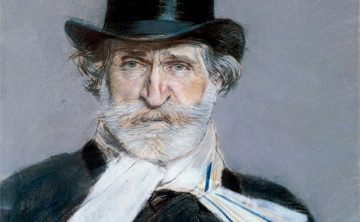 Despite distinct differences between "Northern" and "Southern" musical traditions, Italian composers drew inspiration from their Northern neighbors too. Puccini's grandfather Domenico composed principally for piano, and Busoni is well known for his virtuosic Bach keyboard transcriptions. Verdi, Ponchielli, Puccini, and Wolf-Ferrari are among the many opera composers who also dabbled in chamber music, lieder, and other traditionally Austro-German forms, resulting in such gems as Puccini's elegiac, dark-hued quartet movement, Crisantemi, melodies from which he would later repurpose in Manon Lescaut. And as Verdi's influence began to wane, Casella, Respighi, and other members of the generazione dell'ottanta eschewed opera for instrumental writing, setting a new agenda for Italian music in the 20th century.