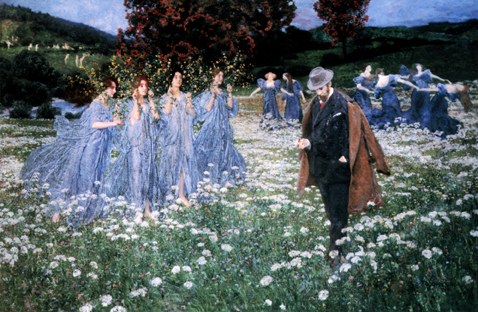 The visionary director Thaddeus Strassberger, who staged Les Huguenots at SummerScape 2009, is at the helm of this lush production of The Distant Sound. Click here for a PDF of an interview with Strassberger.

Fritz, a composer, forsakes a woman’s love for an imagined sound that is but the distant echo of her presence. But the opera is only partly about Fritz and the elusive ideal that shimmers, mirage-like, beyond his grasp. It is also about how Grete, the composer’s beloved, is exploited by the society she lives in, and how she survives by retreating into her dreams. Schreker’s masterful melding of disparate dramatic devices and psychological and cultural forces, along with the remarkable degree of his musical creativity, combine to make The Distant Sound one of the seminal works of 20th-century opera.

Special support for this program is provided by Emily H. Fisher and John Alexander.

* Round-trip transportation from Manhattan to Bard available for this performance. Fare is $20. Reservations are required.