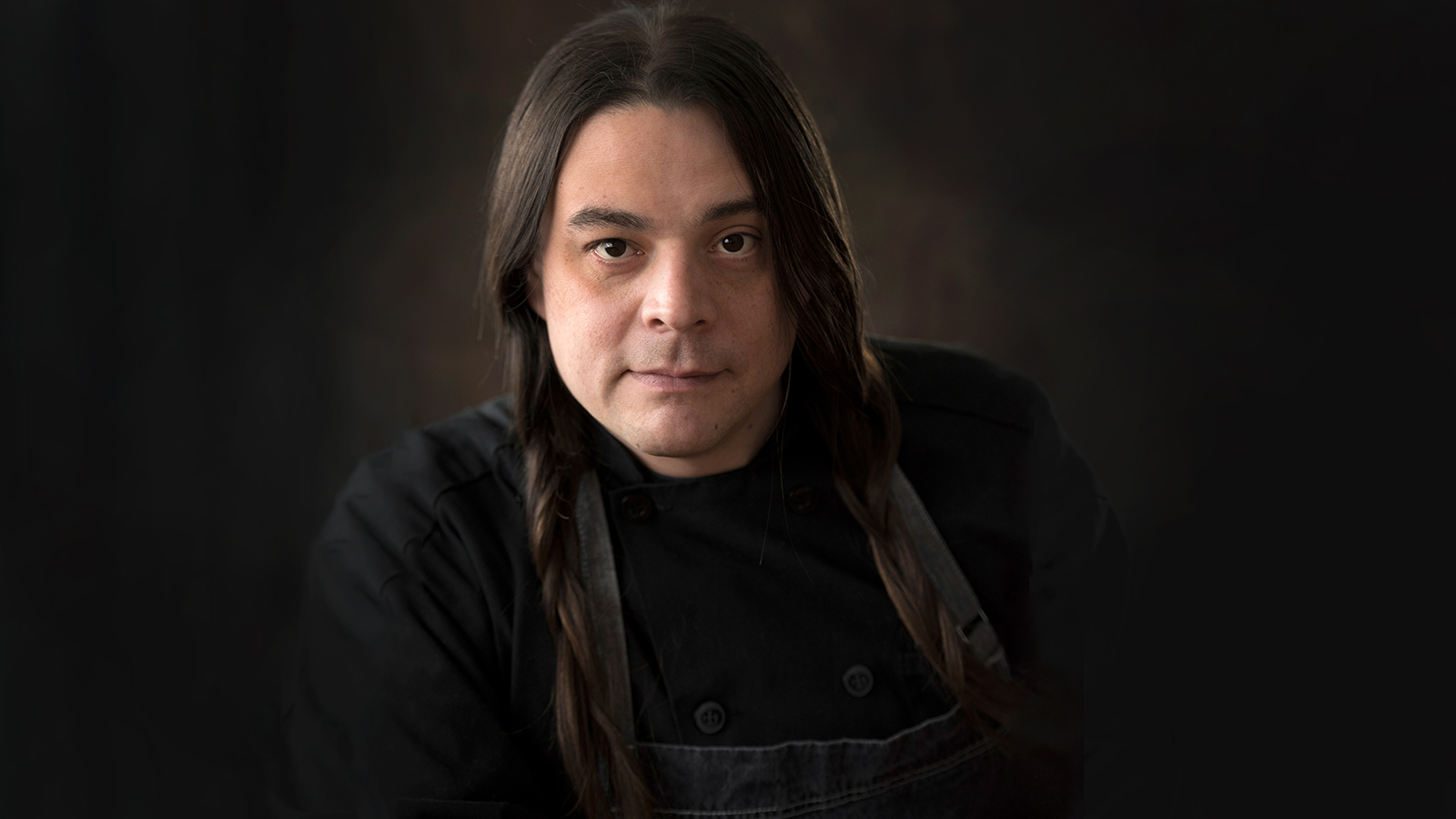 The (R)evolution of Indigenous Food Systems of North America


Chef Sean Sherman, Oglala Lakota, born in Pine Ridge, SD, has been cooking across the US and Mexico over the past 30 years, and has become renowned nationally and internationally in the culinary movement of indigenous foods. His main focus has been on the revitalization and evolution of indigenous foods systems throughout North America. Chef Sean has studied on his own extensively to determine the foundations of these food systems to gain a full understanding of bringing back a sense of Native American cuisine to today’s world. In 2014, he opened the business titled, The Sioux Chef as a caterer and food educator in the Minneapolis/Saint Paul area.  He and his business partner Dana Thompson also designed and opened the Tatanka Truck, which featured pre-contact foods of the Dakota and Minnesota territories.

In October 2017, Sean was able to perform the first decolonized dinner at the James Beard House in Manhattan along with his team. His first book, The Sioux Chef’s Indigenous Kitchen was awarded the James Beard medal for Best American Cookbook for 2018 and was chosen one of the top ten cookbooks of 2017 by the LA Times, San Francisco Chronicle as well as the Smithsonian Magazine. This year, Chef Sean was selected as a Bush Fellow, as well as receiving the 2019 Leadership Award by the James Beard Foundation. The Sioux Chef team of twelve people continues with their mission to help educate and make indigenous foods more accessible to as many communities as possible through the recently founded nonprofit North American Traditional Indigenous Food Systems (NATIFS).

The (R)evolution of Indigenous Food Systems of North America

Sean Sherman, Oglala Lakota from the Pine Ridge reservation, and the founder of the company The Sioux Chef, is committed to revitalizing Native American cuisine. Through his research, he has uncovered and mapped out the foundations of the indigenous food systems through an indigenous perspective. Chef Sean has become renowned nationally and internationally in the culinary movement of indigenous foods and with an ever-growing team of indigenous minded peers, is leading a movement to completely redefine North American cuisine through the understanding and utilization of indigenous food knowledge. This is an evolution of Native American Foods, taking important educations of the past and applying them to the now.Run time is approximately 50 minutes, followed by a Q&A and book signing.
Support comes from The Center for the Study of Land, Air and Water, American Studies, Fisher Center, Environmental and Urban Studies, Bard Farm, Bard Office of Sustainability, Experimental Humanities, CCE, ELAS, TLS, and Oblong Books.
Event Schedule
October 29, 2019 at 5 pm